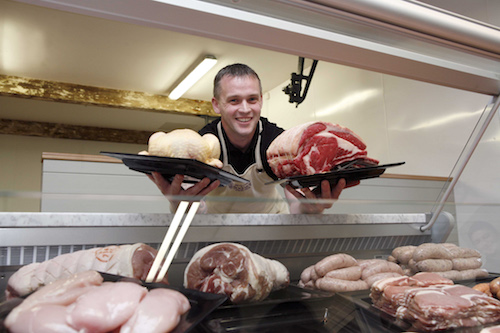 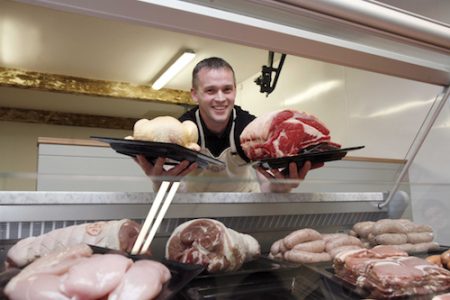 Bodnant Welsh Food Centre has been recognised in this year’s RICS Awards receiving the Building Conservation Award for its conservation work at an historic Conwy farm.

Michael and Caroline were keen to create an innovative centre for the production, promotion and enjoyment of Welsh food and have transformed what was previously a range of 18th Century farm buildings at Furnace Farm, just off the A470.
Bodnant Welsh Food Centre provides local suppliers of high quality produce an outlet to sell their goods.  Local firms were also contracted to renovate the former farm buildings including the main building contractor K&C Construction, consultants Capita Symonds and stonemasons R G Owen.

When unveiled in 2012 the centre received a fanfare opening by the Prince of Wales and the Duchess of Cornwall and in 2014 welcomed 243,000 visitors from around the globe.

The panel of judges in the RICS awards has praised Bodnant Welsh Food Centre for breathing new life into the 250-year-old Furnace Farm complex at Tal y Cafn. They hailed the project as “an exemplar of sensitive conservation that is truly sustainable,” as well as praising the renovation for creating viable jobs and apprenticeships, whilst promoting local food and drink.

Bodnant will now be entered into the national RICS Awards where it will compete against other leading projects from across the UK later this year.

The project has preserved a number of old, formerly redundant buildings bringing tired structures back to life, instead of constructing brand new buildings.

Bodnant has also been named Welsh Farm Shop of the Year, and as the best in the UK by the prestigious BBC Good Food magazine. The venue also picked up gold and silver awards in the Welsh Awards for Excellence in Meat Products for its pies, sausages and burgers.

The centre was funded with £3.3m from the Welsh Government including the European Regional Development Fund, Targeted Match Fund and a Processing and Marketing Grant as part of the Rural Development Plan.

More than 50% of the produce sold and eaten at the shop has been sourced from North Wales while 70% of the total produce is sourced from across Wales.  More than 60 local employees have been recruited to staff the centre which has been a great economic boost to the rural, agricultural area.

The centre has also provided a home for a new National Beekeeping Centre for Wales, offering an attractive venue for beekeepers, the general public, schools and conservationists. The centre offers training courses for all levels of beekeeping and a visitor centre with observation hives.

Short cooking demonstrations with visiting chefs and longer courses are available at the centre, as is accommodation for visitors. There is also a production unit for cheese, ice-cream and yoghurt, as well as a bakery, with the potential for more production to take place on site.