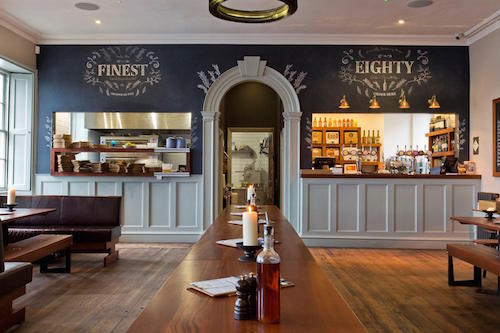 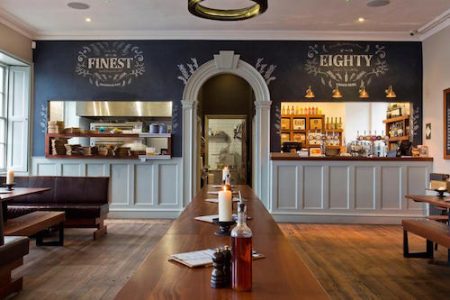 The latest addition to the Stable Bar & Restaurant brand has opened its doors to the public this March, in Plymouth’s Sutton Harbour.

The venue, which is the brand’s eighth restaurant, has created 20 new jobs in the area, as well as offering the dining public of Devon a range of freshly cooked pizza and over 80 ciders.

The Stable is the brainchild of Richard and Nikki Cooper, and Richard’s brother Andy Briggs. The concept came to life after Richard and Nikki bought The Bull Hotel in Bridport and decided to convert an old stable adjacent to the property into a pizza and cider restaurant. 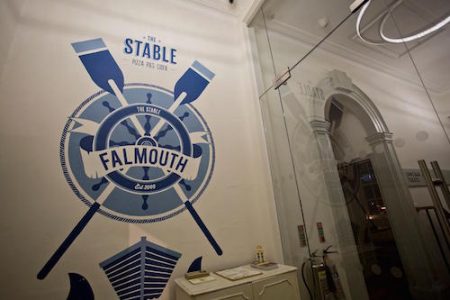 Since then, the brand have remained committed to quality, local ingredients, providing customers with a selection of interesting unusual topping combinations on their organic sourdough pizza bases. Following the success of their first restaurant the brand have opened six more venues in Bath, Bristol, Newquay, Falmouth, Weymouth and Poole.

With reference to their latest venture in Plymouth Nikki Cooper commented:

“The opening weekend was a great success and the team worked really hard to finish The Stable in time for Easter. We thought it would be busy as there was a lot of excitement building up on social media but with the sun coming out and the magnificent views over the harbour, people just flocked in. 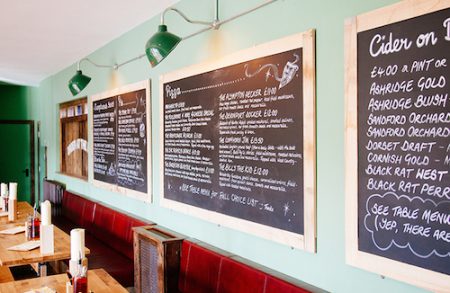 “We easily achieved our covers target and it was great to welcome hundreds of locals and tourists through the door.”

The waterside venue will host regular music nights and the popular Tuck Tuesday with selected pizzas, side salad and a drink for £10. The Stable is well known for naming some of its handmade pizzas after local historical figures or places of interest and the Plymouth site is no exception. If The Sir Francis Drake and The Barbican Blaster tickle your taste buds then Plymouth’s newest dining experience is the place to visit.

The venue is also being nominated in this year’s “Wood Awards -Excellence in Architecture.”

The brand’s Falmouth venue has also been recognised for its impressive interior design following its nomination in this years Restaurant Bar & Design Awards. 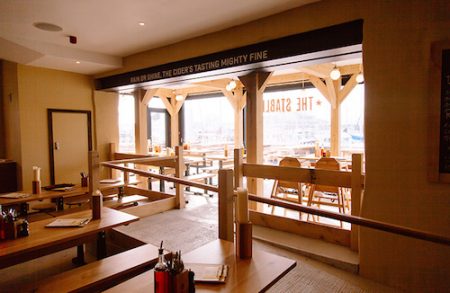 Premier Hospitality caught up with Martyn Chaplin, Director of Arc Design Build ltd, who has worked with The Stable since their inception. Martyn commented:
“At Plymouth we acted as the project managers and contractors, prior to which we worked directly for Richard and Nikki building the earlier restaurants.”

“Over the years I’ve worked on many historical buildings and timber frame structures, so it was pinnacle of my career to have worked on a beautiful building in Falmouth, be nominated for our work, as well as see the pleasure people are getting from the venue.” 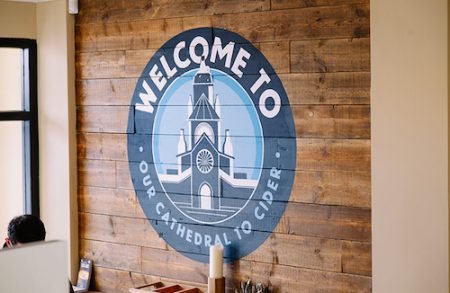 Works completed in September 2014 on the Falmouth venue following a sympathetic works programme on the Grade II* Listed building. The on-site team worked closely with heritage officers in order to retain the authenticity and original features of the iconic building; which used to be the old customs house.

Working with English Heritage, arc design build bought in specialist trades people, used a range of materials including lime mortar, roman cement and mineral paints to ensure the history of the building was not erased by it being transformed into a restaurant.

The building was stripped out and the two storey venue was renovated using reclaimed materials and down to earth, ergonomic designs. The façade of the old courthouse has been restored along with the buildings impressive pillars. 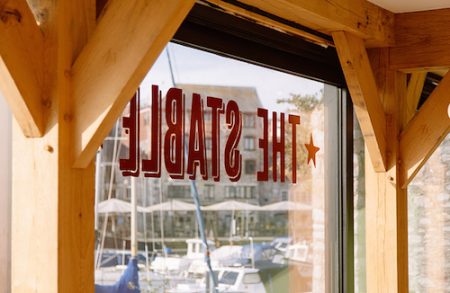 The first floor Georgian classic room has been renovated into a number of private dining rooms and a large restaurant space, complete with modern features. The long room, where the customs officers once sat, has also been renovated with the cornicing around the edge of the room replaced with manufactured ornate roses.

The basement area, which was previously used as a storage space, boasts a rustic and earthy vibe.

For more information about The Stable brand, please visit www.stablepizza.com .

Oakwrights were commissioned to design and build the restaurant’s extension. The new addition houses an oak frame clad in timber and glass with a large open air first floor deck and seating area which overlooks the beautiful Quay. 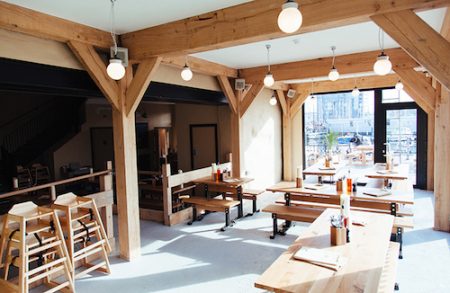 “At Oakwrights we have been steadily expanding our portfolio of commercial buildings having worked with co-owners of the stable, Fullers Brewery, previously.”

Oakwrights are industry pioneers of oak frame structures. Having gained experience in the home sector in the last 20 years the firm are now being employed to add that extra dimension to a variety of commercial properties!