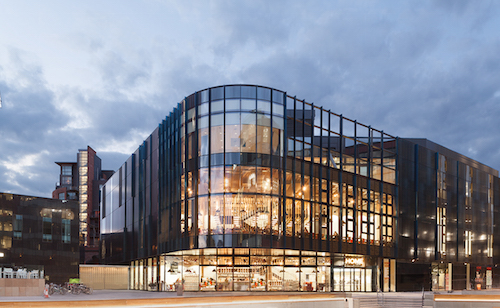 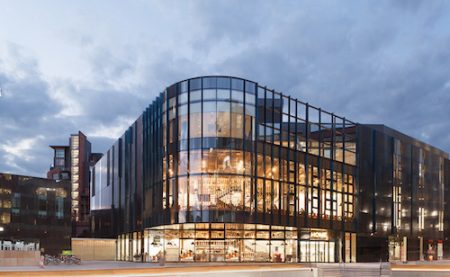 The fantastic new facility celebrated its opening with a HOMEwarming Weekend from Thursday 21st – Monday 25th May and boasts a 450-seat theatre; a 150-seat flexible theatre; a 500m², 4m high gallery space; five cinema screens; digital production and broadcast facilities; and a café bar and restaurant. 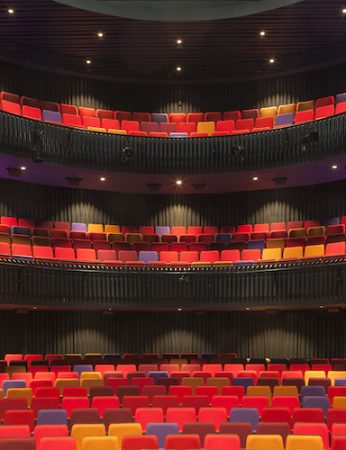 The £25million venue was created through a £19 million investment by Manchester City Council, as well a £5 million injection from the Arts Council England Lottery, £250,000 from the Garfield Weston Foundation and £150,000 by The Granada Foundation. The remainder of the funding was provided via fundraising.

“We are a HOME for everyone, staging challenging and critically engaged art, yet connected to our city. We exist to produce outstanding art, create unforgettable experiences, develop skills, and make a genuine difference to people’s lives. Being part of HOME, whether you’re an artist, an audience member, or part of our local communities, will be something rather special.”

“The opening of HOME marks the newest high-profile addition to Manchester’s renowned cultural scene – a scene that brings with it huge economic benefits and is a big part of what makes the city a place that people want to live, work and invest in. 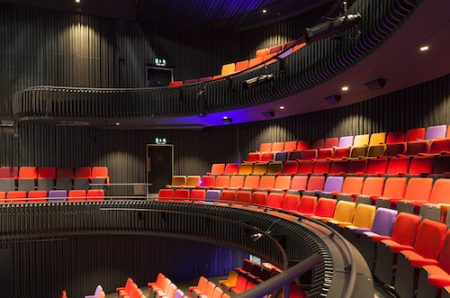 “Its unique location in the heart of First Street has been a catalyst for the creation of a new cultural and commercial quarter that is fast developing in the surrounding area, and that looks set to bring even more jobs and further investment into the city.”

HOME has been expertly designed by Dutch architects Mecanoo, working in corporation with Concrete of Amsterdam. Mecanoo is a RIBA Stirling Prize nominated design practice, selected for the HOME project following an international design competition which took place in 2011.

HOME has been designed to meet the highest industry specifications for the commissioning, production and hosting of critically engaging and technically complex artistic projects. HOME’s striking exterior acts like a beacon, while the welcoming public spaces and social areas within are designed so that HOME is inviting to all. 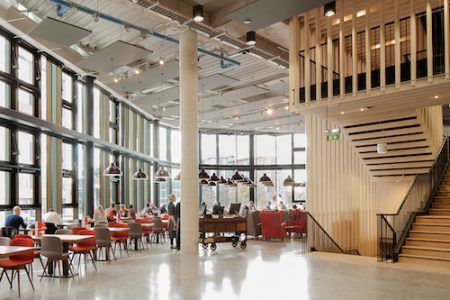 “HOME is the anchor for the developments around First Street and gives Manchester a new cultural epicentre. Our challenge was to create an intimate space that feels both new and familiar. HOME was envisioned as an actual home, a place where you can meet friends, see a movie or watch a performance; a cultural home.”

Externally the building’s characteristic, triangular shape and rounded corners creates a strong visual identity. Meanwhile, internally the triangular floorplan allows for a series of unique rooms inhabited within the three corners, including one of the site’s five cinemas. 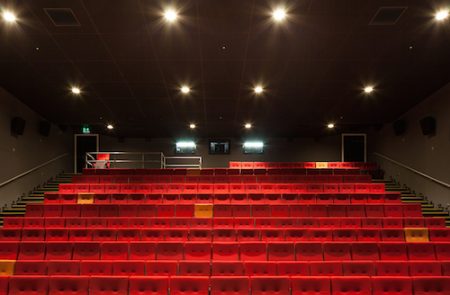 The main theatre – which is located on the first floor – contains 450 seats, whilst the second floor houses a smaller, 150-seat flexible studio theatre. The third and fourth floors of the building house HOME’s five cinema screens.

A central stairwell provides access to the different floors of HOME, with the restaurant and bars spread throughout. The food and drink facilities are offered at different locations across HOME so that the building can be used independently, if required.

Wates Construction was the main contractor on HOME, with BuroHappold Engineering responsible for the structural, electrical and mechanical engineering work. MACE was the project manager on HOME, whilst AECOM Design Management was the design management and cost consultants. 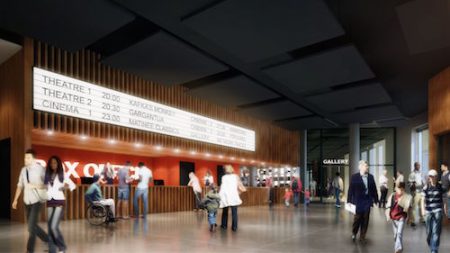 Theateradvies of Amsterdam and Charcoalblue of London were the theatre consultants on HOME.