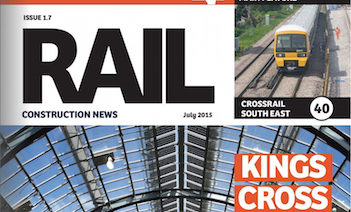 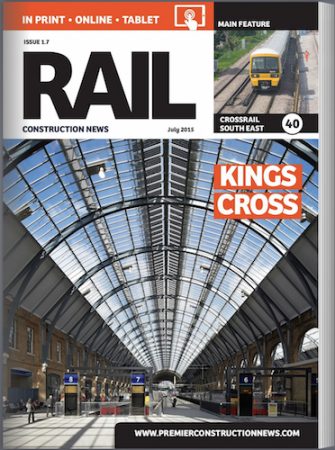 In this month’s issue we catch up with the latest works at the South East Section of Crossrail set to complete in 2018, explore the multi-million pound development at Birmingham New Street Station and find out more about the newly completed Todmorden Curve project.

Works to install a new two-mile section of track between the Crossrail tunnel portal at Plumstead and Abbey Wood station is progressing well and is due to complete in 2018.  More than a mile of new track has been laid by Network Rail so far, representing the first section of dedicated Crossrail track to be installed anywhere along the route.

Works so far has included the re-alignment of the existing North Kent line, which serves trains between London and Kent, and the replacement of the Church Manor Way footbridge. The scheme has also comprised the installation of two new overhead electrified Crossrail lines to the north of the North Kent Lines, starting from a tunnel portal at Plumstead and continuing to Abbey Wood, which is the terminus station on the south-east section of the Crossrail route.

In focus this month is the Gateway Plus project in Birmingham set to comprehensively redevelop Birmingham New Street Station, creating a world class transport, shopping and community icon in the heart of the city, is due to be completed this autumn.

The complex, multi-phased development to increase passenger capacity for one of Britain’s busiest transport interchanges also includes the redeveloped and re-named new Grand Central retail centre, set above the station and home to 60 stores across 500,000 sq ft, anchored by a 250,000 sq ft John Lewis department store – all while keeping the existing station operational.

The eagerly anticipated Todmorden Curve project has been completed. The scheme which involved the reinstatement of a 500 metre stretch of rail track, which has been closed since 1972, was completed in May 2015.

“The reopened Todmorden Curve is a significant improvement to the railway in this part of the country and will allow services to run directly between Manchester Victoria and Burnley Manchester Road for the first time in decades.”