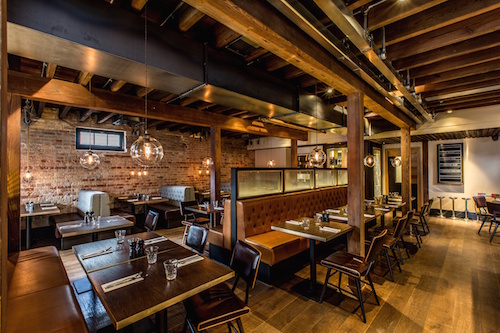 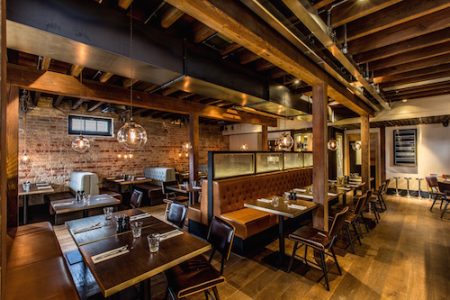 Chop Bloc has opened its doors in Chelmsford offering local diners and drinkers a three storey haven to enjoy the very best steaks, burgers and cocktails.

The venue is housed in a listed 18th century former brewer’s building which has been carefully renovated to provide customers with the ideal environment to sample the menu’s wares.

Those fancying a tipple with friends or loved ones can head to the Bloc Bar, located on the second floor of the building, and sup the finest cocktails in town. The Chop Bloc brand are passionate about meat and source all their steaks from Hereford cattle which graze freely on grass on farms that adhere to strict animal welfare practices.

The Hereford is one of the UK’s oldest native beef breeds, originating in the County of Herefordshire in the mid-1700s. Hereford cattle are reared in the traditional way and so, according to Chop Bloc, produce quality beef that is naturally marbled, succulent and full of flavour.

The venue’s experienced chefs cut all steaks straight from the primal allowing customers to choose the cut and watch it cooked in the Josper grill. 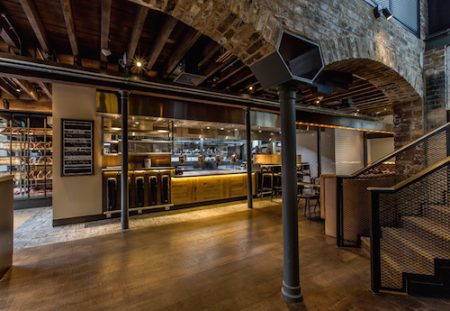 HCM Interiors acted as the main contractor on the project after being suggested for the role by project designers Design LSM. We caught up with Jason Beedle, Managing Director at Harris CM, to find out more:

“Works began on site in September last year and we handed over to the clients in January 2015. The venue had previously been two commercial units; The Early Learning Centre and a Sports Direct so we had to convert it to one structure. The owner obtained a change of use licence so it could be used as a restaurant.

“We undertook two contracts; one with the building’s landlord Tesco Pension Fund and one for the client. The initial £430,000 contract included enabling works to re-roof the main building, put an extension on the back and install a passenger lift, as well as install new drainage.

“On behalf of Chop Bloc we undertook the fit out works.”

The venue now comprises an open kitchen on the left hand side of the venue adding a sense of theatrics to the cooking process. The dining area is located right hand side of the ground floor, as is the newly installed passenger lift that gives access to the rest of Chop Bloc.

The second floor comprises more dining space, a small bar to the left hand side of the space, surrounded by a large feature bar spanning the whole floor. Those wanting a more intimate dining experience can hire out the venues private dining space which is also located on this floor.

The third level provides yet more dining and drinking space and the roof aperture contains the plant works. 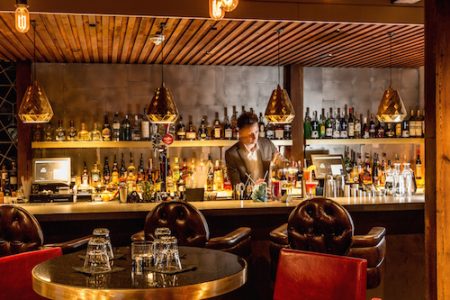 The steel and copper staircase acts as a main feature of the venue wrapping around the newly constructed passenger lift. Working alongside heritage officers the team have maintained the structures existing features including the 18th century archways and beams.

The venue also comprises bespoke featured seating which again acts as a focal point of the venue. The walls were completely stripped back and sandblasted so the original stonework of the building was exposed.

The conservation officers outlined specific areas of the building that the onsite team could not damage which meant the main envelope of the building remained completely intact throughout the project.

When HCM Interiors undertook the re-roofing of the venue they had to replicate the original roof design, using 21st century materials.

Jason said it was a pleasure to be involved with the scheme, he added:
“We completely upgraded the venue to expose the character of the building and are proud to have worked with Chop Bloc. We hope to work with the clients again and do our best to maintain longstanding relationships with all of our clients.”