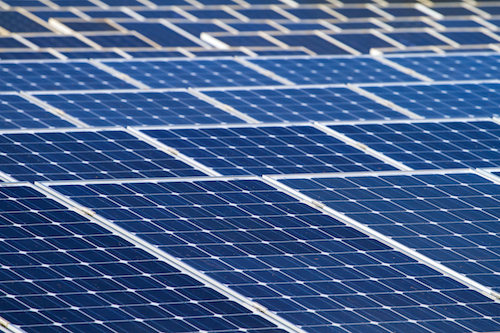 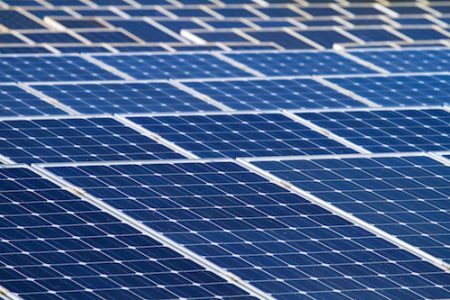 A major new £49m solar park – Raventhorpe in Scunthorpe, and another solar park – Roanhead, in Barrow in Furness – have recently been completed.

Lead developers for both schemes were Kinetica Solar, in conjunction with Welink Energy as Joint Venture partners.

The EPC Contractor was China Triumph International Engineering Company (CTIEC) and the panels used in both projects were manufactured by Jetion Solar.

In order to mitigate project and construction risk, the schemes were constructed in tandem.

Raventhorpe Solar Energy Park is North Lincolnshire’s largest solar energy park, covering 193 acres and containing 153,000 solar panels. The park, which is able to export around 39MW of electricity, exclusively supplies the adjacent Tata Steel Works. Kinetica Solar believe the Raventhorpe project to have been the largest ‘private wire’ solar PV connection in the UK at the time of its submission to North Lincolnshire Local Planning Authority.

The site was low grade agricultural land and the works were preceded by a significant amount of ecological and archaeological investigation surveys.

Initially, access tracks were created across the site and construction started in January 2015. The project required the installation of 30,000 supporting piles for the solar tables, with the solar modules then being laid on top. 2,000km of cable was also installed. The solar farm is designed to be operational for up to 30 years, after which it will be returned to permanent agricultural use.

Environmental features of the site have been retained, utilised and where possible, enhanced. Existing tree cover and vegetation has been preserved or maintained to provide screening of the site.  In addition, an existing public right of way has been retained through the site, with the impacts of the development being mitigated through the planting of a native species hedge along both sides.

Species rich grass has been planted in buffer zones surrounding the site to maximise the ecological value, and meadow grassland is being established within the development to enable the site to be grazed.

Mammal flaps and access corridors have been provided to allow mammals such as hare, fox and deer to roam freely across the site, and nest boxes for birds and bats have also been installed.

“Due to the abrupt changes in Governmental policies and closure of the Renewable Obligations Scheme, we and others in the Industry were left facing hugely challenging project completion timescales. Planning permission was granted November 5th 2014 and the site was commissioned in March 2015. China Triumph effectively managed a complex logistical exercise in a short space of time.

“We are currently exporting the green energy generated on site under a power purchase agreement with Tata Steel, which will be reviewed periodically.

“This is an important project for our company and our largest scheme so far. We are certainly happy with the results and are proud of the project.”

The solar farm has been installed on three adjoining fields, separated by hedgerows, with the existing boundary landscaping features being retained and enhanced as part of the scheme, with new hedgerow planting to reinforce selected field margins.

The site was originally grazing land, and continues to be used for grazing between the panels. A major advantage of this site is the minimal impact it has on the landscape, due to it being well hidden.

CTIEC constructed the site in less than one month, and in parallel with the larger Ravethorpe scheme.

“This was a much smaller site than Raventhorpe, although the construction process and contractual relationships remained the same. This was an effective method of managing the construction and project risks associated with commissioning two solar projects concurrently,” said Nathan Welch.

The solar park was commissioned in March 2015 at the same time as the Raventhorpe scheme.

Fichtner Consulting Engineers Ltd offers proven capability in all aspects of solar energy project development, implementation and consultancy.  The company have been in operation in the UK since 1991 with a strong track record built on the core principles of quality, engineering excellence, integrity and community.

Fichtner were initially engaged by Kinetica Solar Ltd to review an existing grid connection offer for the Raventhorpe site. This expanded into acting as the developer’s electrical consultant and establishing a private wire connection into the local steelworks site in order to meet ROC deadlines.

“Projects like this provide an exciting challenge for everyone involved; everybody needs to be focussed for the entire project and real attention to detail must be maintained. Mistakes which could be minor have a huge impact on the successful delivery of the finished development. They also help to raise awareness for the ecological benefits of renewable energy developments.”

Fichtner also acted on behalf of the site owner to ensure that the site was constructed safely and that the quality of the installation was not compromised.

“We pride ourselves on the realistic approach which we take to project development and assessment; identifying risks and finding solutions to mitigate against them.”