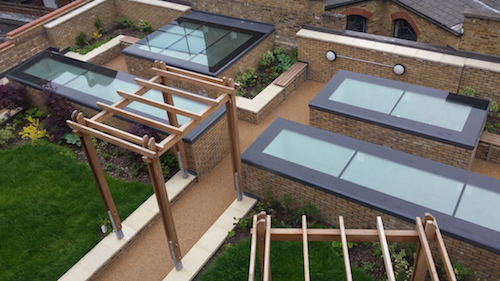 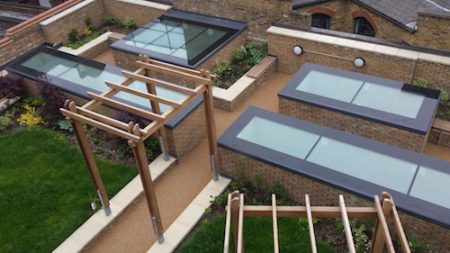 Exemplary site management backed every step of the way by first class work from a dedicated site team, won the day for delighted Pride in the Job Quality Award winning Project Manager Ray Hooper and Site Manager Danail Kostadinov, for their work on London Square’s Bermondsey Village development in Bermondsey.

Located at the corner of Lamb Walk and Morocco Street, Bermondsey Village is a stylish and distinctively designed four-storey new build development of 29 apartments, including one and two bedroom homes and three bedroom penthouses, recently completed and now sold out.

“I was really surprised and elated that we won the award – we had a lot of heartache and hardship to overcome on this contract, although we won through and completed 12 weeks ahead of schedule. I am really proud of what we achieved – and not just the company site team, but also all the really good subcontractors we had working with us,” said Ray. 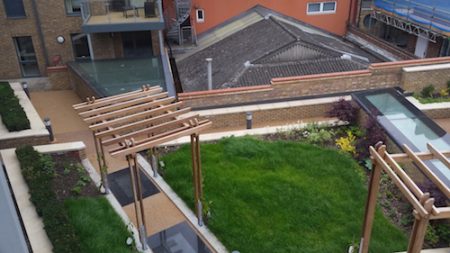 He added: “The major internal fit out contractor Stanmore, who also constructed the internal skin of the building and worked on the top floor external facade zinc shingle array, did a good job and was very meticulous, as were Project Kitchens who designed the kitchens and were very thorough and professional. Landmark Brickwork who carried out the brickwork also did an excellent job, as did Contour Roofing and Sky Gardens who undertook the landscaping work. We also had a very good electrician.

“Winning a Pride in the Job Award cannot be done by the site manager alone – it needs the combined effort of everyone on site, including good subcontractor managers and good subcontractor teams, because in the end you are only as good as the people you have working for you on site.

“The contractors had a number of significant challenges to overcome, including site access, as well as design and supply issues. The brick supply element was particularly difficult, because during the previous recession, many of the brick kilns in the UK had been shut down and so we had to look to Europe for some of the bricks needed.” 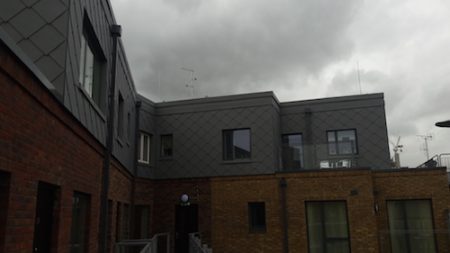 This is Ray’s second Pride in the Job Award, with the first being won on the Tredegar T3A development in 2006, during his time working for another company.

The Bermondsey Village project commenced with the demolition of a former recording studio which previously occupied the site.

The new building is structured around a concrete frame to third floor level, with the fourth floor being a composite steel framed structure.

The external facade from ground to third floor is in a combination of four different colours of brick, with the fourth floor in a diamond pattered zinc shingle. Bricks are in a red, buff, brown and red and purple multi-stock. 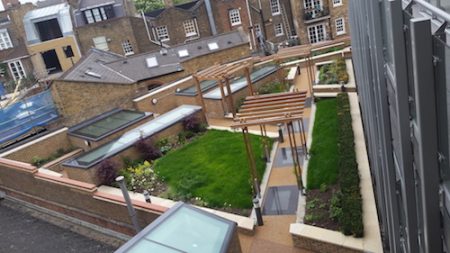 Ray said: “A lot effort went into the brickwork – especially the first three floors with four colours of brick of which one was a European metric format, with the rest being British. Every five courses of the European brick equaled four courses of the British brick, so when we were working on the main splay corner at the junction of Lamb Walk and Morocco Street, a lot of time and trouble had to be invested into gauging the brickwork right to ensure that every fifth course of European brickwork met the fourth course of British standard brickwork.

“In addition, site access was restricted. We were allowed to use Lambs Walk from 8am till 6pm, after which we had to surrender the road to the general public. We also had a luffing jib crane servicing the site.” 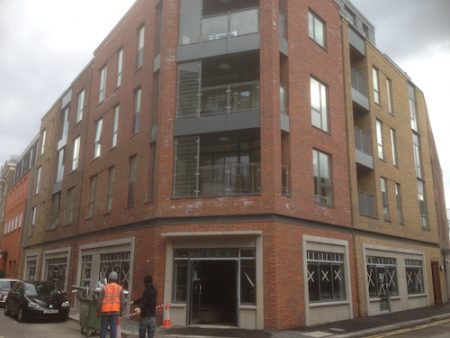 The windows are Velfac with aluminium exterior and timber interior frames, and the building has an insulated Sarnafil roof.

The ground floor of the building comprises space for between one and four shop units and a reception area for the apartments, which are served by a lift. The shopfronts feature a reconstituted stone surround, and long skylights by Vision AGI admit natural light into the shop areas below.

The one and two bedroom apartments are arranged on second and third floor levels, with three three-bedroom penthouses occupying the fourth floor. The apartments are approximately 70 sq m and the penthouses are 90 sq m. A percentage of the development is dedicated to social housing.

Each apartment has a private concrete inset balcony with the penthouses benefiting from extensive sun terraces. The inset balconies are enclosed by either steel railings and aluminium panels or glazed balustrading with glass louvered side panels. 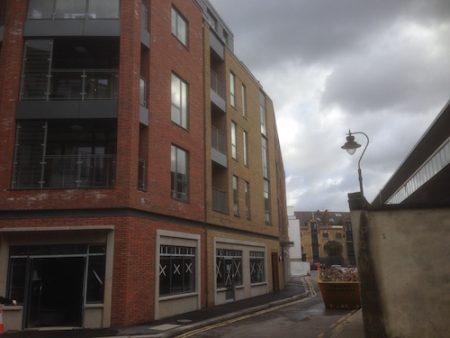 Every property is finished and equipped for luxury living with emphasis on natural light, space and modern functionality.

A heat recovery system recycles warm air within the apartments and the underfloor heating is fed by air source heat pumps. The apartments have wooden laminate flooring in living areas, with Domus tiling in bathrooms and carpeting in bedrooms. 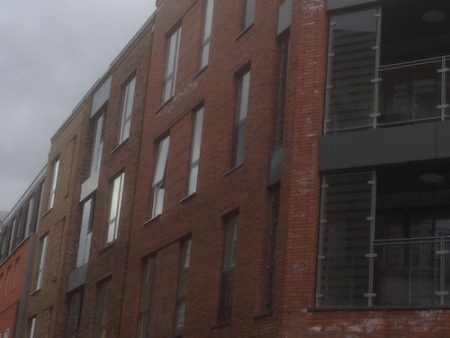 The building has a podium terrace garden at first floor level, providing a private green oasis for residents. The garden is complete with ornamental and specimen shrub planting, timber pergolas, hard and soft landscaping, a sculpture water feature and resin bonded footpaths. A steel and glazed walkway on two levels serves apartments overlooking the courtyard. “I loved the garden which was much better than I expected, in fact I was amazed at how nice it was,” said Ray.

The project commenced in September 2013 and was finished three months ahead of programme at Christmas 2014.

Bermondsey is now a singularly unique and niche pocket of London, perhaps best epitomised by the atmospheric charm and artisan culture of Bermondsey Street itself. 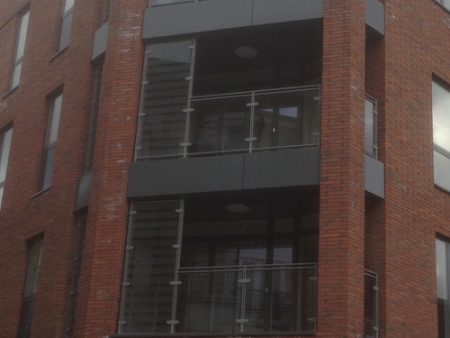 Today, Bermondsey is a statement of contemporary style – and one of the most sought after residential addresses in the capital.

The White Cube Bermondsey art gallery is located virtually opposite the Bermondsey Village apartments on Bermondsey Street and is the largest of the gallery’s three London venues. White Cube hosts a diverse programme of exhibitions, art displays, film and selective events.

London Square take their name from the ethos of London’s famous squares and the sense of community and enduring legacy they have provided over the centuries.

Respectful of the past and inspired by the future, the company is committed to creating exceptional properties which reflect the aspirations of residents, stimulate thriving communities and set a new benchmark for modern living in the capital. 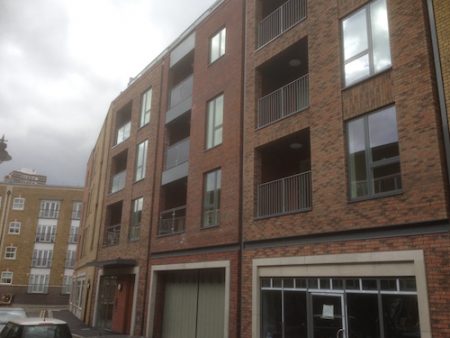 Founded in 2010, London Square has already created a development pipeline worth over £1 billion. By focusing solely on the capital and its surrounding areas, the company specialises in developing homes that are worthy of this magnificent city and the demands of its residents.