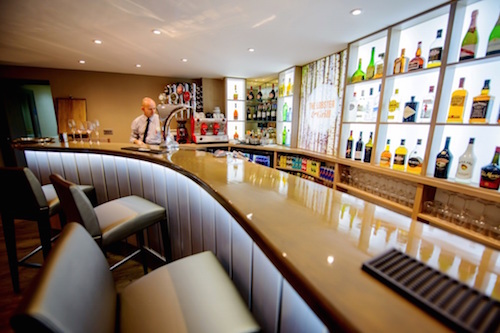 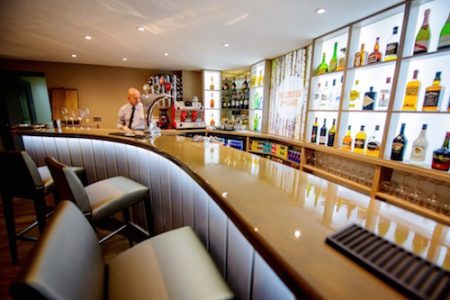 Impressively transformed with a stunning new restaurant, bar and lounge, the new Lobster & Grill Restaurant & Eddie’s Bar at the Le Friquet Hotel in Guernsey has got off to an excellent start, with diners flocking to try the new venue.

“Since the new 62-cover restaurant opened, it has been a huge success – lobsters have been selling in their hundreds,” said Paul Rowe, managing director of Le Friquet Hotel.

“We have also had some good reviews on Trip Advisor – so we are very happy, although definitely not complacent,” he added.

The design of the new interior too, has made a big impression – so much so that the hotel was approached by another Guernsey hotelier, who wanted the same interior designer to carry out a project for him on the strength of his work at the Le Friquet Hotel.

He added: “We have never closed in 15 years, so the three month closure required for the project was a huge disruption to business. In view of the sheer amount of work needed in such a short time, we selected what we felt were the biggest and best contractors on the island – RG Falla. They did a very good job and completed on time.” 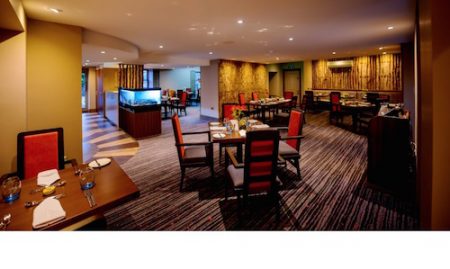 Initial works included the removal of two supporting walls which were around 5ft thick (the hotel was originally a traditional Guernsey farmhouse) and the installation of a large RSJ beam to support the floors above.

“The entire interior was stripped to shell state and we then knocked through into the lounge, where an extension with a feature fireplace was constructed out into the garden, where there is also an alfresco patio dining area,” said Paul Rowe.

The new restaurant has been created within what was previously the hotel’s Falcon Carvery. A small low profile version of the old carvery was retained as a minor element, for customers who have dined there for years, but is now open only at lunchtime and will gradually be phased out.

“As the hotel is set within four acres of landscaped gardens we wanted a design which would complement this rural country feel in a contemporary way,” said Paul Rowe.

One element of the new design within the restaurant is a whole wall in cork tiles, with photo murals of trees and forests on two other walls. Wooden flooring and a palette of neutral contemporary tones further enhance the decor. The new restaurant also incorporates a lobster tank with live lobsters as a central feature. 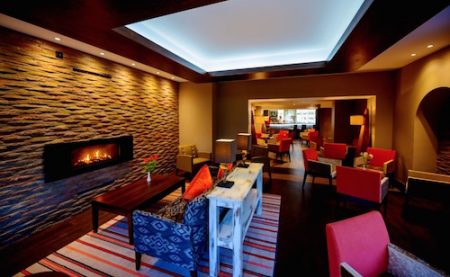 A considerable amount of electrical work was also carried out as part of the contract, including the installation of a new fire alarm system and a new sound system with speakers integrated into the ceiling.

The project commenced in January 2015 and was completed in March.