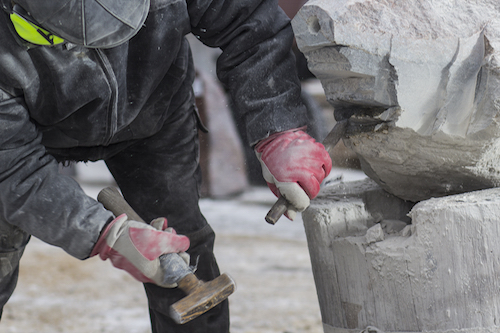 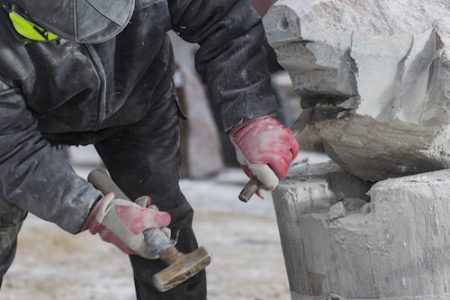 Established in 1928, W Stirland is a privately owned construction company operating primarily in East and West Sussex, Surrey and Hampshire.

The company is now managed by the third generation of the Stirland family; Managing Director Shaun Stirland.

The company’s core values, established in 1928, remain the same today, and the company prides itself in providing honesty, integrity, trust, a non-confrontational approach and having a passion for delivering the very best quality workmanship and a competitive price.

The company was founded all those years ago by Walter Stirland. Walter was born in 1900 and started his working life in the Nottingham coal mines at 8 years old. He trained as a bricklayer and worked laying bricks in the mines which led to his move to Southampton in 1923, where he continued the trade. Taking on a small number of other bricklayers he formed a team working for builders in the area which proved so successful that in 1925 he moved to Selsey, started buying small plots of land, building houses and bungalows and selling them on.

In 1926 Walter moved to East Wittering and took an office on The Parade where he continued to build residential property speculatively. In 1934 he bought land on the Birdham Straight and built a pair of semi detached houses, one of which he used as his office and from here began branching out into building contracting as well as developing and carrying out work in the local area. He built and moved into new offices on the same land a year later, from where the company carried out local authority, speculative and other commercial projects, as well as a house at the end of the Redmoor Estate which Walter moved into the day war was declared in 1939.

W Stirland has continued to grow from the same offices since and in 85 years the company has evolved into a construction contractor with a reputation for completing projects on time and to a high standard.

W Stirland is proactive in assisting clients in achieving their objectives, whether it be providing assistance in budget pricing, cost planning, value engineering, feasibility design or assisting the clients team in build ability or sustainability reviews.

The company has their own in-house code for sustainable homes, BREEAM and PassiveHaus accredited assessors. This enables them to provide detailed and cost effective advice on meeting the sustainability targets which the clients require. Whilst they have extensive experience in constructing masonry buildings, W Stirland actively promotes the use of off-site construction methods. The company has an ongoing partnership with Strief GmbH; a German closed panel system manufacturer with an enviable reputation for quality and speed of construction.

Working on a number of projects, W Stirland has a portfolio of completed projects across a plethora of sectors including residential, health, refurbishment, new build, factory units, offices, educational buildings, sports halls and recreational buildings. Offsite projects use modern methods of construction and are completed significantly quicker than if they had been constructed using traditional building methods. W Stirland is committed to carrying out its business in the most sustainable way possible, not just through the company’s works but also in the materials and products used. The company regularly carries out sustainability reviews in order to explore new approaches to reduce the carbon footprint.

The company’s primary design consideration is thermal efficiency and air tightness. The company also works hard to promote local business. Currently 78% of all orders placed by W Stirland go to businesses within a 30 mile radius of the project the order relates to.

W Stirland is additionally one of the founders of the Build East Sussex initiative which was formed to help East Sussex companies to obtain local work as well as providing training and support to smaller companies looking to expand.