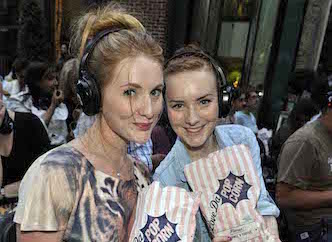 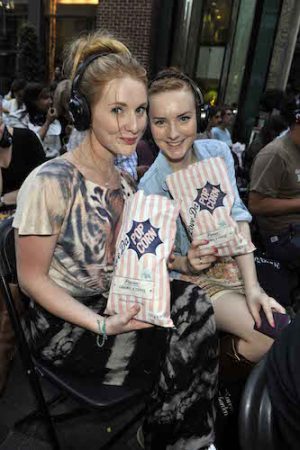 The courtyard is being transformed into an open‐air movie theatre to showcase a series of British films. A full-sized cinema screen will pop up for three nights under the stars, showing a variety of iconic films representing the many facets of British cinema.

Each film starts at 7:30pm with a variety of themed live entertainment before the main feature. Look out for Zombies roaming the courtyard, 1940s soldiers and usherettes, as well as a special performance from the cast of Billy Elliot.

Tickets are free and will be allocated through an online prize draw at www.stmartinscourtyard.co.uk.

If you’re not one of the lucky ones to win a pair of tickets, don’t panic – a small allocation will be available on a first come first served basis each night in the courtyard.

Wireless headphones will be given to the 140 lucky winners for each screening and a cinema experience wouldn’t be the same without a selection of tasty treats to nibble on. The ticket includes free sweets, popcorn and a selection of soft drinks.