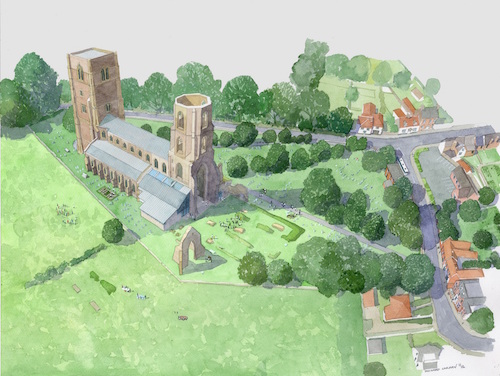 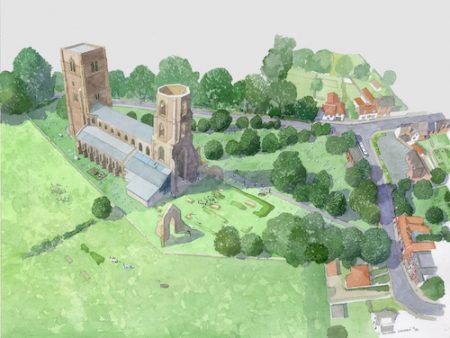 A major, multi-faceted £2.87 million building project is enhancing the magnificent, over 900 year old Wymondham Abbey, in a scheme including the construction of a new extension, the addition of wide-ranging new facilities and extensive restoration works.

Architects for the project are Freeland Rees Roberts, who praised the work of main contractors Draper & Nichols. The project, carried out for the Wymondham Abbey Parochial Church Council, has been funded by the Heritage Lottery.

Key elements of the works include the construction of a new architecturally sympathetic extension to the south of the abbey, incorporating space for information, interpretation, the display of items from the archive and a new area for visitor groups, including schools. The extension also incorporates new toilets and a kitchenette.

In addition, the extension provides protection for an important part of the original south elevation which contains important archaeology, and creates clear views from the abbey to the remains of the monastic site.

The ruined St Margaret’s Chapel is being restored and will incorporate a new meeting space; the abbey’s grand West Doors are being reinstated; the south aisle is being restored and a 100 year old plywood vestry is being removed to open up the interior space. New wrought iron railings are being installed within the east monastic tower, a blocked archway has been re-opened to the east and the historical link with the north aisle re-created. 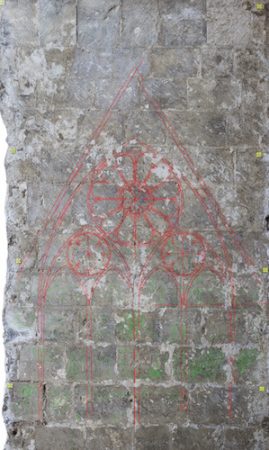 As part of the interpretation of the abbey, visitors will be able to enjoy a new medieval herb garden which will be cared for by volunteers.

All the new interventions are designed in traditional materials, but with a clearly modern vein, with lots of light and space.

Tanya Gomez-Duran of Freeland Rees Roberts said: “The project brief, which had been developed over a considerable time, includes a large element of visitor interpretation and the provision of flexible learning spaces for schools.

“The abbey is a Grade I Listed building and a scheduled monument, so we had to meet all the planning requirements and consents associated with this. We have also been working very closely with the Norwich Diocese and Advisory committee to make sure that everyone is happy with our proposals.

“In developing the south extension, we made every effort to ensure that the structure was a light as possible on the original building structure. We also incorporated large rooflights to allow views of the tower above.

“In addition to preserving this beautiful building, we have also ensured that it is wheelchair accessible and buggy friendly.” 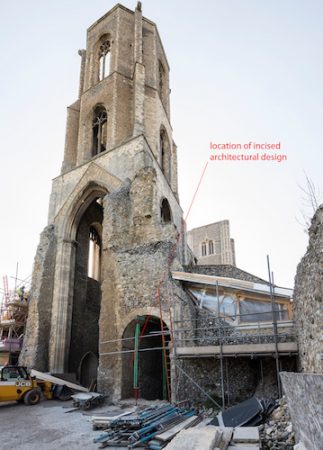 She added that an important discovery of a historic etched architectural design for a gothic window – one of the most complete designs in the country – was made when a Norman arch was unblocked. This feature will now be displayed behind a large glazed screen.

Speaking of materials used, she said:

“Traditional materials such as cream Clipsham Stone have been used in a contemporary fashion. The extension has a Terne coated steel roof, and a sedum roof has also been installed on the north side of the abbey.

“The project is going well and is due to be completed in October. Draper and Nichols have been very accommodating and have done a very good job.

“This has been a great scheme to work on and we hope that the project will show the abbey in a new light.”