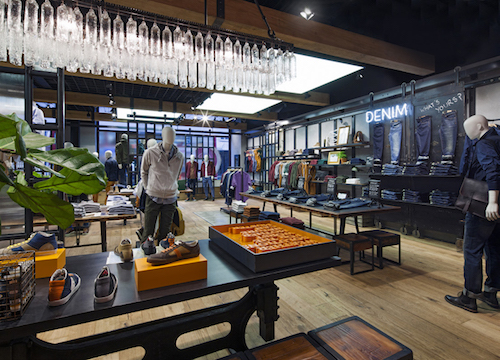 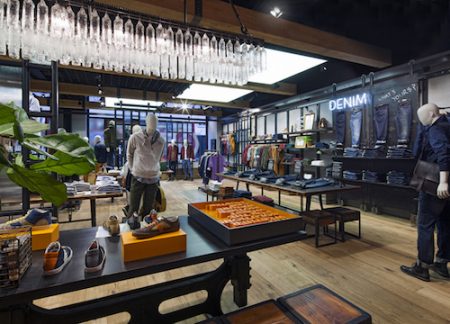 Situated at 144 Regent Street, London, Timberland Regent Street is a flagship store for the famous footwear specialist. The store boasts a fantastic range of men’s and women’s shoes and continues to wow customers ever since it opened in 2014.

Keen to find out a little more about the creation of such a store, Premier Retail recently caught up with Ross O’Brien of commercial fit-out contractor, Bluegroup Retail. Ross was the Project Manager on the Timberland store, taking the project from its initial design drawings – produced by Dalziel & Pow – into a fully operational retail experience.

“We have worked for Timberland for the past eight years. We were brought in on the early stages of this project, taking the concept from initial design drawings to a full fit-out. 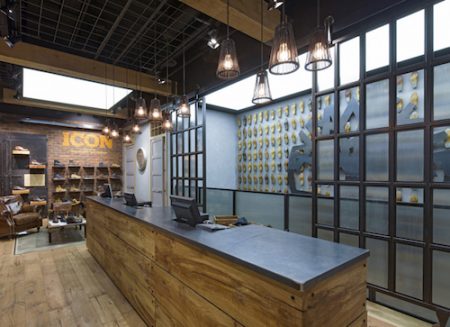 “The store is divided across two floors, covering a size of approximately 250 sq m, and although it is very much an open plan store, the layout is split into sections.”

One of the main design elements that customers will notice is the large factory windows, which were sourced and manufactured by Bluegroup Retail. The wall bays have also been specially made for the store, whilst large reclaimed oak beams line the ceiling and bespoke lighting – made by Cleveland Art in the US – illuminates the store.

Additional features include an activation space, which is located at the rear of the store and includes a branding work bench, as well as an Icon Wall which displays some of Timberland’s iconic footwear. A timeline is also included as part of the store’s History of Timberland display. 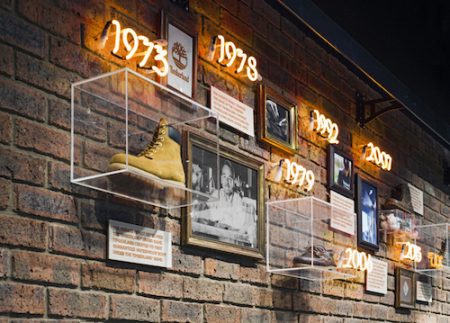 “This was a very ambitious project and one which we had to turn around in three weeks, with 24 hour shifts running on site, but it was one that worked well. Planning was key.”

“The project was a very significant one for us. This is Timberland’s flagship store, so it was an honour to be involved with this project. It helped strengthen our relationship with Timberland and we now supply many bespoke fixtures around Europe. We are also involved in a number of their UK stores too.” 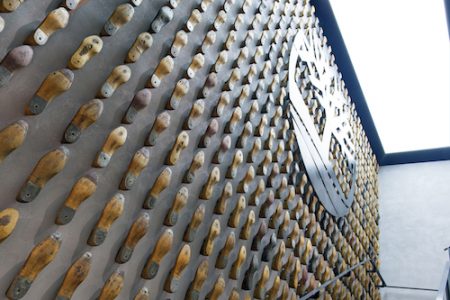 Timberland Regent Street is open Monday, Tuesday, Wednesday, Thursday and Saturday from 10am until 8pm and Friday 10am until 7pm. Timberland is open on Sunday from 12pm until 6pm.