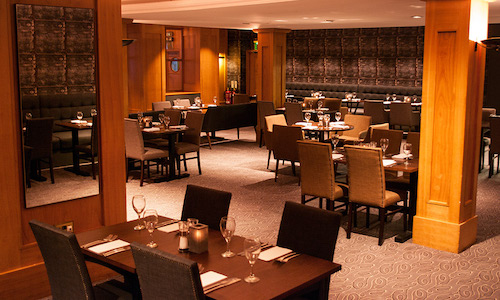 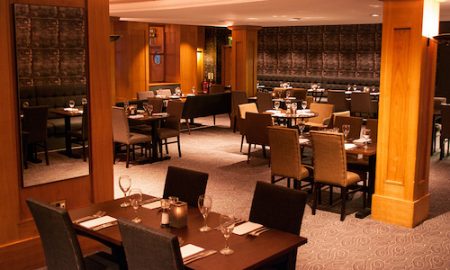 GoGlasgow is a true reflection of Scotland’s most dynamic, progressive and friendly city – an Urban Hotel that is all about “Go and Glasgow.”

It’s all about the thriving location and collective ambition in the city made famous by its achievements and its people – from the Burrell Collection, to Rennie Macintosh and the Clyde shipbuilders.

As a member of the Crerar Hotels family, GoGlasgow Urban Hotel is a city cousin that has the same ethics and values as all the Crerar Hotels: delivering a guaranteed high-class service through the unmatched hospitality and social conscience that admirably gives back half of the distributable profits to local causes. Just like GoGlasgow’s Crerar cousins, the hotel is an unmistakable reflection of the location that surrounds it – CEO, Paddy Crerar comments “it’s Glasgow through and through; clean design lines created with real materials, alongside the use of local produce.” Paddy himself worked with a local design company on the architectural side of the project, producing a hotel true to its heritage. 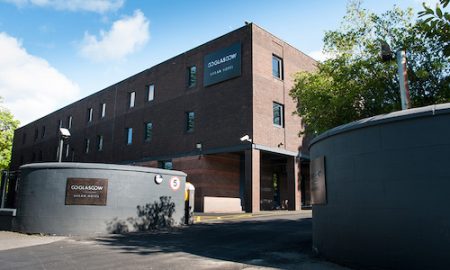 The development began on-site towards the end of 2014, and was complete by May 2015. The hotel has been open and running since May. Excitingly, phase three is a ground floor facility which will soon be converted, once the details have been confirmed.

Premier Hospitality spoke to Paddy to ask a few questions on the developments and he explained: “The original build of GoGlasgow was built in the 1970s, and then extended by the addition of a separate building constructed in front during the late ‘70s; as a result the entrance of the hotel was tucked away between the two buildings. “In the ‘80s the lower part of the extension building was filled in and a leisure club facility added – however this currently remains closed and where phase two is now planned.”

There are 117 bedrooms across the main block and late 70’s extension which are stylised with shades of grey bringing out the industrial side of the city, whilst delivering a laidback, comforting vibe. Bedrooms are equipped with en-suite bathroom, TV with digital channels and free Wi-Fi. The added touches also make the difference too, such as the welcome tea tray with Glaswegian touches such as Tunnocks Teacakes and funky Scottish toiletries. The bathrooms saw the addition of a new white brick-effect tile, with grey grout, conveying a retro and industrial feel, again fitting in with the running theme of industrial – however with a vital undercurrent of ‘polished’ and ‘sophisticated’.  Large chrome showers with modern glass screens replaced the baths that were once there.  The finishes to the bedrooms include an aged oak look to the furniture, with bronze metal featuring scaffold detail, the soft furnishings are masculine, the bed head finished in recognised Crerar leather and a just a hint of modern grey and black tartan in the mini chair cushion. The hotel is also the home to a grill style restaurant named “GoGrill”– with the open viewing main kitchen and the only Josper oven south of the Clyde, diners can admire the chefs’ handy work whilst waiting for their food to arrive. Next to GoGrill is the trendy bar which has floor to ceiling windows and access to outdoor decking and patio area. The largest event room on the Southside is a vast un-interrupted space with a private entrance, cloakroom and will easily host up to 200 guests for an event.  The hotel has a pleasant mix of business and leisure and has already started catering for all types of events including weddings, social gatherings and pre-match football hospitality. 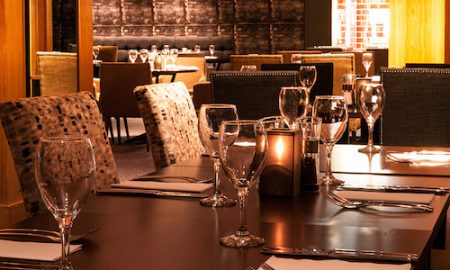 “Essentially what we did was focus on a full redesign of all bedrooms, bathrooms, public areas, bar and restaurant. The look was to achieve something that reflects the Glaswegian people and the city’s history, as the hotel is based in the Govan area of Glasgow, which traditionally involved shipbuilding – and with the current regeneration taking place in this area; my aim was to was the achieve a build that breathes the grit, determination and friendliness of Glasgow people, by transforming the building into something special.”

Certain elements of the hotel are presently on trend; the main aim was to deliver an industrial look to represent the area, fitting in with the locality of Glasgow; the furniture came from this concept. GoGlasgow features an eclectic mix of contemporary and original elements, giving the building a sense of heritage and style, with a warm vibe. Black and white photographs can be seen throughout the building, portraying famous icons from the city and who visited Glasgow through the decades such as shipbuilders, Lulu in the ‘60s and even Elvis Presley. 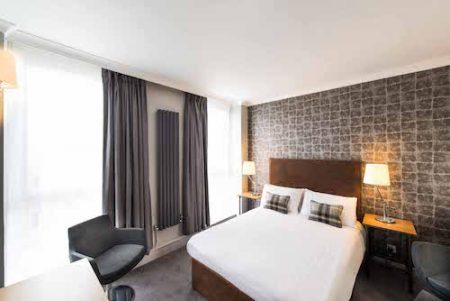 “Prior to the re-development the hotel displayed a dated exterior, with a mixture of original and new windows, some with aluminium and some with white PVC.  We went for a uniformed window colour – which was a dark anthracite, and painted elements of the building the same colour to match the windows and give the exterior a continuity about it. The new triple glazed windows helped with sound as well.

“It was a challenge to work with the restrictions of the building, we were restricted in many ways with what we could do with certain things, but we just kept our design focus and carried it through to the end of the project,” said Paddy. 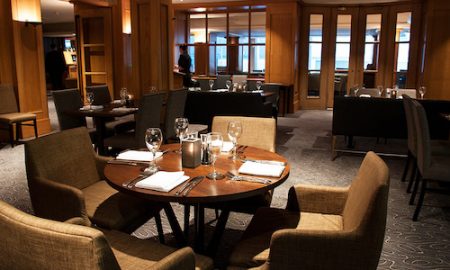 Last on list to finish was the external landscaping, placing trees into the area in order to present a more attractive exterior. Previously, between the two buildings was a lifeless tarmac space where cars could come through and essentially act as a drop-off point; however the developments included closing this space off, to replace it with something new, which is the decking area and patio that faces up onto the bar. The entrance was transformed as it wasn’t DDA compliant, so there was an addition of a temporary ramp which made for a safer entrance. Following this, the creation of a courtyard unfolded, so the tarmac area was repaved and landscaped to form a charming sitting area for guests to enjoy the fresh air. Since its renovation, the entrance now encompasses wooden timber slat cladding that forms planters and a stylish curved wall that leads people right up to the entrance doors. 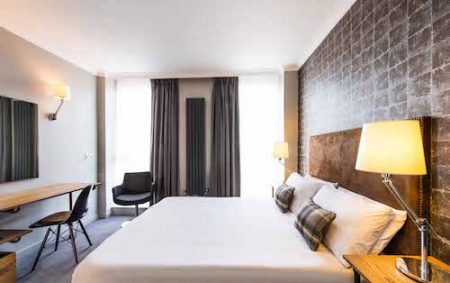 Finally, Paddy commented: “It’s good to see the final result and the building come alive with staff and guests, the look although on trend at the moment, the concept was purely designed with the people of Glasgow in mind. The location is key, the hotel is close to the SSE Hydro that has opened in Glasgow – and the city is really buzzing!

“There is a huge roll on from the Commonwealth games, it put a spotlight on Glasgow as a city, and has encouraged a lot of people to visit.

“The feedback from guests has been very positive, and already the hotel is in the top 5 in Glasgow on TripAdvisor; achieving high occupancy in the first quarter and that’s before we have even started properly using the event rooms!”