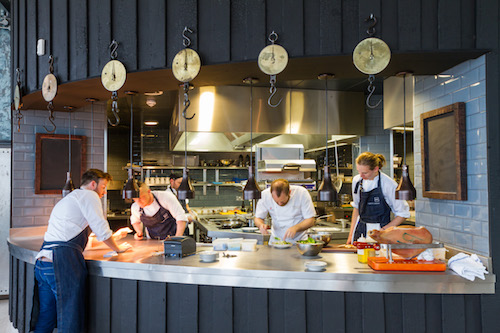 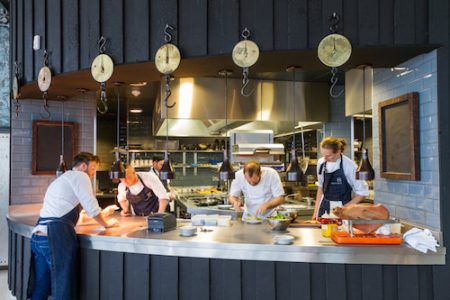 This summer Colwyn Bay saw an exciting new addition in dining, through the opening of a stunning, beach-front bistro, named Bryn Williams at Porth Eirias.

The prestigious chef Bryn Williams has created a relaxed, informal environment, utilising the surroundings ingeniously, promoting the opportunity for diners to unwind by the sunset through the addition of glazing around the perimeters of the restaurant. The attractive bistro was given a subtle nautical theme – in keeping with the surrounding area of the beach and the water sports facilities nearby – and opened to the public on the 1st July 2015.

Premier Hospitality recently caught up with Chef Williams, to find out more about the new restaurant, including its cuisine.

“I wanted the food on offer to stand out and have a different identity, combining classic dishes with a modern twist. With the restaurant situated by the beach it means that people often wander through in their beachwear, and I felt as if the style of the restaurant needed to accommodate this – I wanted to match the setting. Therefore, we shaped the concept of informal dining with a classy menu.” 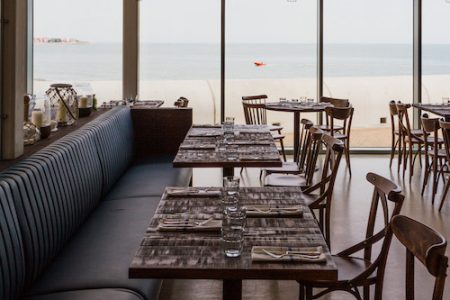 Bryn serves up a delicious range of mouth-watering dishes, such as a selection of finely cured meats which includes local chorizo, salami and Camarthen ham. The talented chef maintains a strong focus on seasonality and fresh local produce, offering an array of shellfish that encompasses local oysters, mussels and the sumptuous lobster and crab cocktail.

Several small dishes are available to diners, in addition to sharing plates and platters, encouraging sharing and socialising with food – adding to the fun, lively atmosphere. The large open space has lots going on including the impressive open kitchen, which reinforces the energetic buzz in the air.

Main courses on the locally inspired menu include fish pie for two, slow-cooked Welsh lamb shoulder with Boulangére potatoes and seasonal vegetables (for three to four people) and rib-eye steak with an innovative house butter that has seaweed running through it. 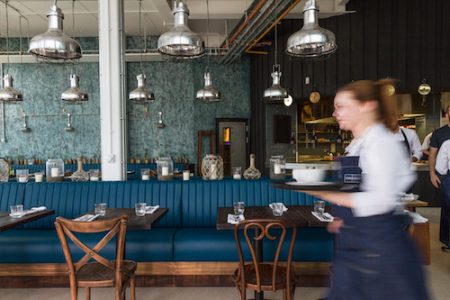 Popular dishes on the menu such as the lamb belly served with aubergines, yoghurt and mint are in constant demand. Making the most of the fantastic supply of wild mushrooms in the area, the chef uses these as part of the dish ‘wild mushrooms on toast’. Crème brulee, chocolate fondant, Welsh cheeses and panacotta with seasonal fruits are just some of the delectable desserts that customers can try.

“Opening the restaurant meant taking a risk, and you never know whether it will work until opening the doors – but it has paid off as the venue has been busier than expected.

“We did change a couple of things in terms of opening times, as the breakfast and lunch times were merging and things became a little hectic! However we did make these changes very quickly to ensure the best possible service. The feedback has been very positive; however I understand that improvements can always be made so it will be an ongoing process to ensure consistency and excellence.” 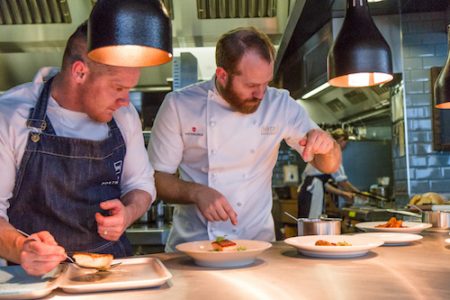 “The restaurant means everything to me, just like my other site – Odette’s – which is based in London. When you put everything into a project where the public are constantly judging your work, maintaining your reputation is essential, as is keeping the staff and customers happy!”

Rosendale Design was responsible for the design aspects of The Bryn Williams at Porth Eirias.

Rosendale Design specialise in projects within the hospitality sector, demonstrating a deep-rooted respect for architecture that is historic and contemporary. With a team of professional consultants, specialist manufacturers, craftsmen and artists, Rosendale is able to successfully complete any project, whether large or small.

“Working on Bryn Williams’ restaurant was quite a lengthy process, taking place over roughly two years. The 60 cover venue is situated right on the beach-front, offering fantastic views. We were brought on board to complete the design aspects of the project.” 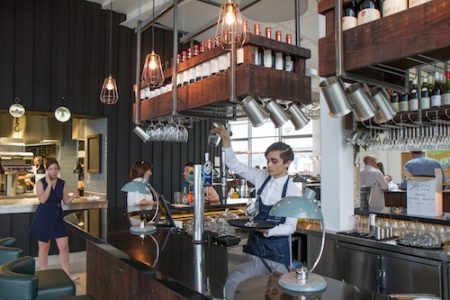 Rosendale discussed various materials and colour palettes that focused on the site’s surroundings, making the most of the beach location. The design team created a marine scene, with undertones of a nautical theme to maintain an elegant and chic interior.

An island banquette was introduced which created the spine of the space, running down the middle, allowing diners to sit down in their own space, experiencing the breath-taking views from 180 degrees. This has also provided Bryn and his team with maximum flexibility for larger parties, pushing tables together where necessary.

“Moving forward with the design team is very important because it’s very much where we want to station ourselves – working with upcoming, talented chefs that have a similar mindset to what we have. This is the reason why collaborating with Bryn went so well on the project, we are of similar age and have similar tastes, so the design was an easy process.” 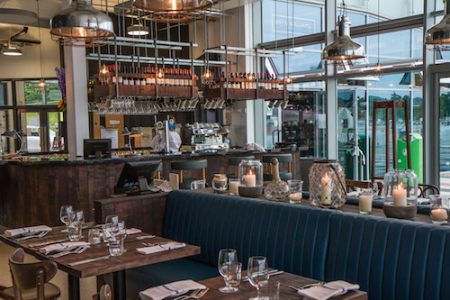 Specialising in commercial kitchens – including manufacturing and installation – Salix Stainless Steel Fabrication was contacted by Bryn Williams, with the task of designing a kitchen that met his exacting needs. The establishment endeavoured to create a bespoke solution that worked within the existing oval central pod space.

Working alongside Bryn, Salix developed a design so that the pod could be transformed into a commercial kitchen, with the space and flow that is so essential. Subsequently leading suppliers were contacted, followed by a full installation and final handover on site.

According to Paul Williams, of Salix Stainless Steel Fabrication Ltd:

“The project is important to Salix as this brings a leading London Chef back to his roots. The Council Building is a real statement in a wonderful waterfront location, a real change from the London Restaurant Scene. Bryn has been wonderful to work with.” 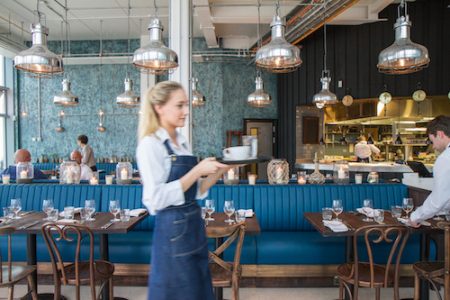 Noble Russell were delighted to be involved in this new venture and the finished furniture truly complements the seaside inspired interior design.

More information on Noble Russell can be found on their new website: www.noblerussell.co.uk.