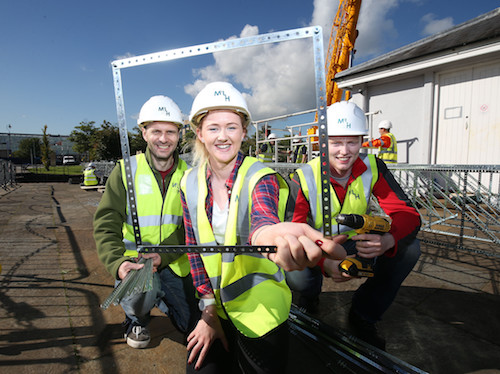 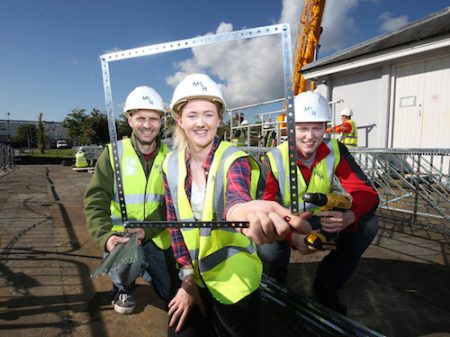 Civil engineering students at Queen’s University, Belfast, had support from the Belfast-based building and civil engineering contractor to build the bridge, which was lowered into place by McLaughlin & Harvey across the Clarendon Dock in Belfast.

The attempt to build the world’s largest Meccano structure was verified by the Guinness Book of Records in a ceremony on Saturday 19th September and was the culmination of the student’s efforts as part of the Big Bridge Build.

The year-long project engaged not only academics and students, but also local school children as part of the university’s outreach programme to encourage more children into STEM careers. 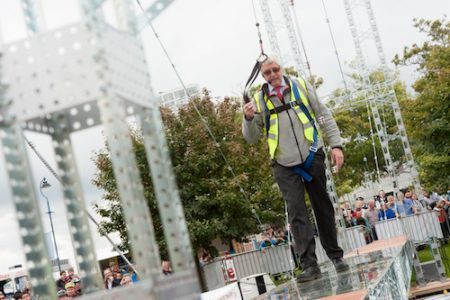 “It has been exciting working closely with both the academics and students of Queen’s University on this successful record attempt. Through our experience we have been able to support these engineers of the future create something that people around the world will be able to see. To have built an entire structure just from Meccano required a great deal of technical expertise and we are pleased that our team has been part of that.”

McLaughlin & Harvey provided not only technical expertise in supporting the student’s build, but also resources and a warehouse in which the bridge components were assembled and tested. 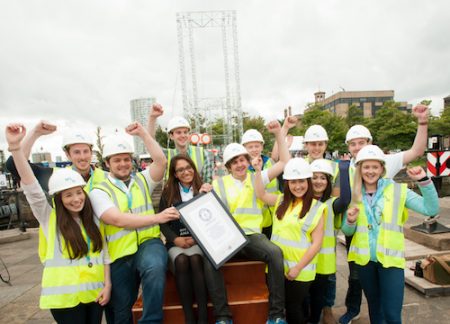 The attempt had the support of Meccano and also Smyths Toys who were present at the Guinness Word Record verification day, encouraging children to create their own Meccano structures.

“This event is not only an opportunity to celebrate the student and staff’s incredible work over the past year, but also a chance to show local children more about the opportunities in STEM based careers and encourage them to consider a future studying civil engineering.” 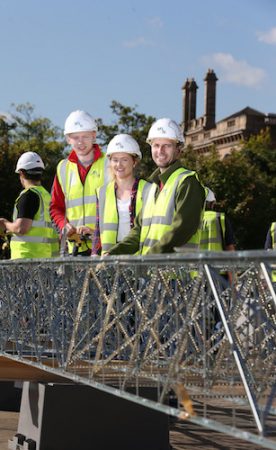