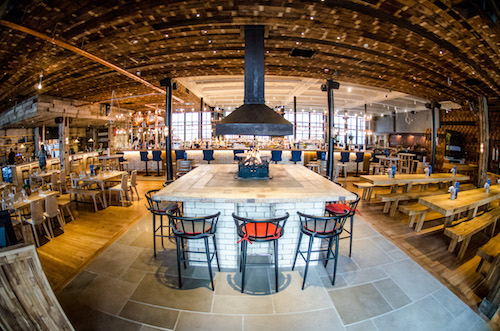 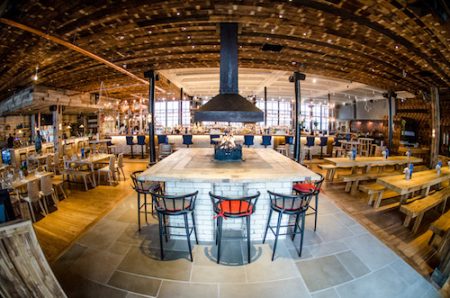 Manchester’s historic Albert Hall, Albert’s Schloss is an exciting new bar and restaurant based on the concept of a German beer hall.

The founders of two of Manchester’s biggest bar operators went ahead on their joint venture to produce something which can only be described as spectacular.

The venue was officially unveiled to the public in mid-October, with a launch party that took place over a full weekend. Replacing what was formerly a pub named Brannigans, the transformed site now encompasses a Bavarian palace, presenting a woody environment with various timber features, a homely fireplace and cosy furniture as well as traditional timber tables and benches.

Premier Hospitality caught up with Laura Seddon, Associate at Millson Associates, to discuss her involvements with the transformation. Laura said:

“My involvement came from recommendation from a number of other jobs I have worked on in Manchester. 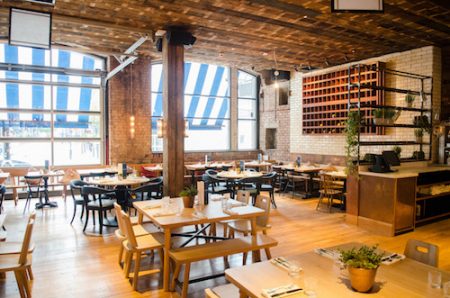 “In terms of the concept, it was something that my clients, Joel and Adelaide, had been looking at for a long time – they pictured a beer palace – bringing the German beer hall back into play, but a bit more trendy and modern yet in keeping with the real German feel. We conducted all sorts of research, we went to German venues in London, Joel and Adelaide even travelled to Germany to see the real thing – we wanted to use this as inspiration and maintain authenticity.”

The £3.5million project took place after Trof Group – which has been running the Grade ΙΙ-listed former chapel as a live music venue for the last two years, and also owns The Deaf Institute and Gorilla – teamed up with the founders of vodka bar chain Revolution to transform the ground floor into Albert’s Schloss.

Revolution founders Roy Ellis and Neil Macleod bought a 50 per cent stake in Trof Group, founded by Joel Wilkinson and Adelaide Winter, with the aim of opening a number of successful entertainment venues and bars together under a new company named Mission Mars. 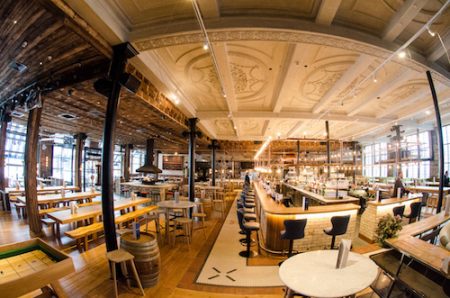 “Originally we started on the beer hall theme, however we thought it might be a bit cold so we introduced new things to warm it up a bit, bringing in influences from ski chalets, offering a fun side to the design; this is where the timbers have come from. Schnapps and the various types of beer blend in with the beer hall theme also.

“We integrated two bars which include the main bar, and the bar at the side which offers food and schnapps to guests. During the day people can sit here and dine if they wish.”

Industrial garage-style doors that open outwards have replaced two of the shop front bays, retracting inside the bar when the doors are opened. This quirky feature is ideal for summer when the bar will open out onto the street, drawing in guests.

“With the site being a listed building, we had slight difficulties getting planning permission, however Manchester City Council could also see the potential this iconic building has to offer and it was granted”. 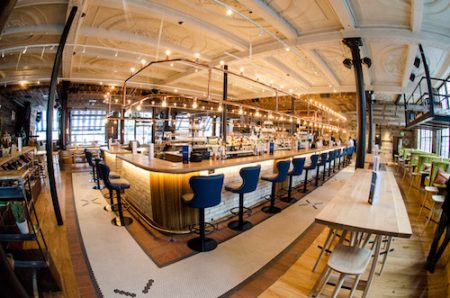 Cast in bronze and set in the stone floor of the venue is the striking logo for Albert’s Schloss, with the new business logo for Mission Mars incorporated inside of it. Mission Mars’ logo displays a bear holding a helmet. The lobby doors also feature the same bronze casting on the handles, providing a sense of splendour.

“It is very exciting as we only moved into Manchester last august, and we’re very keen to do a lot more in the city centre. It is one of the biggest growing cities for bar and restaurant culture, so really is it very good for our portfolio and reputation, and we’re hoping that through word of mouth further opportunities will appear in the pipeline.”