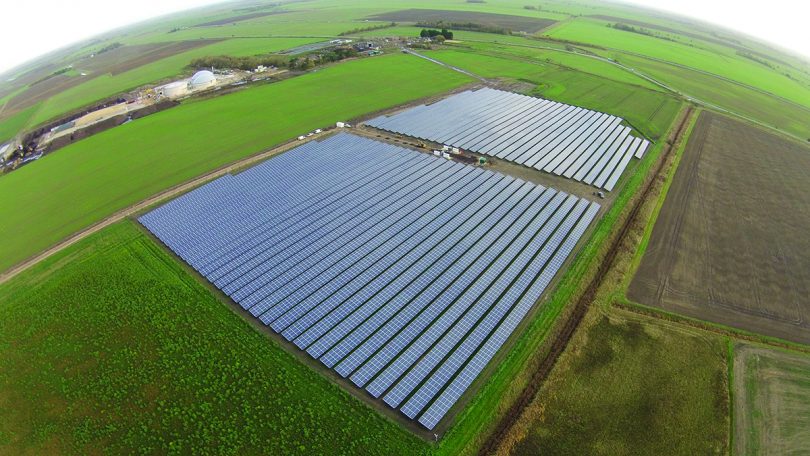 A new Solar Farm is in operation at Crowland 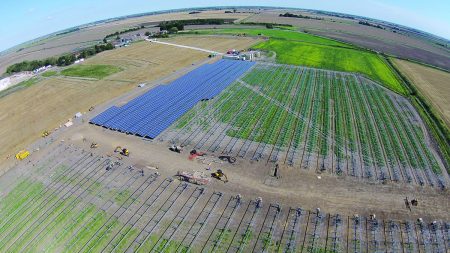 Developed, Constructed, and now Maintained by Push Energy, the new Solar Farm has a total installed capacity of 5MW. The sites generation will provide Renewable Energy for approximately 1250 homes. In this article we will take a brief look into the construction of the Decoy Solar Farm.
Development began in 2012 through Push Energy; Push Energy Ltd has been established from roots in the Commercial Scale Solar PV, Biomass Heating, and Combined Heat and Power sectors. Exposure to the fast-changing solar power market had led them to naturally progress into development of field scale solar farms on carefully selected sites.

Push Energy pride themselves on developing projects from conception to completion. Every stage of the process is managed by an in-house team from the first site meeting with the customer to the planning, construction and commissioning of the project.

After the handover from “Development” to “Delivery” Construction first began in in May 2015 with site preparation, including the filling in of a significant dyke commonplace to the area. Other prelim works included the use of an aluminium trackway to provide access to the site.

Compared to the development process, Construction itself is swift, where excluding prelim works the site can be erected in less than 2 months.

Construction itself comprises of three main roles; the civils process, the electrical process and the install of the Ground Mount Array to hold the panels themselves!

The panels are mounted at a 15 degree angle on a 1.9m high Mounting System; Designed, Supplied, and Installed by CWF GmbH. This process involves the use of galvanised steel piles, brackets and horizontal rails for the mounting structure. To which they attached aluminium carrier rails which act as the support for the panels. The panels were installed manually.

The mounting system was created by open field experts CWF GmbH from Germany. The company are experts in the field and have developed a mounting system that is capable of bearing a high load, which is fully adjustable and easy to assemble for solar panels.

On completion of construction, Push Energy take on the Operations & Maintenance (O&M) role through their dedicated and experienced O&M team. These activities include panel cleaning, electrical maintenance, and a fast issue response.