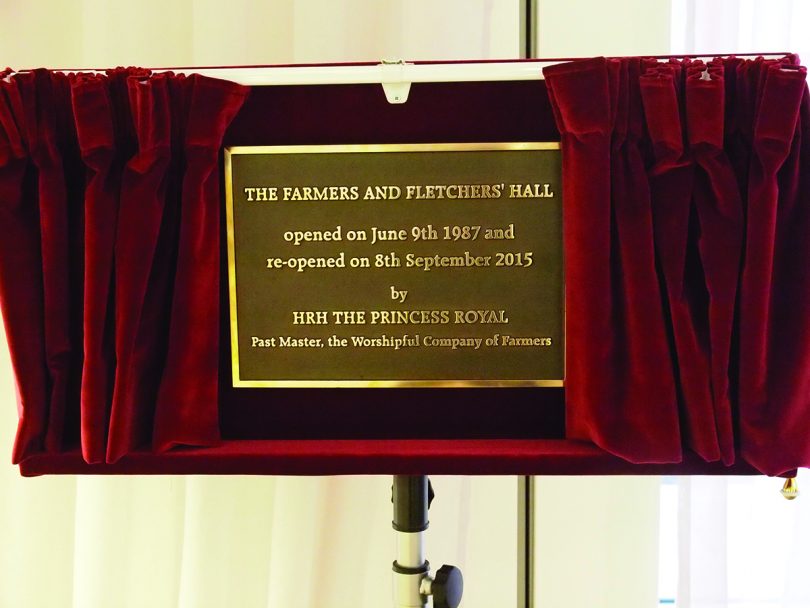 Farmers and Fletchers In the City 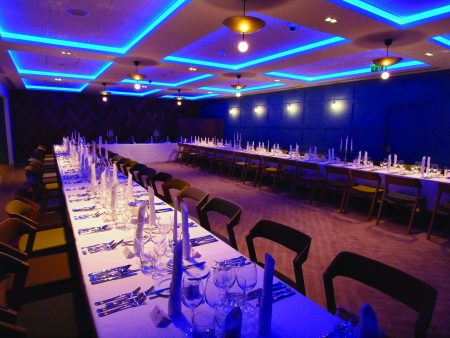 Situated on Cloth Street, London, Farmers & Fletchers In the City presents a stunningly transformed venue, offering its services for business events and personal celebrations, including weddings. The venue’s central location right in the midst of the historic heart of the city of London places it as an ideal setting for both business and private hire.

The Worshipful Company of Farmers and The Worshipful Company of Fletchers are both livery companies of the city of London and have shared 3 Cloth Street as their Livery Hall since it was first opened in 1987. In 2013 the companies, realising the space had become tired, appointed Project Managers Cushman and Wakefield to run the refurbishment project and transform the venue.

Interior architect company EDGE was appointed in October 2013 via a competitive pitch. The project commenced on site February 2015 and worked to an eight months programme, achieving Practical Completion during the first week of September this year. ISG acted as main contractor, delivering their timely and quality services.

The £1.8million refurbishment was admirably funded by contributions from the members of The Farmers & Fletchers Livery Companies. Premier Hospitality discovered some further information on the refurbishment project, through Michael Fern, Project Principle at EDGE. 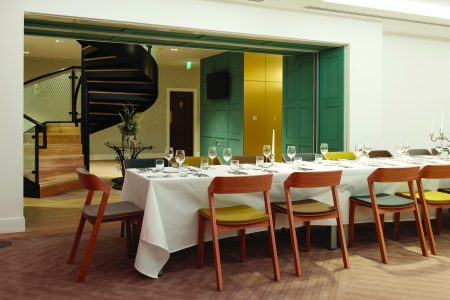 Michael said:
“Following briefing sessions with the representatives from both livery companies, EDGE assisted with formulating the big idea of ‘Our Home in the City’ to inform the concept and design for the revitalised space. The palette combines traditional with a modern and creative twist. Throughout the space vibrant teal panelled walls and ceilings sit beside areas of perforated brass detailing, elegant pendant lamps and unusual floor and wall tiling.
“We wanted a grand approach for the Great Hall – so a new spiral staircase replaces the previous pokey set of stairs in the corner and also becomes a focal point for the reception on the ground floor. The herringbone patterned wall in three tones of oak veneer, with brass inlays, is also striking feature in the multi-functional Great Hall.”

The venue features stylish timber effect floor tiles, with the addition of retro hexagonal floor tiles in the toilets, accompanied by elegant marble tops and Ilios Wall Light by Areti. Innovative and Chic Chair Merano chairs by TON have been placed in the function and meeting rooms. Ball Light Pendants by TwentyTwentyOne and Up Pendant by Areti illuminate the function room space.

An attractive Herringbone feature wall is situated in the function room, made from three types of oak: natural, fumed and teak oiled, embellished with brass detailing. Movable partitions matching the teal panelling allow for flexible use of the space.

Upon entering the ground floor, guests are greeted with the Reception and Cloakroom, before the spiral staircase and a DDA compliant lift down to the basement level. Court rooms one and two are also on the ground floor, both with a 40 person seated capacity, however the movable partitions can allow for the space to be opened up to extend the reception area for larger functions.

Moving down the spiral staircase to the basement level, guests can see the function room and bar, with a capacity for 120 people seated. This can be used for banquets, conferences and has integrated sound and AV system for auditorium use. Toilets are also down on the basement level, as well as the back of house which holds the catering facilities. 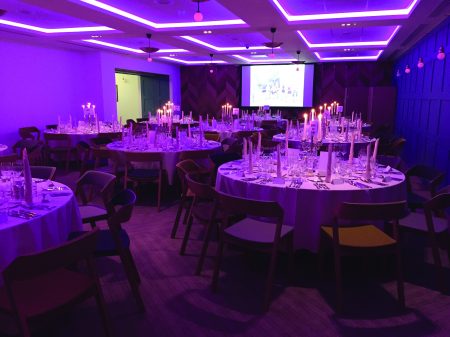 When asked what it means to him to see a project like this take place, Michael replied:
“From the very first workshop meeting with the livery company’s major decision-makers, it was clear that this was going to be a fantastic project for EDGE to get involved with. The group allowed EDGE to get beneath the skin of their core values, and take them on a journey to translate these into what would inform the look and feel for 3 Cloth Street.
“It was a fantastic opportunity to get involved with, introducing two such historic and traditional livery companies that both represent Great British tradition to what the forefront in contemporary interior design could bring to their space.”