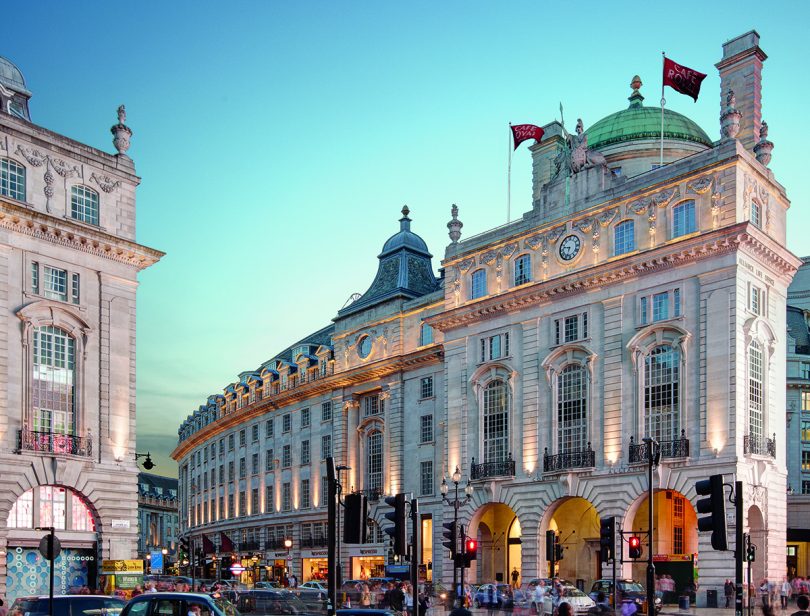 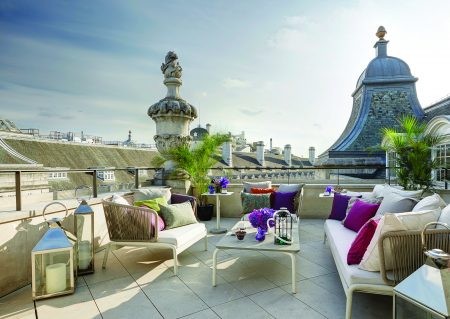 The new Café Royal Hotel occupies three historic buildings in the Grade ΙΙ listed southern Quadrant block of Regent Street, nearby to Piccadilly Circus. The 159 bedroom heritage hotel has seen an extensive refurbishment and exterior restoration which has transformed the property into something spectacular. The project commenced in 2008 and was complete by 2013.

Premier Hospitality spoke to Nick Hill, Associate director at David Chipperfield Architects, to discover some key aspects on the hotel project. According to Nick:
“We took three existing buildings and connected them; there was quite a substantial amount of demolition, and the central building was almost entirely demolished. With the other buildings there was a lot more retained fabric, re-making aspects and modifying what was there already, so the project was really taking the Café Royal – how it was as a venue in the past – as a starting point for developing the hotel.
“The Café Royal was previously a venue, almost like an institution, where famous artists – from Oscar Wilde to David Bowie – used to socialise but it was a venue where people would hang out and get something to eat – not a hotel!
“The project was really taking the ghost of what Café Royal was, restoring it and turning that into a hotel, which I think was a clever idea as it is rich and abundant in history.” 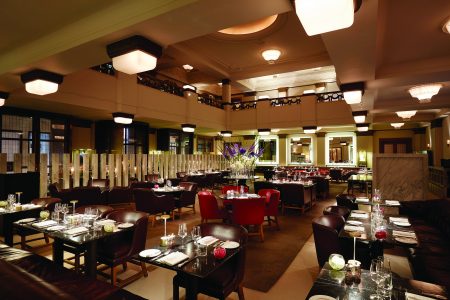 The leasehold included planning and listed building consents for the refurbishment and partial redevelopment of the existing buildings, subject to the retention of a number of rooms of particular interest.

David Chipperfield Architects collaborated with restoration specialists Donald Insall Associates, who provided a much less intrusive approach to the existing fabric and a new strategy was developed which works closely with the existing architecture to integrate new and old, using a clever reinterpretation of historic materials, decorative features and colour palettes in the new areas.

Nick commented:
“Within the existing structure there was an ornate staircase surrounded by historic function rooms. The existing materials included marble, mosaic tiles, hardwoods, gilding and fine joinery, and we referred to that as much of that as we could and developed it for the new space as well; for instance, we went back to the same quarries that supplied the very decorative marble for the historic entrance hall so that we could use the same rich yellow stone for the new café area.
“The staircase had a very nice mosaic flooring which we had to extend up into a new level. Also, rather than a typical hotel corridor, the corridors have natural daylight bursting through the windows of the mansion, which invigorates the space.”

Continuing its esteemed legacy, Café Royal offers to take guests on a culinary journey with the dining and drinking options at the hotel. The ‘Ten Room’ invites guests to an informal dining experience and is open all day to guests; whereas the Oscar Wilde Bar, formerly the Grill Room, originally established in 1865, has been exquisitely restored to its original Louis XVI detailing and is now the perfect place to enjoy afternoon tea.

Nick added:
“It was an intense project; there was an awful lot to do. We had to start on site before we fully designed it, so once the demolition took place, the design was ongoing.
“The project was ambitious as it involved not only trying to create a hotel from scratch – but also one of great prestige because of the legacy of the Cafe Royal, and its prominent location. Being situated on Regent Street in London means it is in a great spot. The building has good bones and forms part of the amazing facades on Regent Street.
“It was a really enjoyable experience; I think it was a nice combination of restoration and new design because the existing building imposed some limits on what we could do but at the same time there was a great deal of freedom in deciding what the hotel should look like and feel like.” 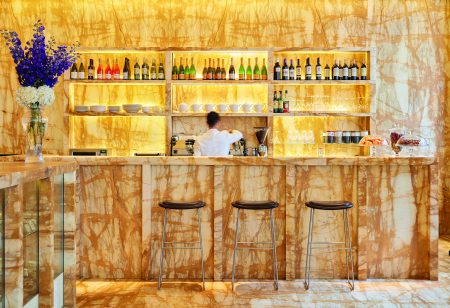 Mega Marble is a premium natural stone fabricator, specialising in the design, sourcing, fabrication, installation and maintenance of stone in the leisure and hospitality sectors.

Mega Marble work with a number of prestigious clients, boasting an impressive portfolio across Mayfair, Belgravia, Kensington and Chelsea. Previous projects include the foyers and restaurant at The Savoy Hotel, The Dorchester’s ballroom, public areas at The Hilton Hotel and the bar and restaurant at Acqua at The Shard.

Rafi Mimoni at Mega Marble said:
“Café Royal is an example of the quality workmanship provided by Mega Marble, working closely with the designers and contractors. We are proud to have been chosen to produce the stonework which was designed to enhance the beauty of this London Landmark.”