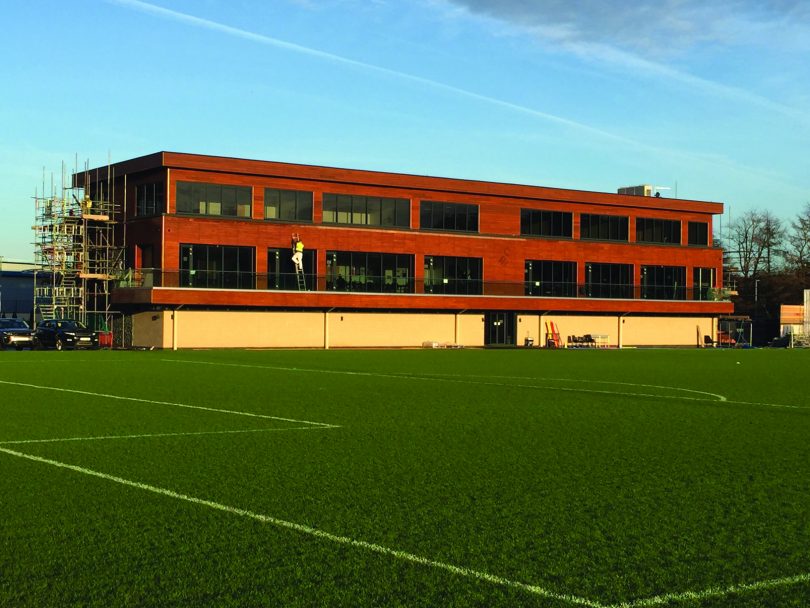 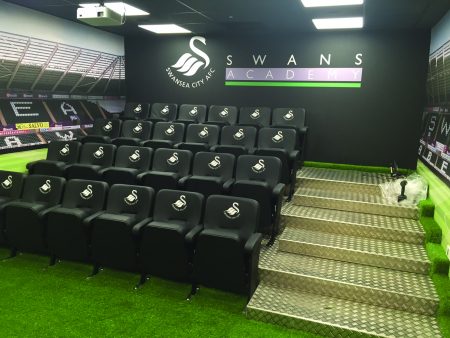 Swansea City Football Club have extended their academy building, allowing them to have certified Academy 1 status, meaning that future football stars nationwide can attend the state-of-the-art training and learning facilities.

Since the club gained Premier League status in 2012, they have extended the building and expanded the facilities in order to gain Academy 2 status, which is where students can travel from 90 minutes away to attend. The club wanted to gain this status and build a new training facility with a changing block, in fitting with the standard of other premiership clubs.

Before the building, the first team had no changing facilities, and the city had nowhere for up and coming athletes to train. They added two five-a-side pitches, a 3g pitch, a goalkeeping practice area and warm up area.

Swans Development structure has been established by the academy to help young footballers start their journey to become professionals. Open to players of all ability, children as young as five have the opportunity to be trained by Swansea City coaches at the new Development Centre in Cwmdu, Swansea and at locations across South Wales. Their goal is to help develop young players of the future with the basic skills and techniques at an early age that will help them progress to the next stage in their football life.

The Academy mission is to nurture, promote and provide the best possible environment for young players to develop and flourish. They recognise that not all players will make the transition into Premier League footballers but have a wider responsibility to ensure that they produce young people who are educated, respectful and have the necessary life skills to be successful. The primary focus is to develop players who are aligned to our clubs playing philosophy, showing flair, creativity and confidence to dominate possession, whilst showing a strong mentality to defending. 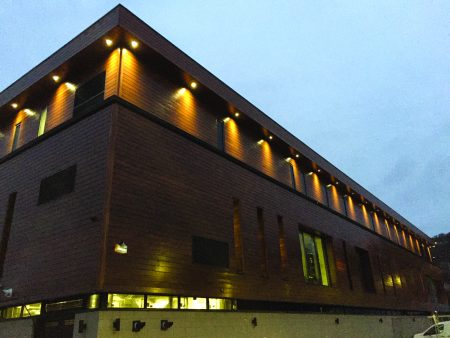 Main contractors Jaxx Bay started works onsite in April 2015 and completed before the years end.
The third storey was constructed using a steel structure with concrete roof and traditional timber frame. Groundwork and steel was completed by J Jones Bros.

The additional space offers several classrooms for secondary education which each facilitate 25 students at a time as well as space for parents who are waiting for children to train.

Rhidian Stephens from Swansea City FC said:
“The biggest challenge from a building perspective was adding a timber frame on top of an already standing building.”
Before the erection of a new training facility, the site, situated approximately 100m from Swansea City’s football ground, was a copper works. It now houses the new build training facility, of which each story spans over 3000sqm.
Rhidian said:
“Working on projects like this one is incredibly rewarding. I’m providing for the children of the future, giving a facility that’s never been available in Swansea before and for that you can’t help but feel proud.”

Section one of the developments completed on 18th December last year and the indoor training facility will be handed over at the end of January in time for the return of the February half term soccer camps. Since opening, the feedback for the new third storey has been fantastic.
Plans for a training complex for Swansea City first team are in place, which will allow the academy facilities to be exclusive to students.