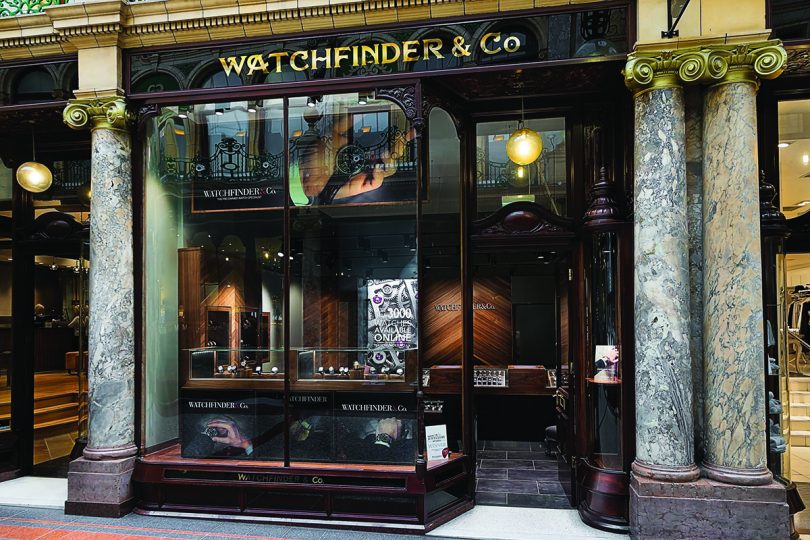 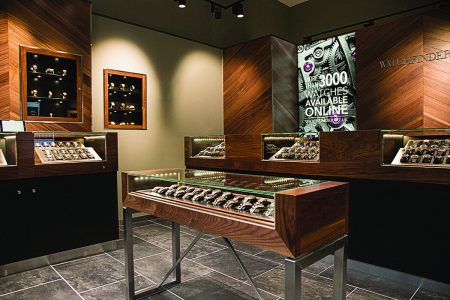 Prestigious pre-owned watch specialist company Watchfinder has revealed its first store in the north of England, specifically located at the Victoria Quarter in Leeds. This is the fourth Watchfinder store in total, and marks the company’s first step to venturing out of the South East.

Featuring over 300 watches on display, the two storey building comprises one retail floor level, and a basement level in which the back office area is situated. Acting as main contractor, Tribune Shopfitters Ltd delivered the project with a quick turnaround. The store developments commenced in early July 2015 and were completed three months later. Subsequently, the store opened in early October last year.

Dan Bunyan, Creative Director at Watchfinder, told Premier Retail:
“We started from scratch, transforming an existing retail space into what it is today. Our main materials included American black walnut, which we complemented with a finish of black MDF. Our stores are usually quite full with the amount of merchandise we place in there, so we tried to maximise the space in this case.
“As we don’t have a standard catalogue due to the products being pre-owned, we try to display as many products as we can – but we also have a lot of IT solutions in store presenting our entire stock, which comprises over 3000 watches. In store is a large wall-mounted touch screen that is fully interactive for customers to browse stock.
“We have always tried to complete our sites with a quick turnaround and get them open as quickly as possible. For example with the Leeds site, the style and feel very much mirrors the same style as our Bluewater boutique store in Kent. However, with the Leeds site we added a few things such as pigeonhole wall displays and a few other solutions we came up with; eventually we got a feel for the space and created a consistent customer experience.”

A sophisticated and comfortable design is what the Watchfinder store emanates, with dark, plush materials. A purposely chosen Farrow & Ball pigeon colour adorns the walls, creating a sense of luxury, whilst remaining versatile and relaxing. 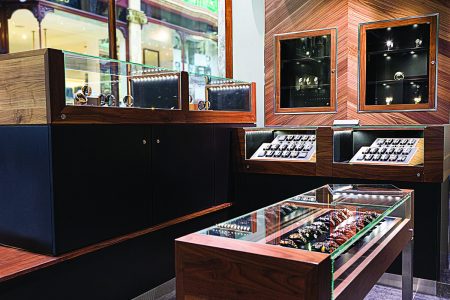 When asked what it means to him to be a part of the project, Dan replied:
“It’s great; I have been involved since our first retail project which is located at the Royal Exchange in London. That was where it all started and it was our initial venture into retail and it was good fun. As we have moved through our stores we are definitely developing the look and feel of the stores to fit with the branding.
“It’s been great opening a store that isn’t in the South East, I think for us it has been a success to date and it is really nice. With the main business starting out online ten years ago, we have had a national reach online – but to start to reach out to customers nationally offline, well it’s really exciting for us.”