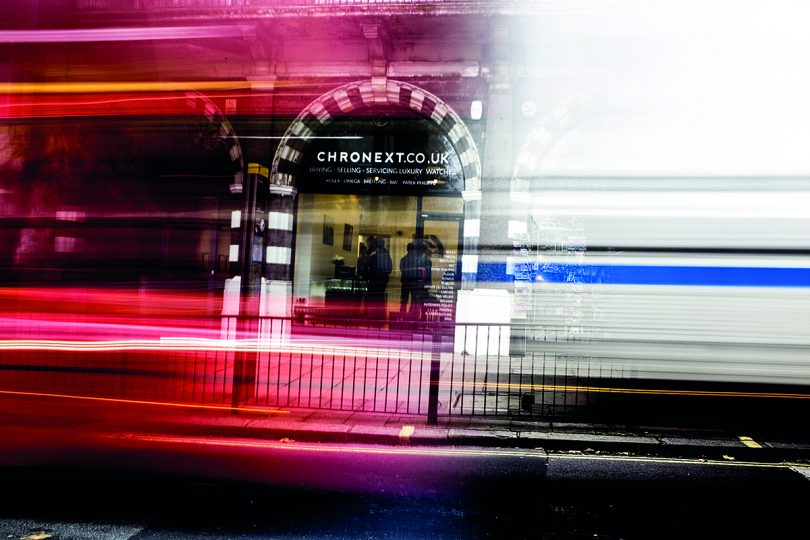 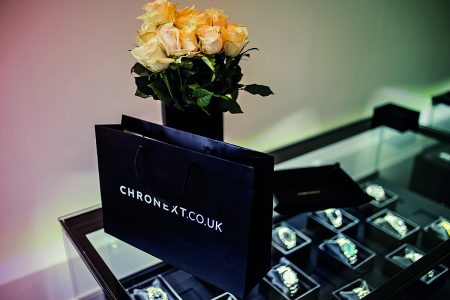 Swiss e-commerce company CHRONEXT has revealed its flagship boutique to esteemed Mayfair, presenting a stunning collection of luxury watches. CHRONEXT has expanded from a pure e-commerce marketplace to a multi-channel company, now with the addition of traditional retail, enriching the customer experience.

The prestigious flagship store was opened to the public in early November last year, following an impressive five-week refurbishment project. Berlin-based company Wurlitzer Architects carried out the speedy transformation with the interior design aspects of the new development. The launch saw a crowded store which has been very well received, with sales heading in a positive direction.

Premier Retail spoke with Gudrun Wurlitzer, Architect and Managing Director at Wurlitzer Architects, in order to discover more information on the new addition to London. Gudrun commented:
“This boutique is CHRONEXT’s first offline store, which is of course very exciting for them – and for us as the designers who worked on the project. CHRONEXT managed all the developments in house, with the interior design undertaken by us at Wurlitzer Architects.
“The project began at the beginning of October and was completed within five weeks – which was an extremely quick turnaround.
“Since CHRONEXT is an online retailer it was fascinating to introduce the first offline store as a high end boutique. It was very enjoyable and as an architect to implement a modern boutique into a historic building is always exciting – so we found some ways to create something special. Interestingly we maintained the existing building by adding the contemporary features carefully so as not to interfere too much with the building.”

When asked what the biggest challenge on the project was, Gudrun answered:
“Well that was hard to establish because it was such a short timeframe – we had no time to think about challenges we had to just get on with it! But yes, the timescale was a challenge in itself.
“We implemented classic interiors such as walnut veneer tables, polished wooden floors, grey-based coloured carpet, all to reflect the star of the boutique – which is luxury watches. We maintained a fairly neutral palette to keep the focus on the product.
“The shop exterior is very visible with branding and signage, featuring a huge dome on top – the entire shop is noticeable and the dome is very effective, with attractive brickwork on the front.
“What was especially unique is that the building is located in the Royal neighbourhood – opposite Buckingham Palace – so customers can view the palace from the shop window.”