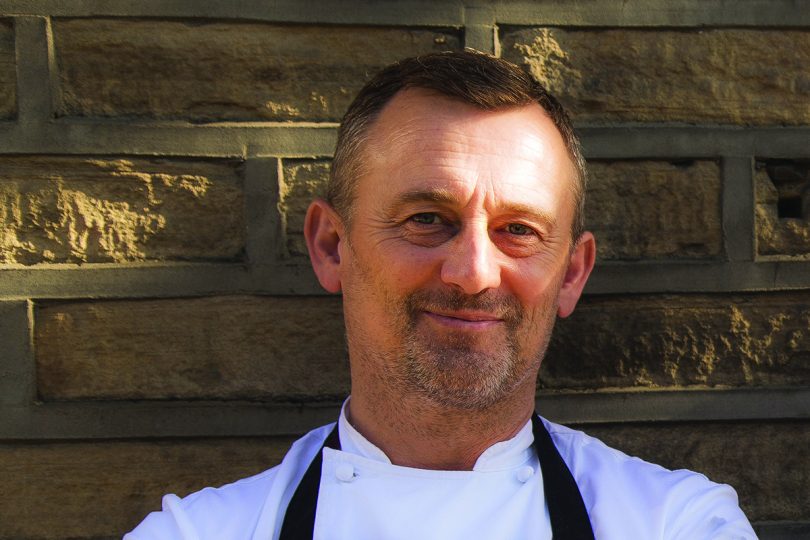 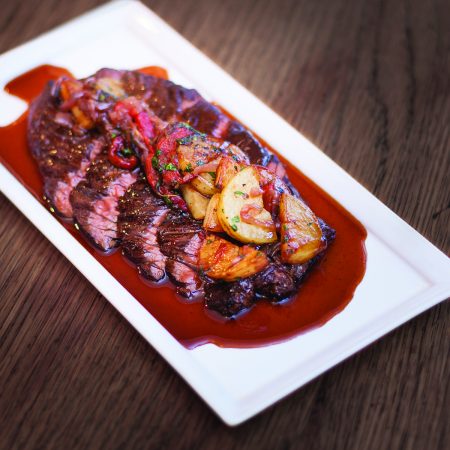 The project has included extensive works to the building, which was stripped to shell on all three floors. The interior design, meanwhile, is sympathetic to the building.

Simon Shaw said:
“We were looking to create a contemporary ground-breaking design with a ‘wow’ factor and there are also some really lovely natural features that we have been working with. We went for a classic look, as we don’t want the interior to date quickly, and have included key items such as very comfortable furniture and a colour palette which is conducive to creating a relaxing atmosphere.
“52 King Street is the perfect destination for us. lt’s a fantastic building – inviting and airy with great ceiling heights that are so very typical of a traditional tapas bar – it feels like it was made for El Gato Negro.”

El Gato Negro will incorporate areas for al fresco all-season eating and drinking, as well as an open finishing kitchen where diners will experience the theatre and thrill of tapas in a Spanish style.

A casual drinking and dining space unfolds at street level with a relaxed bar area and charcuterie counter serving a thoughtfully selected range of Spain’s best cheese and cured meats.

The restaurant’s first floor provides the perfect environment for longer dining experiences. Here, a live charcoal Josper oven will command its own section of the menu, featuring some of Simon Shaw’s favourite dishes, such as onglet steak with patatas a lo pobre and whole rack of baby pork ribs with Pedro Ximenez glaze.

The Black cat at El Gato Negro, a dedicated cocktail bar at the top of the building, will provide a relaxed setting with a retractable roof, which opens to reveal the Manchester sky.

Headed up by Garry Foy (formerly Elixir), the bar will serve a distinctive Spanish-inspired menu including some playful takes on classics. The drinks offering will feature both premium local produce and a select range of Spanish wines and sherry.

Simon Shaw said of the restaurant’s offering:
“The menu will be very much Spanish, using only the best ingredients both from Spain and locally sourced – the rest is down to my imagination and interpretation. We have a good reputation, a lot of heritage and a large following with high expectations – a challenge which I relish. I am very excited about it – we certainly have the means to do a very good job.
“Tapas is more than small plates; it, is a mode of dining that is both refined and relaxed, savouring produce and flavours we know and love, as well as unearthing new favourites.
“With El Gato Negro Manchester, we explore a menu of new and old Spanish flavours and techniques alongside some of the country’s best wines and a new bar offering in a heritage city venue.
“Bringing El Gato Negro to Manchester is a timely opportunity to showcase a broader selection of the dishes and wines l’m so passionate about. There’s a massive resurgence in the new British wave of Spanish restaurants and we want to go further with the dining experience we pioneered almost 10 years ago.

“We’ve taken care to make this a venue that will appeal to those looking to drop by for half an hour over a selection of tapas and a glass of wine or sherry, as much as it will for those taking time to enjoy a bigger occasion. We’re very much looking forward to opening our doors.”
El Gato Negro is renowned for seasonally-inspired dishes, reflecting a mix of modern and traditional Spanish flavours and techniques with influences from closer to home.

Since opening in Ripponden in 2005, Chef Simon Shaw’s El Gato Negro garnered both critical acclaim and a succession of accolades, including recognition from Hardens, Michelin, The Times and The Good Food Guide. In 2015 the restaurant was awarded a prestigious Michelin Guide Bib Gourmand for the second year running.