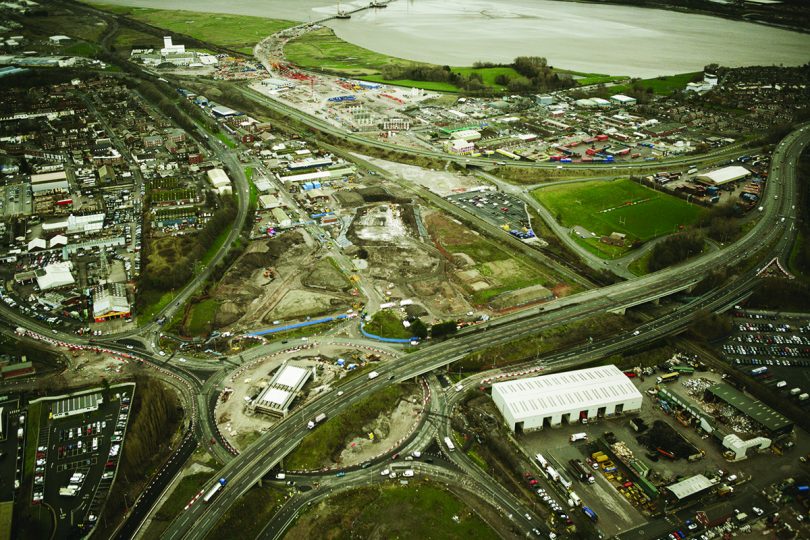 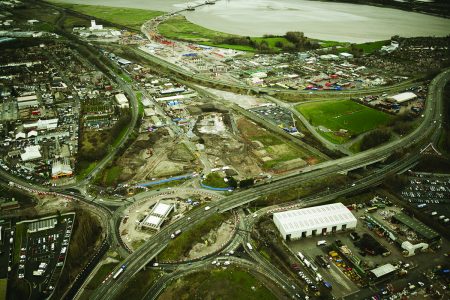 A section of the A533 Queensway in Widnes – known locally as the Ditton Flyover – which links Speke Road to the Silver Jubilee Bridge, will be permanently closed at the beginning of March 2016.

From March, traffic travelling along the A533 in both directions between Speke Road and the Silver Jubilee Bridge will be diverted off the current main route and directed via Ditton Roundabout until the new bridge opens in the autumn of 2017.

Traffic will still be able to access the Silver Jubilee Bridge at all times throughout the work but delays and disruption are expected in the area, particularly at peak times.

Ditton Road West will also be closed to westbound traffic (heading towards Hale) from the beginning of March in 2016 for approximately three months.
One of the first activities to complete in this area will be the demolition of two bridges over Ditton Roundabout which will take place over two weekends in March.

Later in the month, Lower House Lane will re-open and a section of Ashley Way will close for several months to complete the new four way signalised junction planned to replace the existing roundabouts.

Hugh O’Connor, General Manager for Merseylink, said:
“This is one of the most important interchanges we have to build on the existing road network. Keeping the public and our site team safe is our first priority at all times, and due to the nature of the traffic management diversions we will have to put in place to ensure everyone’s safety, we anticipate that this work will cause disruption and delays for drivers using this busy route.”
He added: “I’d urge everyone who travels on this road to look at the diversion routes and plan their journeys accordingly, keeping a look out for any alerts on radio, social media, our website and roadside signage.”

Cllr Rob Polhill, Leader of Halton Borough Council and Chair of the Mersey Gateway Executive Board, said:
“Already, there have been many changes to the area around Ditton Junction and this is an important milestone of the project. While this new closure is expected to cause disruption, we ask for your continued patience and co-operation.”

Throughout the year the Merseylink team will continue building the main Mersey Gateway Bridge and the new link roads that will take traffic towards Liverpool or across the new bridge.

Once the new bridge is open the Silver Jubilee Bridge will be re-modeled as a local bridge that will have vastly improved pedestrian and cycle links, but will retain one lane of traffic in each direction.