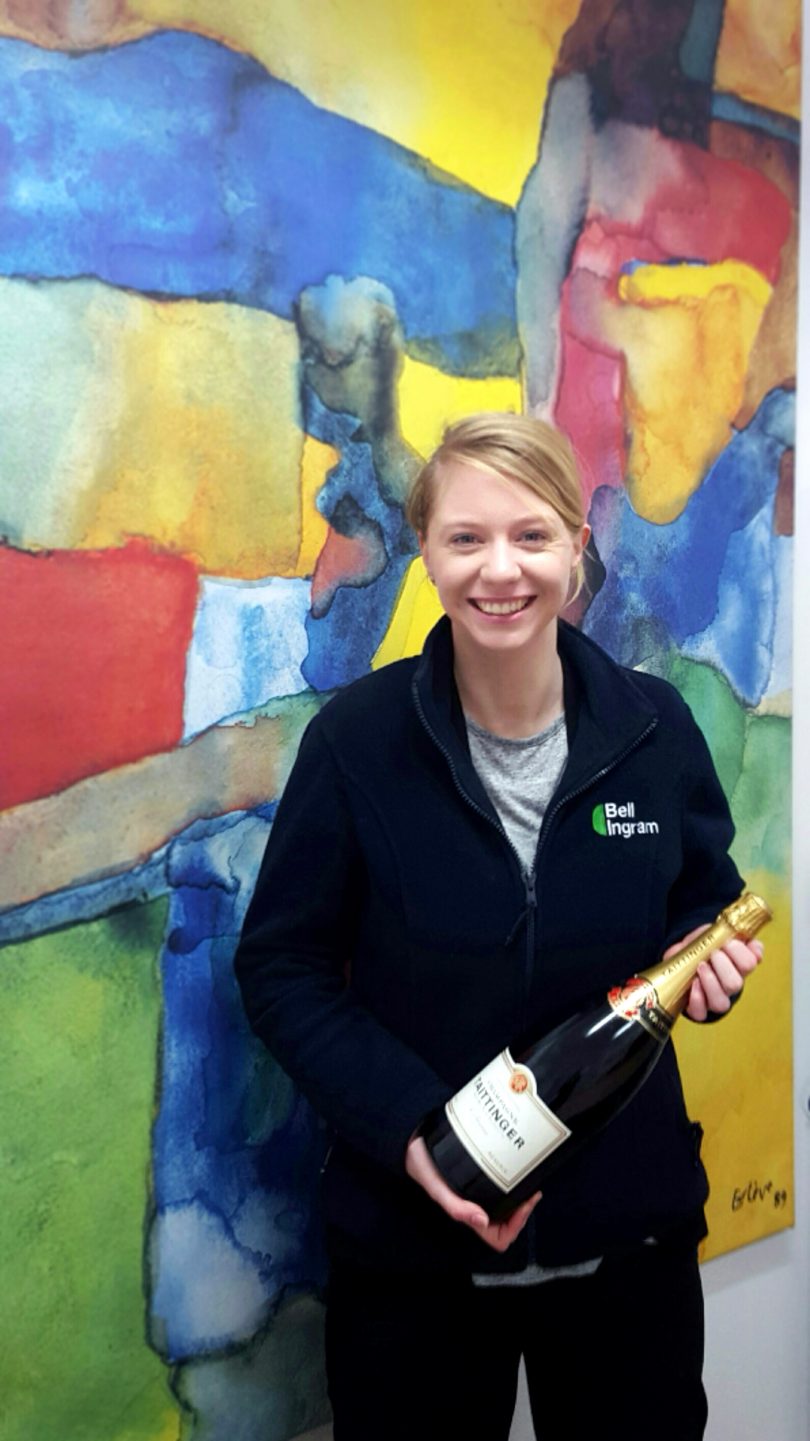 An estate agency negotiator from Oban has won a coveted best employee award after receiving a whole host of positive feedback from satisfied customers.

Mairi Kennedy, who has worked at land and estate agent Bell Ingram’s Oban office since 2013, was awarded the accolade after clients gave her a number of commendations throughout 2015.

The Client Feedback Award is open to all 130 Bell Ingram staff, so winning it means beating off stiff competition.

Particular highlights were from a client who commented that the dedicated negotiator was “tireless throughout the whole process, leaving no stone unturned” and another that stated they were “absolutely delighted with the service and Mairi’s professionalism.”

Mairi, who was presented with a magnum of champagne, said: “Bell Ingram place client satisfaction as being their premier goal, so it is amazing to have my efforts recognised with the Client Feedback Award.

“This award is really an award to the team here in Oban, as we all strive to put the client first, but to be singled out for particular praise is fantastic – I will try not to let it go to my head!

“2016 is already off to a great start, so fingers crossed we can get even more positive feedback this year.”

Graham Lumby, Director at Bell Ingram, said: “It is always gratifying to receive praise, however, last year was significantly greater than in previous years, which shows the investment we have made in training and our rigorous staff selection policy is paying off.

“Well done to Mairi, and to everyone else who received commendations from clients last year.”