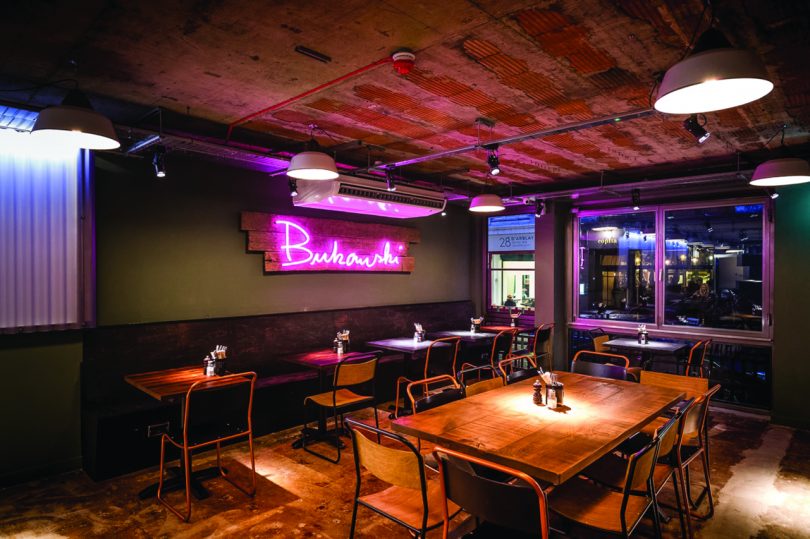 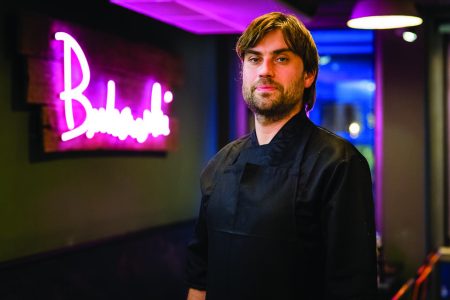 Bukowski Charcoal Grill has opened its third restaurant in Soho.

An American inspired grill restaurant, Bukowski already has popular eateries in Brixton and Shoreditch catering to hungry diners throughout the day. Their third location is situated on D’arblay Street, Soho and is offering culinary delights including burgers, ribs, and chops.

Bukowski began trading in 2011 from a single shipping container serving up burgers and fries. Two years later, the company were offered a site near Brixton Market where they have successfully stayed ever since.

Robin Freeman, Owner of Bukowski said to Premier Hospitality Magazine: “We started ambitiously with chargrilled burgers and made all of our own sauces and everything and then two years later we signed a site in Brixton Market where we could extend the menu due to having a bit more space. We broadened our menu and added draft from local suppliers and cocktails and a wine list, which we have gone with for the last four years. The opportunity then came for Soho – it is a bigger site, has a bigger kitchen, bigger servery and we can take the menu even further with both food and drinks.”

The restaurant opened to the general public on Thursday 25th February and offers diners with a new and unique experience compared to the Brixton and Shoreditch locations. The main contractor for the project was BTS Limited with design work undertaken by David Paige.

Robin said: “Each site has its own individual twist. In Soho the looks and feels are taken from Brixton and it has been a collaboration with myself and David Paige. It is pretty much Brixton/Soho a bit.”

Once diners are inside, the Soho site greets guests with glass walls going up to the ceiling. There are booths for five or six guests as well as numerous tables for two, which can be moved together for bigger groups, with larger tables in the middle of the restaurant.

Once in the kitchen, which is described as “the biggest one yet,” the grill is the heart of the kitchen. More booths line the walls and instead of a traditional bar, Bukowski uses a servery to serve drinks to their customers.

“There is not a bar as such, but a servery against the wall,” said Robin. “With us the food comes first so you can’t come in and just have drinks, or sit at the bar for a drink, you have to come in and eat and drink.” 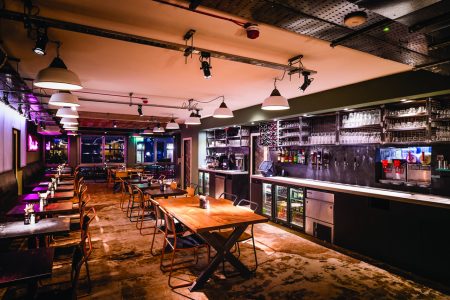 Upon opening the third location, Robin is pleased to be back in a location that is close to his heart.

He said: “It’s a big thing to open in Soho. I used to work in Soho so coming back is great but being given the opportunity to expand the menu has been a lot of hard work but has been a lot of fun. It’s always exciting when you open a new site. Each site has an individual touch to it and we are doing early breakfasts and brunches, which we don’t do at the other sites, so there are a few new avenues for us to go down.”

With the Soho location under his belt, Robin and his team have plans to expand to Croydon later this year but think that will be it for the time being.

Robin concluded: “We have already signed a double container in Croydon, which is hopefully opening in June, and then that will do for this year, but if the opportunity comes with the right circumstances and all that, then we’ll see.”