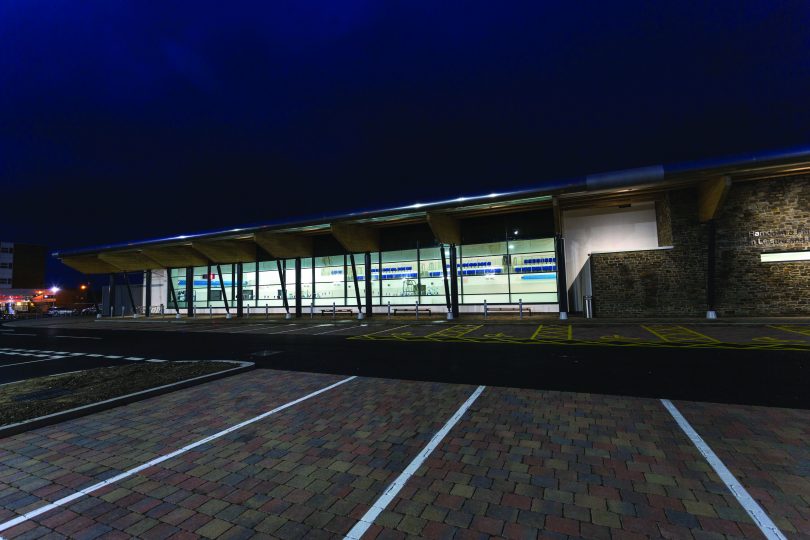 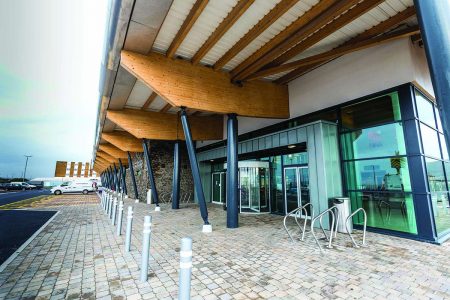 The £13.4 million centre has replaced former leisure centre, Afan Lido, which was burned down in 2009 and demolished in 2011. Built in 1965, the original Afan Lido included a 50m Olympic standard competition swimming pool, which was later converted into a 25m leisure pool with water slides, a spa, gym and concert hall where bands and singers including Tom Jones, McFly, The Stereophonics and the Manic Street Preachers performed.

Work on the new project began on 9 June 2014 and lasted approximately 74 weeks. Work was completed on 24 November 2015 with the centre opening its doors to the public in January 2016.

Developers Corban Investments have worked alongside contractors Heron Brothers to bring the new leisure facility to the local community as soon as possible. 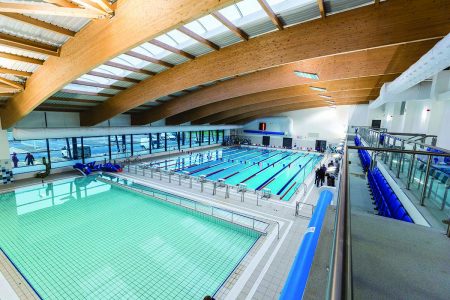 John Paul added: “Our first initial bit of work was to demolish part of the structure of the bowling alley that used to be on the site and to raise the roof in an area of it to make room for the new sports hall. We then had to work on the new swimming pool, so it meant creating a whole interesting maze of reinforced concrete below the ground.

“The pool has a submersible/floating boom which means that the pool can be split in two halves with a rise and fall boom. There is also a moving floor to give the centre flexibility to set the floor to whatever depth they want.”

The new centre also has a wave roof to make it stand out. The roof was transported from Austria with one piece of the structure being in the region of over 35m long and is certainly bringing an iconic feature to the centre.

John Paul commented: “This project has been extremely important for us. We have developed a bit of a reputation for swimming pools and leisure centres and this is our third successful completion of one of them in the last few years, so it is really important to us.”

The leisure centre is run by Celtic Leisure, a company established in April 2003 to manage leisure facilities on behalf of Neath Port Talbot County Borough Council. As well as Aberavon Leisure and Fitness Centre, the company manages a further five leisure centres and a cinema/theatre employing 200 staff and approximately double that during peak periods.
The new leisure facility is part of a number of planned and future improvements and attractions set for the Aberavon seafront, with more than £5 million invested in infrastructure and environmental improvements. Improvements include a children’s play area, Skateboard Park, the sunken gardens and car parks at Ocean Way, Day View and Scarlet Avenue.

RT Finishings UK Ltd has a wealth of experience in the commercial tiling industry and, more specifically, in the tiling of swimming pools. RT Finishings carried out a first class delivery on the facilities at Aberavon Leisure & Fitness Centre.

A company at the forefront of the commercial tiling industry, RT was formed in 1999 by Donal Corcoran in County Louth, and is now an industry leader within the leisure, residential and commercial sectors.

Premier Construction caught up with Donal Corcoran, Director of RT Finishings UK Ltd, to discover more information on the company’s involvements with the leisure centre at Aberavon. According to Donal:

“As the tiling was 90% of the finish, we started off with a grey looking building and it was our job to bring it to completion with a high quality installation.

“It was quite a complex job, working to the required tolerance and water levels of the pool, but with over 17 years’ experience our team was more than capable. We have worked on swimming pools all over Ireland and in the UK. One of our more prestigious projects was the tiling of UCD’s 50metre Olympic pool in Dublin.”

When asked what the company prides itself in, Donal responded:

“We are one of the only commercial tiling contractors specialising in swimming pools, and we take pride in our quality, extensive product knowledge and ability to deliver every time. Working across a variety of sectors, and offering clients a comprehensive tiling service, our business is committed to becoming one of the largest partners to the construction industry and has the resources to undertake any size of project and deadline.”