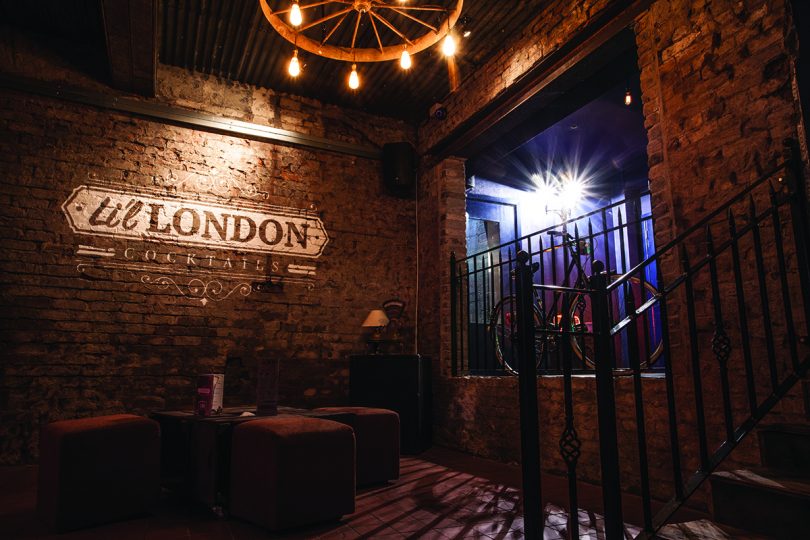 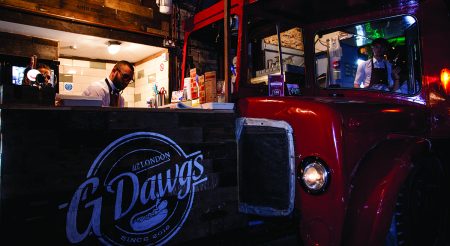 A new London inspired bar open in the heart of Swansea is giving guests a taste of London by offering over 100 different cocktails from a Double Decker Bus and a gourmet hot dog menu.

Lil London opened its doors to the general public on Thursday 25 February and is the brainchild of owners Dai Wakely, David Bellis and Sillio Martens.

Speaking to Premier Hospitality Magazine, Dai said: “Sillio used to have a gym and a café and he approached me and Dave about doing something in his building. We then gathered some ideas together and I came up with the name Lil London and then the idea behind it is that our bar is parts of all of the coolest bars in London, mainly in Shoreditch, all in one bar in Swansea.”

Work on transforming the building into Lil London began in November 2015 and saw the guys turn their ideas into reality.

The 200 capacity bar includes a 1950s Double Decker London Bus, which has been turned into the bar.
Dai said: “We had to chop the bus in half, cut the roof into three different pieces and then reverse tow it into the building. We had to take all of the windows and doors off of the front of the building and then reverse tow it inside with another bus. Despite the hard work to get it in, it is quite a cool thing to look at.” 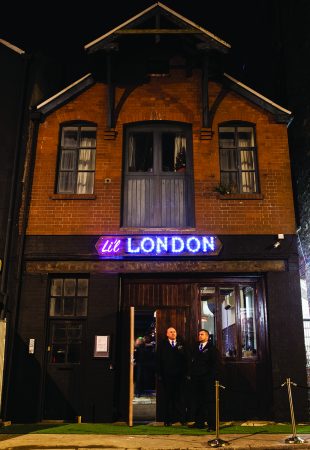 Other visual features of the bar include a V.I.P caravan booth, toilet doors replicating 10 Downing Street, a grand piano as a DJ booth, tables made out of copper boilers, tables made from petrol tankers and a men’s urinal made from a Victorian style bath tub. The walls of the bar are also lined with cassette tapes.

Dai added: “The ideas were a combination of the three of us working together. The caravan booth was an idea taken from Barrio East in Shoreditch and other little things were things we had seen or made up.”

He commented: “The bus really wasn’t easy. We only had about an inch on each side of the building and about two inches from the roof and then we had to gut out the entire chassis from the middle so we could get the bar in. It was a two week job with four men.”

Despite the tough elements of bringing the final pieces of Lil London together, those visiting the bar have had nothing but praise for it.

“It has been manic but it has all come together and on opening day it was as if the bar had come from nowhere, it was amazing,” said Dai. “People are loving it and are enjoying having cocktails by the bus. It is the talk of the town at the minute.”