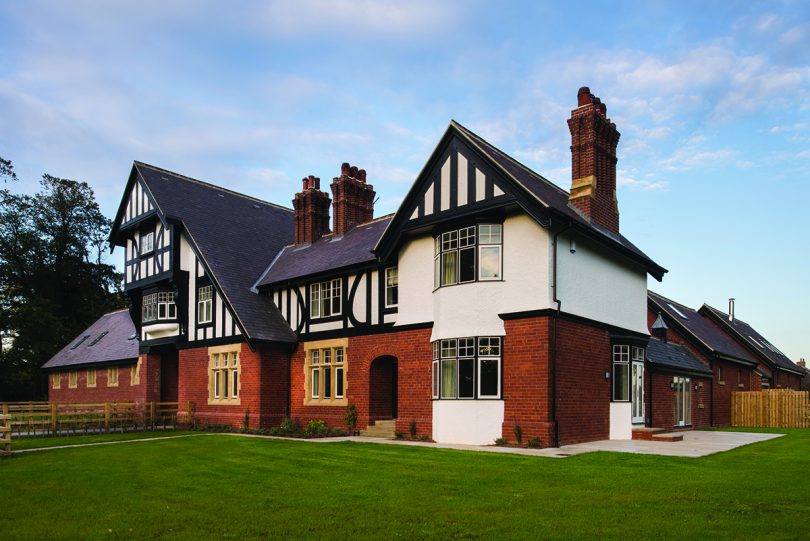 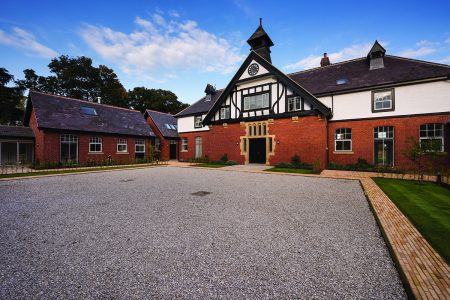 Fountainhead Ventures and Niche Design Architects have completed work on a new residential development site consisting of five houses, three of which are available for sale, converted from the original estates managers’ cottage and the attached stables and carriage house.

The site sits between the two picturesque villages Askham Richard and Askham Bryan on the south west outskirts of York. The site has access from both villages and is serviced by one of the top primary schools in the country in Askham Richard.

The units range in size from three bedrooms at 2,298 sq ft up to four bedrooms at 4,193 sq ft. Each unit comes with a garage, parking and a large garden with separate land available for separate purchases.

Chris Hunt, Architect at Niche Design Architects said: “The project has taken about two years to do and the last unit was completed recently. We started in mid 2013 so it has been about two and a half years all together.

“A conversion is much more complex than a new build because there are planning issues to take into account and you are constrained by the layout, space and size of the existing development but I wouldn’t say it was difficult for us because we do it all of the time, but it was a less straightforward project than a new build would be.”

Stand out features within the development include the refurbishment of the old clock tower on site as well as introducing old features of the former stables into the house designs.
Chris said: “The original clock tower has been refurbished because that wasn’t working and it is now in working order again. A lot of the original features in the stables, like the tongue and groove boarding around the edges was stripped out, cut back and put back in again in the bathrooms and hall areas. Some of the old feeding troughs have been re-used as sinks in the downstairs toilets and then quite a few of the stables had glazed brick walls which we retained as well.”

A huge amount of groundwork has also been undertaken at the site.

“The entire courtyard was re-landscaped and all of the outside has had new drainage put in, with two new garage blocks built, which have five garages in so there was pretty extensive groundwork undertaken,” said Chris.

Following the completion of the project, the development has been short listed for awards in the Building Conservation Award and Best Residential Award categories at the 2016 RICS Awards, as well as receiving nominations in the York Design Awards. 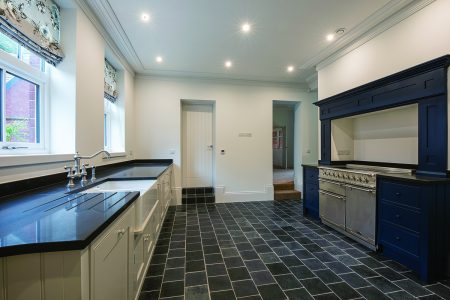 Chris commented: “It is good to be nominated but it doesn’t surprise me because it has been a well built project as well as a well designed project, and all of the rest of it. We are hoping that we win because we have been short listed before on another project but we didn’t win. The problem with those awards is that you get such a variety of different schemes that it can be hard, depending on what the judges are looking for really. I think when we met the judges they seemed very interested in the scheme and what had gone on so I think we stand a fair chance.”

The building is an Edwardian building that was originally part of the Askham Grange Estate.

Chris concluded: “The project has gone really well. We work with the developer all of the time so this was not the first project we have done with him. He knew what to expect from us and we knew what to expect from him, but it has been a nice project to work on and it helps when it is a fantastic building to work on in the first place. It is an Edwardian building that is typical of that time and we have enjoyed getting the best of that and introducing some modern elements, extensions and modifications so it has been a good and enjoyable project for us as well.”

Premier Construction spoke to Ben Gillam, Managing Director of Ben Gillam Fencing and Groundwork, to discuss the company and its involvements with Askham Park.

“As a company, we pride ourselves on the quality of our work, making sure that everything is how the client expects it to be,” said Ben.

“For example working on Askham Park, we had to make sure everything was done properly and that meant finding the boundaries of the land and reinstating the value in the correct locations, as well as restoring the site to what it was before the overgrowth.

“We cleared the overgrowth and put the hedges back, reinstated the fences, reclaimed lost land and also took on the grassland and farmed it for two years. Following this we then fenced all of the gardens around the properties and carried out some reseeding work in the fields,” he added.

When asked what it means to him to be involved in the project, Ben replied:

“It’s been great to see how everything has been transformed from what it was formerly, and see the standard of the park be improved. Also it has been fantastic to see it be used for something – I’m quite local to the area so it meant a lot that the development had taken place and so successfully.”

Birch Joinery is a specialist manufacturer of windows and bespoke doors produced in hardwood and oak and manufactured to meet CE EN14351-1 Construction Products Regulations. The company has been in operation since 1978 and is backed by a professional installation service, with all work FENSA registered to comply with building regulations. Installation work also includes orangeries, conservatories, roof lanterns, frameless glass, folding sliding doors, and aluminium windows, doors & screens.

Over the years Birch Joinery has been involved with many projects overseen by Fountainhead Ventures. The company has also been involved with numerous developments, both domestic and commercial, ranging from schools, universities, doctors surgeries, care homes & social enterprise schemes, to hotels, guesthouses and other holiday accommodation.

Working on the Askham Park project, Birch Joinery was asked to design, specify, manufacture and install all the hardwood windows, doors and screens for the project. The items were fully factory finished and double glazed to a high standard.

“Andrew McMillan from Fountainhead Ventures wanted the windows to be sympathetic to the original design and age of the property. The items have a significant impact aesthetically on the development.”

“At Birch Joinery, we are proud to be involved in renovations and restoration of older properties. We like the challenge of doing something different, whether old or modern.”