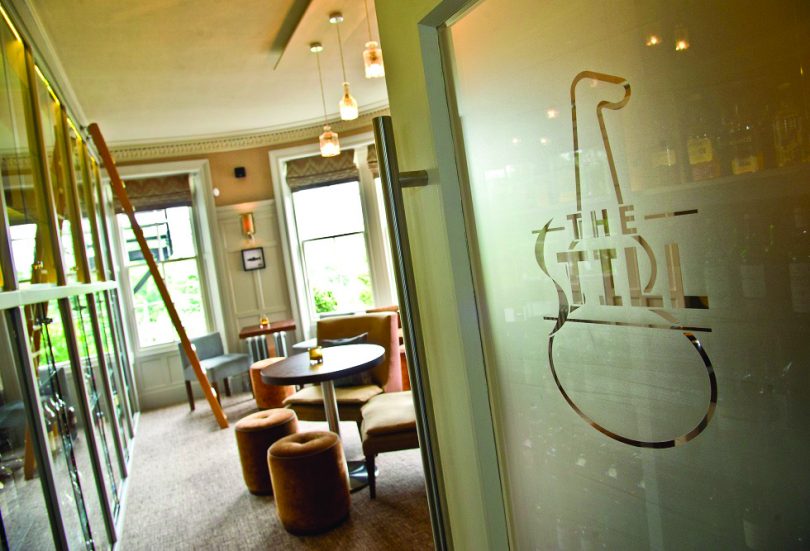 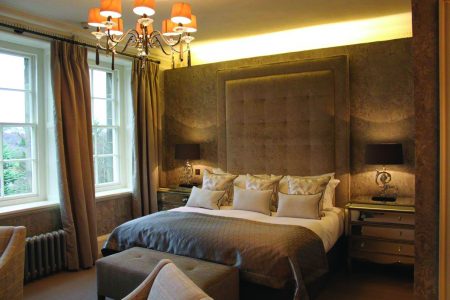 From the minute the new owners of the Dowans Hotel, The Murray Family, walked into their new business venture, they have not stopped refurbishing the hotel to bring it into the 21st century.

Marie Murray and her family became the proud new owners of the hotel in Aberlour, Scotland, on 18 December 2012 and according to Marie, “we have been refurbishing since we walked in the doors. We took over in December 2012 and literally started work the first week in January 2013.”

The building that now houses Dowans Hotel was built in 1888 for John Cummings, the owner of nearby Cardhu Distillery and is steeped in history. The building was then used by the British Army as the officer’s mess during the Second World War. Following that it was used as part of the Aberlour Orphanage, with the building being used for the nursery department. Children from birth to the ages of five to six would live in the building before being moved to other areas of the orphanage in the village.

Refurbishment work on the hotel has included a complete overhaul of the whole building from groundwork outside to a complete makeover inside.
Marie said: “From the main road, which is a couple of hundred yards from the front of the hotel, you couldn’t see us and we couldn’t see the main road but now we have actually opened it up, taken down trees and done whatever possible. We have put new steps down to the pond area, we have a pontoon on the pond and we’ve got ducks and rainbow trout there now. The grounds are looking amazing.
“Inside on the ground floor there were two rooms that prior to us coming in, you could go through via an opening but we have closed that off. We now have two restaurants, Spè, a more formal restaurant and 57, described as an informal restaurant and they have had a total renovation. Then there was a bar which was very old fashioned and small and if you had 14 people in, it was full, so we ripped that out and made it a whisky snug called The Still. 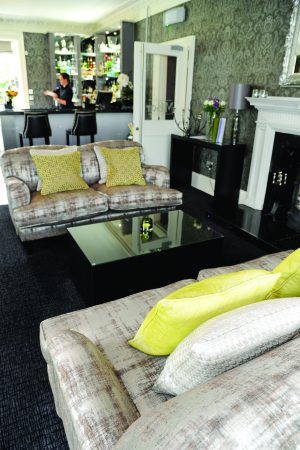 “We also have, previously known as the resident’s lounge, MBar which is a beautiful, large room, so that’s amazing. We have also done all of the reception area. There was originally one toilet at the front door which was a ladies toilet and the gentleman’s toilet was then down at the restaurant. We closed them up to reinstate the front door, because people used to come in via the back door and for us to reinstate the front door with the architecture and view down the valley, we took out the ladies toilet and put in a sweep of toilets in the reception area.”

As it stands at the minute, the grounds of the hotel have been completely transformed, as has the ground floor. On the half landing, a firewall from the early 1970s has been ripped out with the space being opened up to allow the reinstatement of a banister to take place.

During the refurbishment of the hotel, guests have been welcome to stay with the hotel not closing its doors during its impressive transformation.

Following continuous work, Marie hopes to have the whole of the refurbishment completed by summer 2017.
She concluded: “The day that I saw the building I fell in love with it and my husband saw the possibilities in it. I just loved the building and it didn’t have any love or passion in it, so we wanted to bring that back to it. Everything that we have managed to do, even the small things, mean a great deal to us because we do love the building and we would love to see our family continue to live here. To see it finalised will be one of our greatest achievements. This is ours and is something we are putting life back into and that means a great deal.”