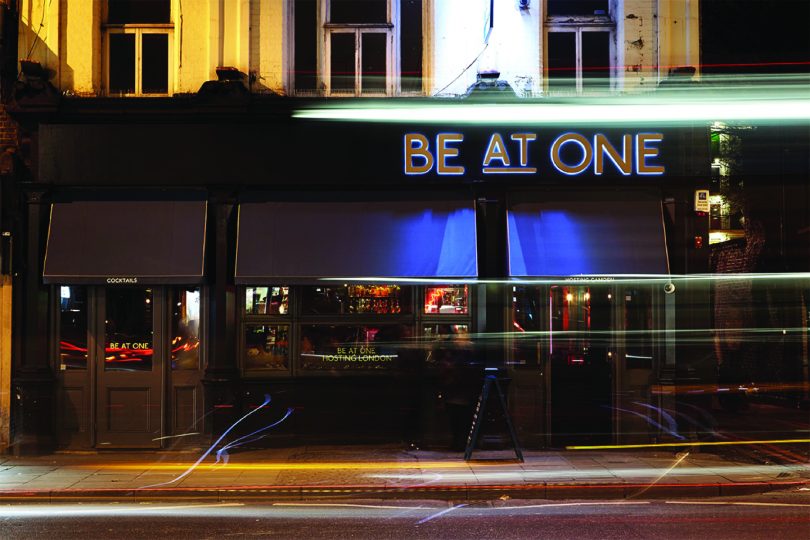 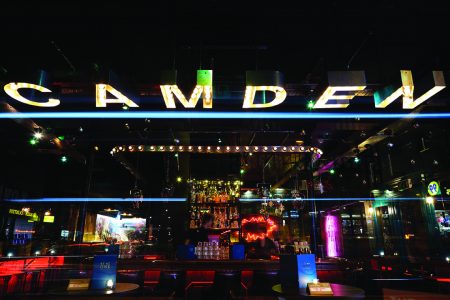 Established to offer a place of pure escapism and unadulterated fun, since its inception in the mid 90s, Be At One has been making expert cocktails offering something accessible to all.
Having met bartending in London in the early 90s, after several years in the industry, Steve Locke, Leigh Miller and Rhys Oldfield decided to set up on their own bar. They gave up their jobs, got themselves a car loan and bought a run down Indian restaurant on Battersea Rise. Over the following few weeks, they created a cocktail bar.
Be At One Battersea Rise opened its doors at the end of May 1998 and was an instant success. This was followed by openings of many more across London to Oxford, Manchester and Leeds.
Steve, Leigh and Rhys approached hospitality designers Blacksheep to design one of their latest bars in the heart of Camden, a place with a rich heritage as somewhere where anything goes.  The sense of place is brought into the design through a neon figure of Camden icon, Amy Winehouse and graffiti artist Mr Cenz, whose work already adorned the surrounding neighbourhood, was commissioned to paint the back wall.
Playing on the theatrics of the cocktail making process the bar takes centre stage in the space, giving the bartender a platform to host and welcome guests and allowing the easy interaction between the two; something that is at the heart of the Be At One ethos. 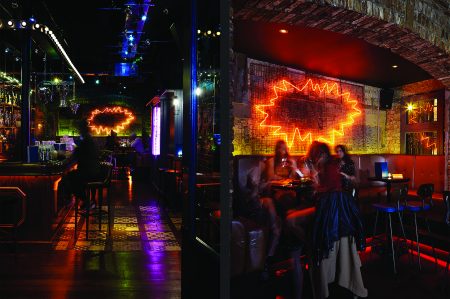 High-level banquettes and intimate nooks lend a domestic, relaxed feel for guests to unwind and spontaneous spaces dotted around make for an easy transition to late night dancing.
Continuing their partnership, further sites have now been opened in Sheffield and Richmond, with a new Be At One also being developed in Liverpool.