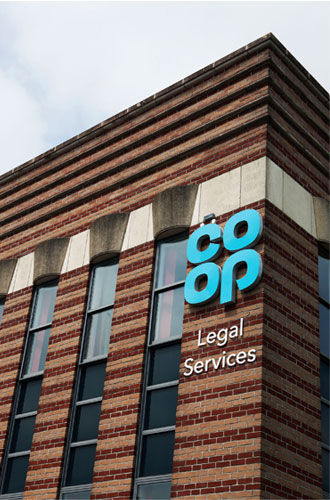 Members of the Bristol community are among the first in the UK to see the Co-op’s new logo as Co-op Legal Services went back to the future to unveil its new look.

The return of the familiar blue design to the High Street – often referred to as the ‘clover leaf’ and first used in the late 1960’s – is intended to highlight the Co-op’s heritage, while providing a fresh identity to signal the changes to its membership.

The Co-op has more than one million members across the South West and the new-look follows its AGM in May where a radical overhaul of its membership offer was also revealed.

The moves underline the Co-op’s commitment to return to the heart of the communities it serves across the UK with its outlets working to establish themselves as community hubs.

The revised membership offer will see the Co-op give members an automatic 5% personal reward back on purchases of its own brand products and services, with a further 1% reward going into supporting local community groups and charities.

“Not only will Co-op members receive a 5% reward on a range of our legal services including Wills, Trust, Lasting Power of Attorney and fixed fee family services, a further 1% will benefit local causes in their communities.”

The new membership proposals will be piloted with colleagues before rolling out across the UK in the Autumn.