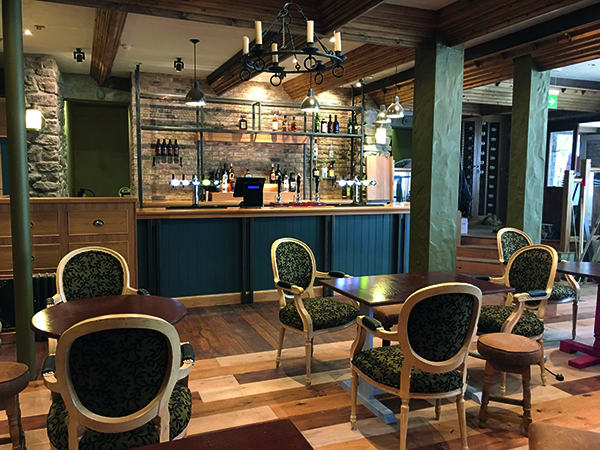 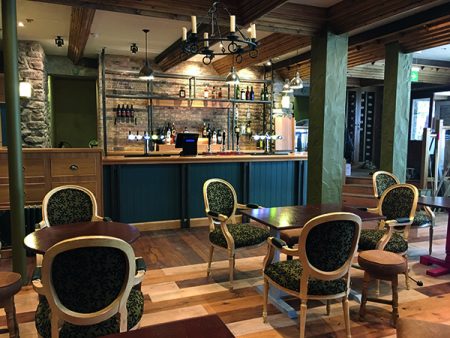 One of Alderney’s largest landmark hotels which had been vacant for several years is in the final stages of a spectacular rebirth, and is soon to open with a new name.

The three-storey hotel is located in St Anne, the capital of Alderney, the most northerly of the Channel Islands and part of the Bailiwick of Guernsey.

Originally known as the Chez Andre Hotel and Restaurant, the venue has been renamed The Adventurer’s Rest and Chez Bar, and will reopen as a family-friendly traditional inn offering good value food, drink and accommodation.

Local businessman Martin Smith is leading the renaissance of the hotel, which was bought by Liberation Group in autumn 2015.

He has taken the tenancy for the hotel and is a fourth generation hotelier with many years of experience in the hospitality, leisure and event management industries.

The hotel has 20 bedrooms, a bar and restaurant that can cater for up to 60 covers. There is also an Orangery and two al fresco areas. Liberation Group has invested a significant sum in creating a new look and feel for the property, which will be a totally new concept for Alderney.

Mark Frampton of Mark Frampton & Company, who is acting as site architect and project manager for the scheme said: “The hotel had been vacant since 2009, after two partial renovation attempts had been made by previous owners.”

Remedial works to the building structure, services and interior have been extensive, presenting a significant challenge to those working on the project, as guest bookings have already been made.

Mark Frampton said: “On the ground floor, water had penetrated the building through leaks in the roof caused by poorly executed workmanship and the water had run into the bar/restaurant area. Water had also leaked into the building through the back wall, with this resulting in all the carpets becoming mouldy and sodden and the bar furniture becoming twisted and warped. In addition, the wiring was not working and there was no running water. 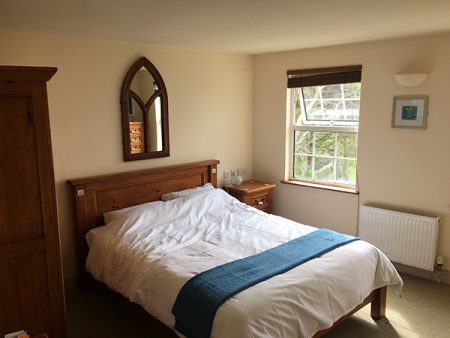 “The 20 guest bedrooms and eight staff bedrooms had all been renovated to some degree by the previous owners, but none of these rooms were finished and every single one needed some work. Some were in a quite unfinished state and needed works such as bathroom fitting and wall tiling, for example. The staff bedrooms all needed carpeting.

“Externally there were two huge old trees which had overgrown extensively over the years and the external decoration of the building was in a sorry state – all of which had to be addressed.”

The internal design for the project was carried out by LAP Architects and Designers Ltd.

The ground floor includes a new bar restaurant, with the new design involving the re-location of the bar to a more central area and the conversion of the original reception area into an entrance/lounge, with a small area of the new bar area being dedicated to receiving guests.

A brand new contemporary design bar in wood and steel has been installed, together with new furniture and new flooring, with finishes including multi coloured wood and carpeting. Other works have included complete re-decoration and significant waterproofing of the floor structure.

Significant renovations to the building include the replacement of all the windows and the substantial refurbishment of a curved conservatory.

General structural repairs have been carried out – including those to remediate water ingress. New fire alarm and kitchen ventilation systems have been installed, as well as a new oil tank.

On the upper floors, the partly refurbished bedrooms are being completed, with some requiring substantial work and others requiring more minor adjustments.