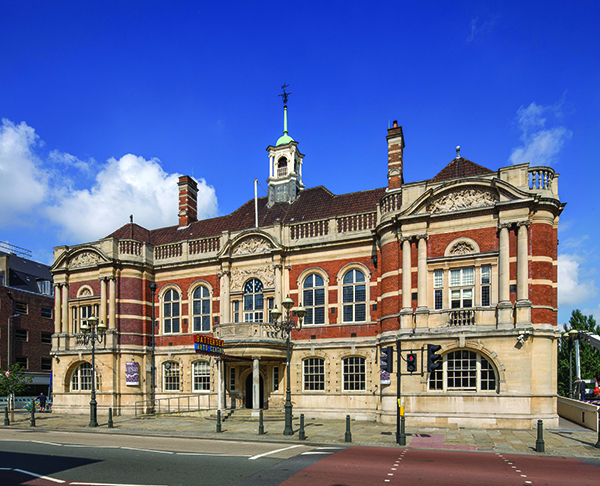 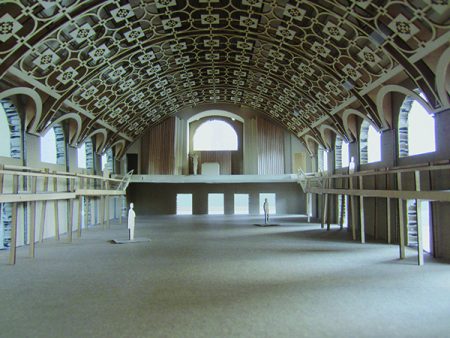 Located on Lavender Hill, London, Battersea Arts Centre has been renovated and modernised to provide all of the necessary facilities for theatre shows and much more.

Guardian of a beautiful Victorian town hall built in 1893, Battersea Arts Centre is a space for people to be creative, enjoy a show, explore local heritage, visit a café/bar, play and relax.

Renovation works commenced on the large building in 2007, with the final phase taking place from 2014 and due for completion in summer 2016. Gilbert Ash is the main contractor. Tragically, the Grand Hall at the back of the building was destroyed by fire in March 2015, which resulted in the birth of another project phase for Battersea Arts Centre. This rebuild of the Grand Hall was granted planning permission in May 2016 and is due for completion in 2018.

“The building at the front features lots of grand spaces and lots of smaller spaces used for offices and such over the years. Now that it is an arts centre the idea of the project was to use as many of these spaces as possible for performances. So some of these are quite unusual compared to a standard theatre space – some can fit an audience of 200, however some you can only fit an audience of 10.”

“The project has been about opening up for more performance and also developing supporting areas of the centre, such as workshops for set creation, and bedrooms for artists and performers.”

“Further developments are taking place on the arts centre, such as the Grand Hall rebuild that will result in a single ground floor space at the back of the building accommodating 800-1000 people, meaning that much larger performances and music events can take place in this area.”

“Aside from the Grand Hall rebuild, the refurbishment works have made a number of improvements to the Victorian building. There are some areas where we have had to reconfigure the internal spaces, so there are new WCs, linking corridors and a new extension to the roof. However the majority of the spaces are existing spaces that have been upgraded, through redecoration or new infrastructure.”

Open all day, the centre allows children and adults to play together in the indoor play space, The Bee’s Knees, or enjoy the monthly fun-filled Family Saturdays. Young people often attend the arts centre after school to develop creativity, confidence and enterprising ideas. The rich heritage of the building and the local area are also celebrated through events and discussions. 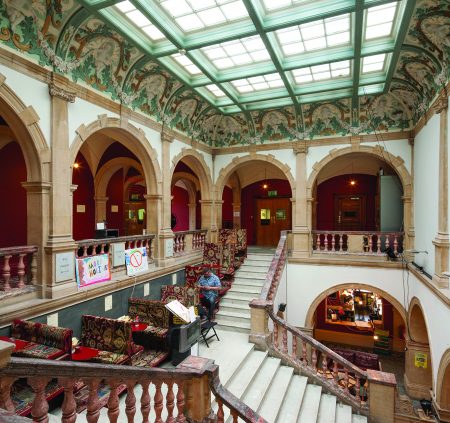 “In terms of external works, we have remodelled the site entry and we are going to be increasing level accesses into the building.

“Keeping the operational building open throughout the duration of construction was probably our biggest challenge. Maintaining positive relationships with the contractor is something that can be challenging but important; and of course the fire was something that was completely unforeseen and presented a huge challenge for the contractor and the organisation.”

“We are still in the middle of the developments however it has been an amazing transformation of a spectacular building that needs to live on. The building needed a lot of work to ensure that Battersea Arts Centre could continue as a viable organisation in the future and it’s really great to see a lovely old building continue in a new light.”