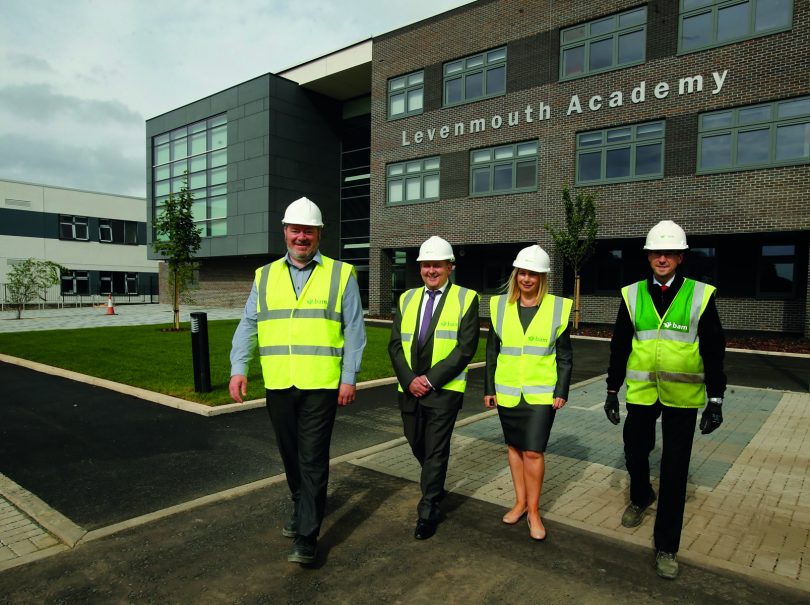 A new state-of-the-art secondary school development, New Levenmouth Academy, has been built in Leven, Scotland, and will replace Kirkland and Buckhaven high schools.

The Local Authority, Fife Council Education Service, commissioned this project in order to house 1800 high school pupils and around 150 staff members. The £45 million development completed Phase one, which consisted of the main building, in July 2016. This was opened at the start of August this year for the new school term. Phase two of the development, the demolition and provision of additional sports pitches, is well underway and due to be completed in summer 2017.

Funding for the school came from multiple contributors. “For off-site roadwork safety improvements the funding came from Sustrans, whilst Fife Council funded the ground consolidation ICT installations. The main building of the project came from the funding of a Hub DBFM agreement with involvement from the Scottish Futers Trust and the Scottish government,” commented Alastair Drummond, the Authority Project Manager of Fife Council.

The project was built on the grounds of the existing Buckhaven High School which meant that there were no issues in obtaining planning permission. In order to be able to build the new school, mineral consolidation work as well as providing a new football pitch had to be done. The area surrounding the project is mainly residential as the site selected was the only site big enough for this type of development. 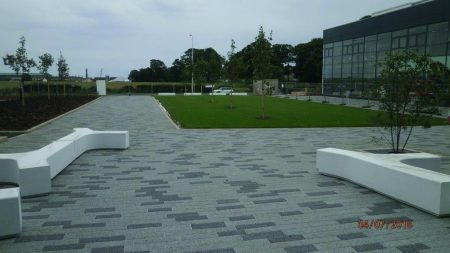 The main contractors, BAM Construction, worked with the architects, AHR Architects, in order to design a building that would be fully accessible on all levels including evacuation lifts. There had to be special considerations when developing the site due to the underlying mine workings that project was built on. These were consolidated as part of the groundwork done to ensure a solid foundation. The three storey build has a Gross Internal Floor Area of 18,104m2 and is based on a street and teaching wing concept. As well as brand new classrooms, the school will benefit from first-class facilities including a four court SportScotland-compliant games hall, fitness and dance studios and two gyms, all of which will be open for community use. Alongside the more tradition classrooms will sit a drama studio, pottery and photography rooms, and modern science labs.

The external façade of the building is brick work with banding, render and cladding. It also features aluminium framed windows and inverted duo-pitch aluminium standing seamed roofing, along with extensive curtain walling, roof lights and light wells. The interior has all the features typical of a high school with CCTV, smoke detectors, fire alarms, sprinklers as well as door access control systems.  In order to keep the school environmentally friendly, a biomass boiler was installed as the primary heat source. “The build itself has achieved a B rating for Energy Performance, a bronze Considerate Constructors award and a Platinum standard in the Fife Council Sustainability Matrix,” commented Alastair.

The development included the landscaping of a public area to the front which was created by a combination of soft and hard landscaped areas. There are pupil social areas, two grass football fields, an all-weather pitch, a running track and a long jump that make up the surrounding exterior of the new school. Car parking for visitors and disabled users will be found at the front of the building whilst staff parking will be to the rear.