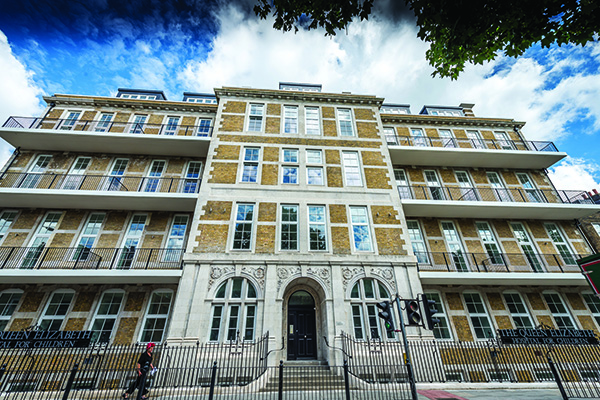 Queen Elizabeth Hospital – Construction team are pride of the company! 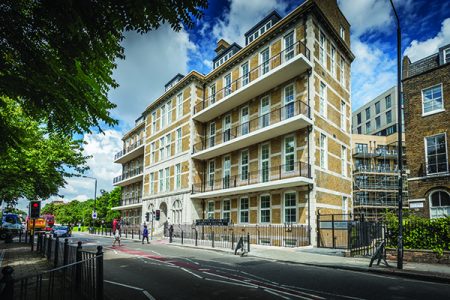 Taking a real pride in their work paid off in the form of an NHBC Pride in the Job award for Rydon Construction site Contracts Manager Russell Murphy and his whole team, working on the £3542m housing development on the site of the former Queen Elizabeth Children’s Hospital in Hackney Road, Tower Hamlets.

An outstanding scheme of both private and social housing comprising 1886 apartments, constructed behind the retained listed Victorian façade of the site’s historic hospital, the project is a collaboration between Family Mosaic Housing Association, and Rydon Construction and the Greater London Authority (GLA). Project Architects are HTA Design LLP.

Russell commented: “This is the first NHBC Pride in the Job Award I have received in my name. One of my projects won last year, but as I was not site based, I was not named.

“However to be fair, I think the award should be for the project team rather than an individual. Whilst I agree that the quality culture is driven by the project lead, the quality on site is managed, controlled and achieved by the team. Without the cooperation and hard work of the project team, we would not have won the award.

“On hearing of the award I was pleased for the team – a lot of hard work has gone into this project and it is nice to get some recognition. We also won a Considerate Constructors Silver Award this year, where we equalled the company record score – which was nice to receive.”

Speaking of key factors involved in winning the award, Russell commented that keeping a consistent management team on site is often half the battle.

“We have a dedicated project team who specialise in certain areas which ensure quality – for example our Quality Manager Tony Miller, who is responsible for internals and finishes, and Project Manager Paul Peverall, who is responsible for the building structures and the envelope. Both of these people are vastly experienced in their specialisms and have been with Rydon for over 20 years.

“I have worked with both of them for most of my time at Rydon – both above and below them in the management hierarchy – and trust them to deliver.”

At each stage of the project, the team offered benchmark inspections to establish quality standards and then worked towards delivering these.

Russell added: “We have an excellent relationship with our NHBC Inspector, Building Control Officer and Clients Clerk of Works and have honest, open discussions with them about issues we have.

Russell, who has worked in the construction industry for 13 years after obtaining a degree in Construction Management and starting as a Trainee Site Manager, concluded: “We received a phone call from our Construction Director and MD to congratulate the whole team on the award.”

The hospital site comprised a decommissioned children’s hospital and associated accommodation for nurses, which closed in 1996 and has remained empty ever since.

The original hospital building was first used as a hospital in 1870, with the creation of the buildings along Goldsmiths Row and later Hackney Road at the beginning of the 20th century. A series of alterations and extensions continued from the 1930s through to the 1970s.

The site is located in close proximity to two conservation areas and it is directly adjacent to the London Borough of Hackney, as well as Hackney City Farm and several Grade II listed properties.

Rydon’s development team led the project team in the production of a full detailed planning application for the scheme, involving cross-borough consultation, including a series of events that gave the local community the opportunity to comment on the design.

All homes will be compliant with the London Housing Design Guide, developed by the Mayor of London, and Code for Sustainable Homes Level 4. 30% of the homes will be designed as family accommodation and 10% will be wheelchair adaptable.

The development includes 116 homes including suites, penthouses and one, two and three bedroom apartments for private sale though Mettle & Poise. Beyond the walls of the striking retained facade sit sympathetic buildings with living spaces designed to reflect the aesthetics of the grand façade, while also providing the comforts and convenience one would expect from a modern London apartment.

The remaining new homes (43% of the scheme by habitable room), will be for affordable rent or for purchase through shared ownership. 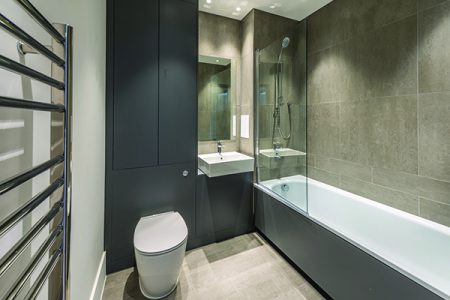 Initial works on the project included the demolition of existing properties on the site.

With a floor area of 6310 sq. m., the new nine-storey development features external elevations in facing brickwork incorporating rainscreen cladding, with external doors in aluminium and timber, and a combination of pitched and flat roofing,

External works include soft landscaping and upgrading access to the development.

The main works are due for completion in summer 2017.