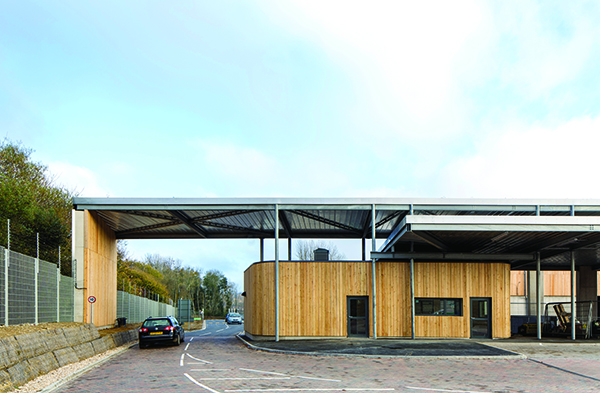 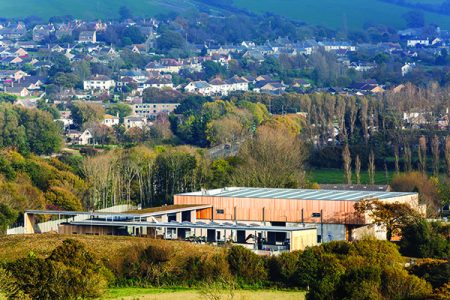 The Bridport Waste Management Centre at Broomhills in Bridport, Dorset, won recognition in the infrastructure category of the RICS Awards for the South West region. This has delighted the DWP, which was launched in April 2011 and brings together seven councils in an equal partnership to provide waste, recycling and street cleaning services across Dorset.

“The RICS commendation is fantastic. The design team, the contractors and the DWP worked hard to deliver a facility suitable for this sensitive location and this distinction recognises the hard work put into the project. Now the site is open we have also had a positive reaction from the public – despite the earlier objections of some residents to the construction of such a facility in this area.”

The centre was designed by architects Mitchell Eley Gould and was constructed by main contractors Raymond Brown Construction Ltd.

The new site provides essential facilities for the local community and the region. Bridport was previously served on a different site by a household recycling centre on a narrow country lane, which was impractical and discouraging to users, and by a temporary facility on a restricted site within the town.

The new development comprises of a household recycling centre, where residents deposit their unwanted and bulky waste items in various containers for recycling, composting or re-use by others, depending on the type of material. The waste transfer building – which is about the same size as a football pitch – receives the material collected at the kerbside from residents, which is dropped off at the barn ready to be taken to a larger recycling plant using articulated vehicles. 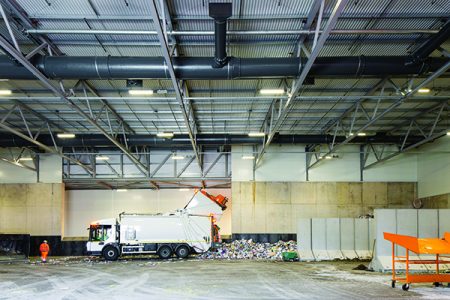 David Diaz continued: “The centre is located a short distance away from the Jurassic Coast at West Bay and is within a designated Area of Outstanding Natural Beauty (AONB), as well as a Site of Nature Conservation Interest (SNCI).

“For this reason the design had to be sympathetic to the local environment. This was achieved by splitting the two facilities – the recycling centre and the larger waste transfer barn – to break up the visual impact on the surrounding landscape. The construction features natural elements, including Siberian Larch external cladding and a green Sedum roof. The area around the facility buildings has also been heavily landscaped which, over the next five years, should grow and further reduce the visual impact of the structures.”