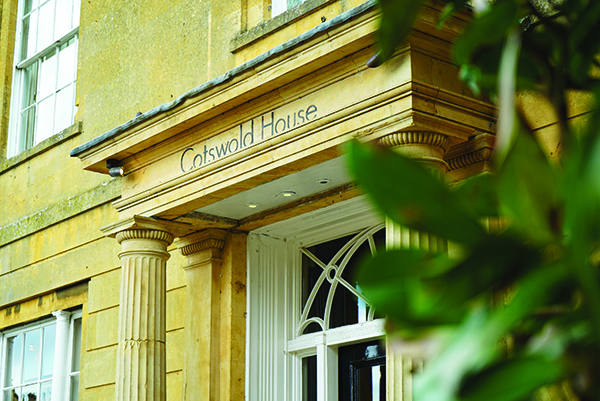 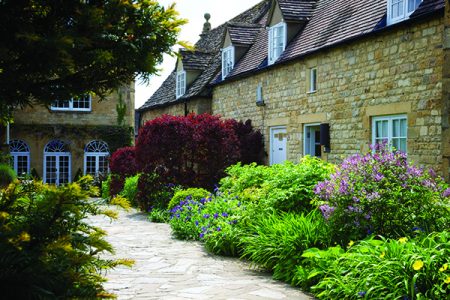 The Cotswold House Hotel in Chipping Camden has been undergoing a £1millon refurbishment project which will see the hotel go back to its roots as a traditional country house hotel.

Work undertaken on the redesign of the hotel has been undertaken by Bentheim Design.

Speaking to Premier Hospitality magazine, Managing Director and Designer at Bentheim Design, David Bentheim said: “We created the brief with the client to bring Cotswold House back to being that friendly, elegant and charming country house hotel.

“We have been working on the project for a number of months now to improve all aspects of the hotel by raising design standards to the previous first class standards.”

One part of the redevelopment has been the redesign of the restaurant. Set to re-open in mid-August, the restaurant offers visitors a fine dining experience in the heart of the Cotswolds. The restaurant provides the perfect setting for the hotel’s dedicated and highly talented kitchen team to demonstrate their considerable flair and imagination.

Bentheim Design undertook a simple summery scheme in the  redesign of the restaurant, highlighting the architecture  returning it to a more classical ambiance.

David added: “The restaurant has fine mouldings, classically proportioned columns and attractive arched windows looking out onto the courtyard and delightful gardens. It is a simple scheme in as much as it will include comfortable chairs, neutral walls with a hint of yellow, pretty gold-framed pictures and there is a huge gold mirror up above what used to be the fireplace. There will be a slight change of pace on the garden side where we have approached things slightly differently.” 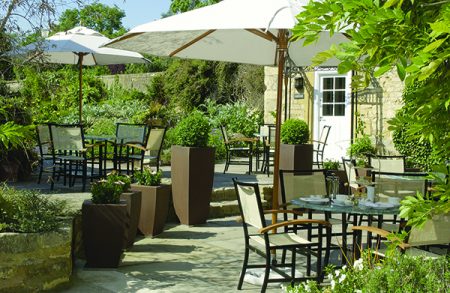 The restaurant has also been given a new name after the general public were tasked with naming the site. Once re-opened, the resturant will be called The Garden Room.

As well as an overhaul of the restaurant, Bentheim Design has worked to improve the general look and feel of the whole hotel.

“We have had to virtually rip it all out and start again,” said David. “We have improved and restored architectural features, architectural detail, have installed new artwork and are just generally doing a whole new job.”

The hotel has remained open during the refurbishment programme with many local residents commenting on the success of the work.

David added: “There are people using the hotel whilst the improvements happen bit by bit. There has been a great response from guests as well as locals, who felt that the atmosphere didn’t quite go with their expectations, who are now returning and loving it.”