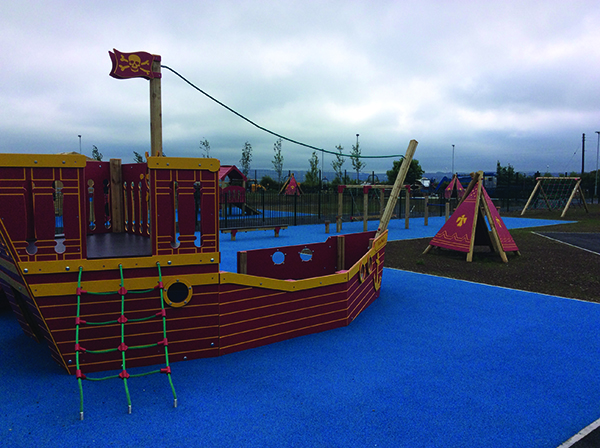 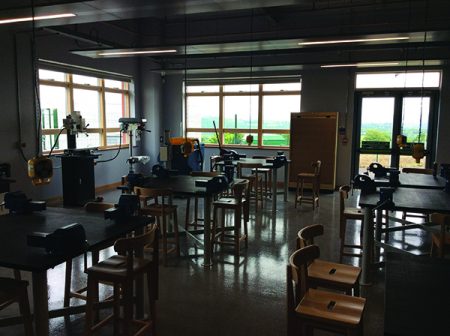 A flagship education scheme for Wales and Ceredigion County Council’s largest ever construction project, is a new-build, £25.7m 11,200 square metre school based in Llandysul in Ceredigion. Work on building Wales’ first purpose built 3 to 19 school, Ysgol Bro Teifi, started in October 2014 and has recently been completed.

The new school, which will open in September 2016, will see the merger of one Secondary school – Ysgol Dyffryn Teifi – and four primary schools namely Aberbanc, Coedybryn, Llandysul, and Pontsian.

The project shows a considerable joint capital investment by Welsh Government’s 21st Century Schools programme and match funded by Ceredigion County Council. The design and build contractors for the scheme was Willmott Dixon, and the project was managed by the Council’s Technical Services team, led by the designer and Project Manager of the school Allan Bailey, Principal Architect at Ceredigion County Council.

The project, which was completed on budget and two months ahead of schedule, involved the construction of a large two-storey building to accommodate over 1,000 primary and secondary school pupils.

The new development includes provision for both students and the local community, offering 700 secondary places for 11 – 18 year olds, and 400 primary places from 3 – 11 year olds. The new school will include a large hall, sports hall, kitchen and catering facilities, and 47 classrooms including science laboratories, as well as IT areas.

The design of the school has incorporated many sustainable features, including photovoltaic panels, and will make use of natural light and ventilation to help create an energy self-sufficient school. 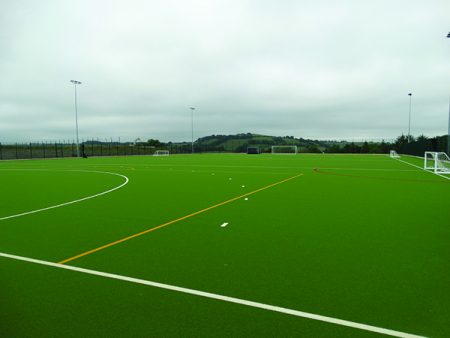 Councillor Hag Harris, Cabinet Member with responsibility for Learning Services, Children and Young People’s Partnership said: “The project is in line with the council’s education policy of modernising the education offered in the county and providing new state of the art facilities. In addition, the provision of community elements within the building will maximise the income generation opportunities for the school.

“Many of the older school buildings in the county were not compliant with modern building regulations and would require significant amounts of money spending on them from a maintenance perspective, and at the same time they did not provide dedicated facilities for subjects such as science, cookery, and woodwork. The new school will offer 21st century facilities and bespoke classrooms to add value to the education experience of students, and will help boost educational attainment.”

Allan Bailey, Project Manager for Ceredigion County Council said: “The project went very well and was almost a textbook example of smooth running construction. Works included the re-distribution of 250,000 cubic metres of earth to accommodate the cut and fill process, involving the creation of five different plateaux on the site, which has a 23 metre fall across it. A 2.5 acre corner of the site could not be used for ecology reasons.

“In addition the new school should help ensure a smoother transition from primary to secondary education for pupils who may previously have gone from a primary school with around 30 pupils to a secondary school with 700 pupils – which is a huge culture change. Designing the new school from scratch for pupils aged from 3 to 19, was an architectural challenge. Projects such as this don’t come along very often and it was a nice scheme to work on.”

The project commenced on site in October 2014 and was competed in May 2016.