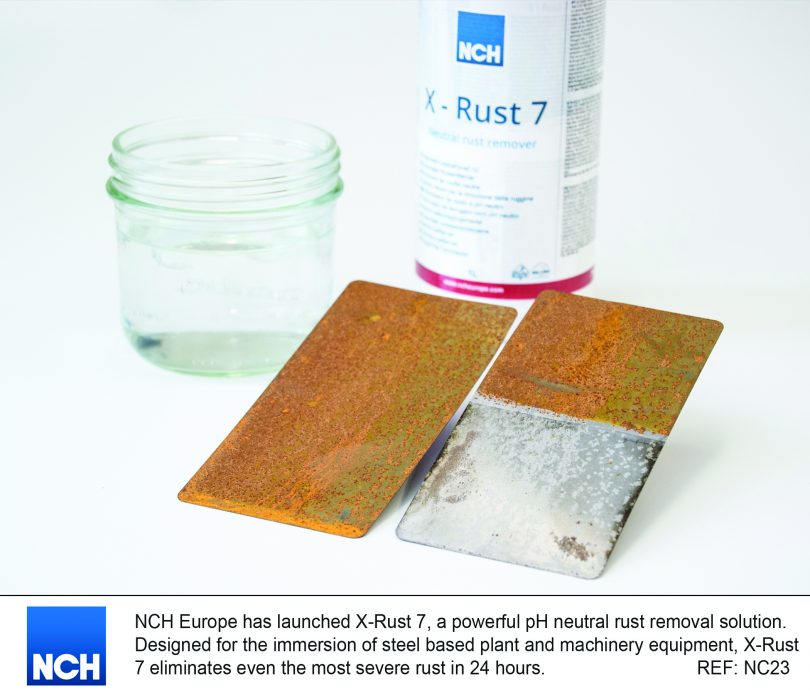 Rust: Out of sight but on the surface 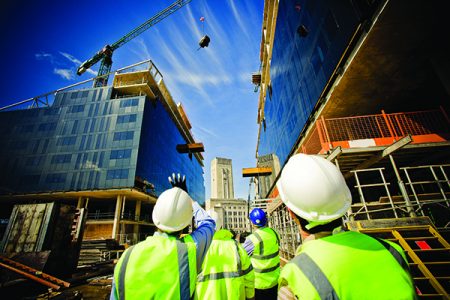 Did you know that rust costs every European country between three and a half and four and a half percent of GDP (Gross Domestic Product) every year? However, the good news for our economies is that there is a way of repairing the damage to even heavily rusted items. Here, Peter Crossen, VP of the Maintenance and Partsmaster Innovation Platform at NCH Europe, the water, energy and maintenance solutions provider, explains how the construction industry can save its economy from rusting away, using simple rust removal techniques.

First, allow me to put that three and a half percent figure in context. According to the World Bank Group, in 2013 nearly every country in Europe, including Germany, France, the United Kingdom and the Netherlands, spent less than three per cent of GDP on defence. Of the countries for which data is available, seven spent more than four and a half percent in the same year.

This means that, unbelievably, the total cost of rust in every industry is more than the global economy spends on defence!

The total global cost of rust is US $2.2 trillion per year, according to George F. Hays, the Director General of the World Corrosion Organization.

However, one could argue that the social and symbolic impact of rust is even more far-reaching. It has brought down bridges and buildings, crashed military jets, burnt down houses, rendered nuclear warheads unusable and nearly caused a nuclear reactor meltdown. In fact, it’s so significant to the global economy that author and scientist Jonathan Waldman has recently published an entire book on exactly this subject.

In the book Waldman points out that the Pentagon refers to rust as, ‘the pervasive menace’ and that the United States nearly lost the Statue of Liberty to the damage it can cause. Out of sight but on the surface, rust is a huge hidden cost for industry.

The cost of rust

Both deterioration of components and structures and the weakening of metallic bonds can have a huge impact in industries as diverse as the chemical sector, construction, manufacturing, petroleum, petrochemicals, pulp and paper and transportation, including railroad, the automotive sector and aerospace.

The primary impact is the cost of downtime and loss of productivity as well as the repairs due to rust damage, but there is also the cost of health and safety preparation and compensation.

Construction companies tend to identify rust damage as part of a lifting gear inspection regime, which is intended to ensure the structural integrity of chains. However, there is also significant cost associated with losing tools and other equipment to rust, as well as rust damage on the building itself.

Rust, which consists of hydrated iron (III) oxides Fe2O3·nH2O and iron (III) oxide-hydroxide (FeO(OH), Fe(OH3)), creates brittleness in susceptible structures and, given time, will bring a building to its knees. Even in its mildest forms it can create structural and compliance implications, which can be costly.

As a result, every industry should consider the impact of rust on its buildings as well as its equipment.

When replacing structural work, or component level equipment, businesses should also consider the additional cost of the metal itself. Raw material prices are increasing to the point that most manufacturers will have experienced scrap metal theft at some stage. If scrap materials are so valuable someone is willing to steal them, consideration should be given to safeguarding the materials that are used in processes.

There is also the impact on the reputation of the business whose property, equipment or goods are rusting. This isn’t a small issue either; and certainly not one for the technical teams to defer to marketing alone.

Imagine you are giving a tour of your site to a potential customer and they comment on the rusting equipment stored in the corner, or the structural work covered in the distinctive red-brown markings created by iron oxide. How likely is that prospect to convert into business?

The irony is that, in my experience, we are all blind to rust in our own buildings because it appears so gradually. Each time I tour a facility with a potential customer, I’m invariably able to point out problems they hadn’t noticed, in addition to the specific issue they called me in to deal with.

We can’t eliminate all of the costs or rust, no matter what measures we take to avoid it, but a percentage of that $2.2 trillion could be saved if we take action at an early stage. Even a small slice of such a huge pie could represent a big boost for most countries and, more importantly, for your business.

The answer to the problem of rust removal lies in surveying the application regularly to ensure that any problems or potential problems are counteracted at the earliest possible stage. When an issue is detected, the answer lies in choosing the most appropriate counter measure, provided you haven’t yet gone beyond the point of no return.

If the thing that is suffering from rust can be moved and is small enough to fit into a portable dip tank, then NCH Europe would normally recommend a product called X-Rust 7.

X-Rust 7 removes a light layer of surface rust in fifteen minutes, heavy rust in a few hours and severe rust during a twenty-four hour cycle. The product works at room temperature, comes in a cost effective 1:10 dilution, offers a temporary protective coating after use and is pH neutral.

Thanks to the pH neutral composition of X-Rust 7 it is non-corrosive and will not damage other metals, plastic, wood, glass or rubber components that comprise the piece of equipment on which it is used. It also means it is non-etching, safer for users and the environment and represents a time saving option because it doesn’t have to be neutralized before use.

X-Rust 7 is also economical to use and store because of its impressive 1:10 dilution rate and the temporary protective coat it leaves behind prevents flash rusting, buying the user time to apply a protective coating, such as NCH Europe’s Resist X Extra or HyZinc Extra.

Because X-Rust 7 can be used at room temperature, there is no need to bring into play expensive energy to heat the solution or dip tank and no need to have a heat source on site. This also means you don’t have to invest in a specialist heated or heat proof dip tank.

The bottom line is X-Rust 7 is easy to use and the results are clear to see. Most people struggle when they try to come to terms with the scale of a country’s defence budget. Most of us can’t even begin to visualize what the US $2.2 trillion that rust costs the global economy every year looks like. However, the real impact on your business is easier to come to terms with; it’s the cost of replacing and maintaining your structures and equipment, it’s the cost of downtime, damage and loss of productivity and it’s the cost of your reputation.