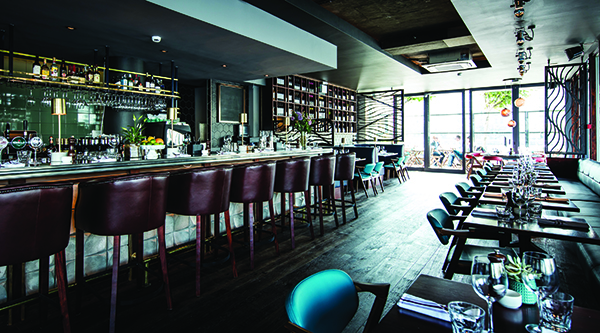 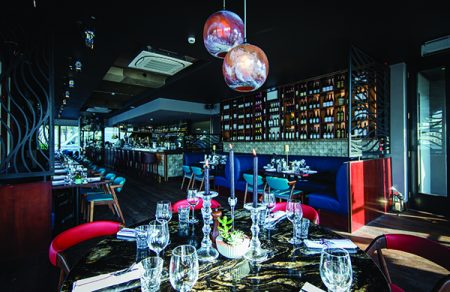 Conor and Mark Bereen, The Bereen Brothers behind the successful Dublin restaurant Coppinger Row are opening a brand new restaurant. Charlotte Quay is located at the Grand Canal Dock in the ground floor of Millennium Tower.

Speaking to Premier Hospitality magazine, Charlotte Quay Director, Conor Bereen said: “My brother and I have been in business for 12 years in the hospitality industry and we started off in bars originally, because that was the best opportunity available in 2004. We have had several leases on bars, opened a café several years ago and our sister restaurant, Coppinger Row, has been a huge success in Dublin since it opened.”

Charlotte Quay is a Mediterranean restaurant with influences from North Africa.

Conor added: “We are pointing the compass slightly more East. It’s an evolution of our current model.”

Work on Charlotte Quay began in May 2016 with work undertaken by main contractors Apollo Development.

“We have used them on the last few builds that we have done and they are great guys,” said Conor. “They are small operators and work very well. They are very talented guys and are a good team to have with a broad skill set.”

Charlotte Quay is located in a former bar that was built in 1999. The venue is situated within the Dublin Docklands, which is also home to Google, Air BnB and Facebook.

Conor commented: “It was built in 1999 so it is a perfect location for what we want to do. It needed the money to develop it, but the nuts and bolts and infrastructure were all there so it just needed the investment.”

Discussing the desire to create Charlotte Quay, Conor said: “We thought it was a good evolution for us. The market in Dublin is a frenzy at the minute so opportunities are few and far between and there are a lot of people wanting the same deals so you have to be a bit clever. With this one we thought it would be the right demographic and a good sister for Coppinger Row by bringing what we have already done well to the new restaurant.”

Conor and Mark have tried to bring the outside in and have used many of the outside industrial elements from the docklands into the design of Charlotte Quay. Personally designed 3D concrete tiles have been used along with concrete tones and elements such as leather and dark wood. A new floor has also been installed as well as 11 inch joists to give off that docklands feel.

Conor added: “We have tried to include elements that are associated with a more industrial feel, but at the same time we have given them softer edges. Our identity also follows a curved pattern with a unity between the inside and outside.”

The restaurant accommodates 60 covers with Conor hoping that the site makes diners feel “comfortable and warm.” He also hopes that diners “feel a central, yet timeless heritage.”

”We are very delighted with what we have got and we feel like we have really hit the nail on the head and we hope the product will follow through and have a successful business. It means everything to us. It has been my life for the past six months, day in and day out, seven days a week, so we are very excited about it.” 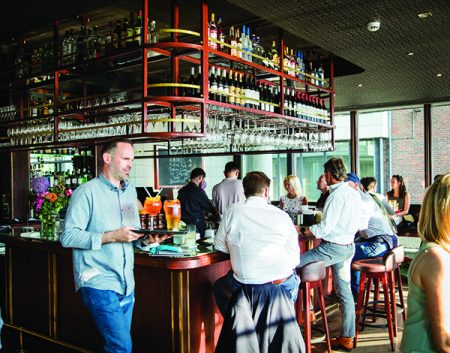 Treanor Contract Furniture has established over the last 25 years a successful business in manufacturing and supplying contract furniture for the hospitality industry. Within their extensive range of products, they provide fixed and bench seating, beech frame chairs and stools, cast iron and aluminium as well as solid wood and marble table tops.  They provided furniture for the Merchantile Group in Dublin, the Four Seasons Hotel in Carlingford, The Anchor Bar in Portstewart and Cobbles in Newry to name but a few.

Treanor Contract Furniture recently provided bespoke fitted seating and furniture for Charlotte Quay, and manufactured the specialised glass and steel rack that is fitted above the bar.

“Over 25 years we’ve offered the finest quality, first class service and prompt delivery all at realistic prices. We strive to ensure that throughout a project we deliver to you the highest level of service and quality.”

“Customer satisfaction is very important to us. We take great care establishing clear directories with our clients while working closely with designers to produce bespoke items to the client’s specification. Our extensive portfolio ranges from the classical through to the contemporary.”