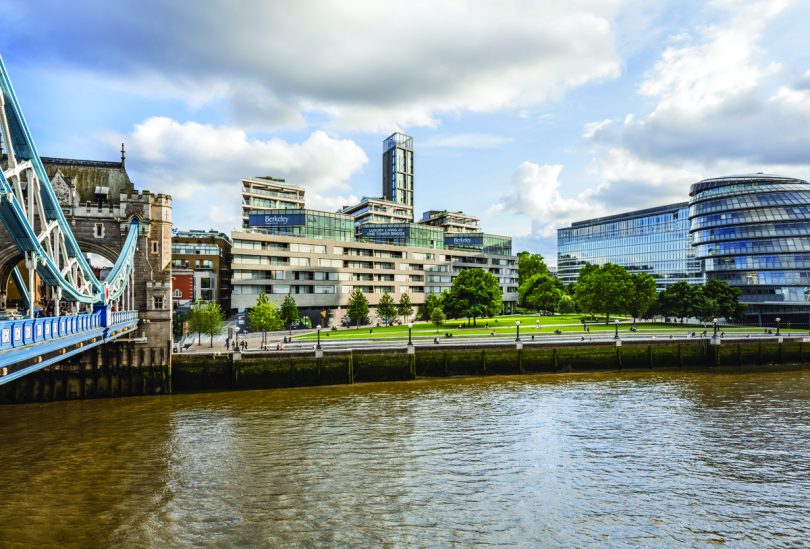 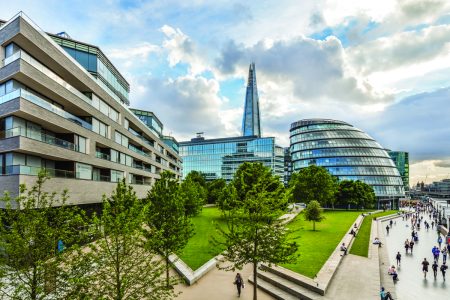 One Tower Bridge is located at one of the last great riverside sites in London and offers the epitome of five-star luxury living, with breathtaking views of Tower Bridge, the River Thames and the Tower of London.

The development is made up of eight unique buildings, each designed to complement the existing architecture in the area, from the traditional brick work of Shad Thames, to the ultra-modern More London. The development is mixed use and includes luxury apartments, restaurants, and retail units and will also house a 900 seat theatre, London’s largest new theatre for over 40 years.

Speaking to Premier Construction magazine, Damian Bates, Senior Project Manager at Berkeley Group said: “The development is made up of 417 apartments with retail units on the ground floor and a theatre. It is a mixed use development right next to Tower Bridge and City Hall, so is centrally located with stunning views.

“We started work on the project about five years ago and will be finishing the residential elements by Christmas this year. The theatre and retail units will then roll into next year and the theatre should launch in November 2017.”

Each apartment is built to the highest specification with exclusive facilities and services on site to meet every demand of contemporary living. The apartments range from 1 to 4 bedrooms and are built with their own Building Management System and AV System so residents can control the lights, heating, cooling and blinds from one central location. Many of the apartments also offer stunning views of either the River Thames, Tower Bridge, the City, The Shard and even Canary Wharf: a continual reminder that you are living in the heart of one of the greatest cities in the world.

The former brownfield site that the development is located on has also been transformed, with the development being made into an ‘open scheme.’ A new boulevard called Duchess Walk has been opened up, Pottersfield Park has been extended to make it bigger than it previously was, a statue of Deputy Mayor Sir Simon Milton has been revealed and a roof garden will be located on the roof of the theatre for private residents.

Damian added: “The basement at the development is also a high level fit out and includes a swimming pool, spa, saunas, steam rooms, gym, virtual golf and a business centre for the residents to use.”

One Tower Bridge is within walking distance of the city’s financial heart, and next to a string of world-class cultural attractions and first-rate transport connections.

Over 50% of the site is now occupied with residents praising the work of Berkley Group.

“We always speak to the customer after they have moved in,” said Damian. “As a region we currently have two live sites that are in the process of being occupied and at the minute we have a net promoter score of 75 which puts us higher than Apple and John Lewis in terms of how our customer satisfaction is viewed.

“For me the development has been good to work on. It has been a challenge but it has been hugely rewarding to look back at the finished apartments and development as a whole and see what we have achieved.”

For his work on the development Damian has been awarded his third NHBC Pride in the Job award. Damian was also awarded with a national supreme award two years ago.

Commenting on his most recent NHBC win, Damian said: “It is brilliant to win but it is a team effort, so it is great for the team as a whole to get that industry recognition.”