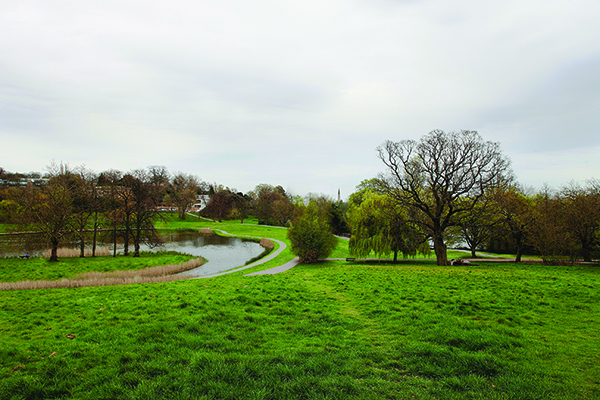 A new scheme for Hampstead Heath 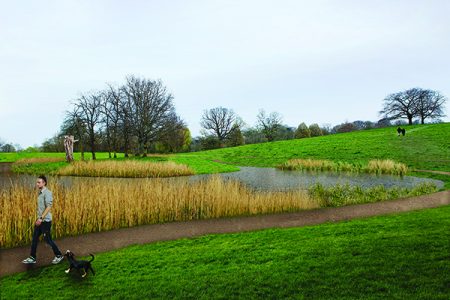 Hampstead Heath is one of London’s best loved green spaces, presenting 30 beautiful ponds. Up to 300 years old, the ponds appear natural however the majority are formed by man-made earth dams.

In-depth studies have shown that the existing earth dams on the Highgate Chain and the Hampstead Chain of ponds could fail in a large storm, putting lives, residential properties and infrastructure at risk. In light of this, a recent scheme has been introduced by the City of London in order to enhance the protection against flooding of the ponds and comply with reservoir legislation.

“We have followed the guidance that the engineers have produced and brought the dams up to the necessary standards.

“It was more than five years ago that we had the first indication that there was a problem with the dams; soon after we started to get reports that showed the size of the problem. Following this we had those reports checked and started an extensive programme of public consultation to try and tell the local people what we were going to do and why.”

A lengthy project as a whole, the Hampstead Heath scheme encompassed a lot of different stages, time and hard work from those involved. The actual dam construction commenced 18 months ago and is on track for completion in October this year.

“The aims were also to make sure that the project was designed in a way that the impact on the heath would be the very minimum possible. We have a responsibility to look after the heath and we take that very seriously, and therefore we put an enormous amount of effort into making sure that the engineering solution that we came up with had minimal impact.

“We have encountered challenges such as convincing people that there was a real need for the work – the level of storm that we were experiencing at the time meant it was too risky to not put these preventative methods in place. We couldn’t risk that in the event of such a storm the dams could overtop; the risk of overtopping meant that the dams – because they’re made of earth – would erode. If water flowed over the top it would cause the dam to collapse.

Another one of City of London’s key objectives with the project was to improve the quality of the water in some of the ponds, by installing different aerators. New planting has also been added to the site, both in the water and on the land, resulting in a more aesthetically pleasing heath.

“Also when we started the work, we wanted to get the local people’s confidence but we wanted to do it properly, so the way we wanted to go about it was sympathetic to life on the heath. Given that we’re at the end of it now, I think we have achieved that.”