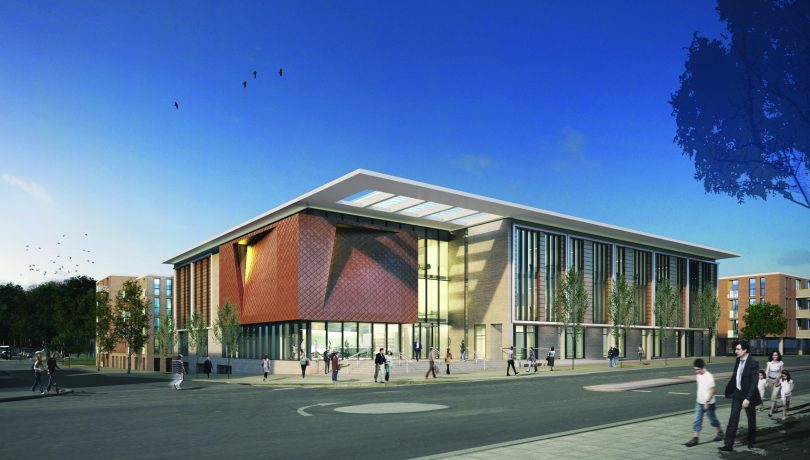 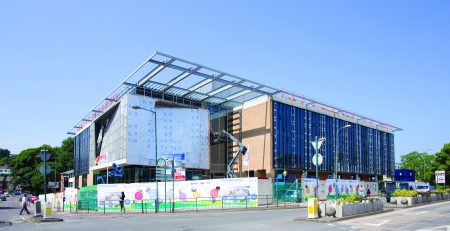 The town of Hemel Hempstead has undergone a huge transformation in the way of a regeneration development with around £30 million invested into the project.

This is the most recent and successful attempt in modernising the town by the council. An attempt was made between 2007 and 2010 to get a very ambitious regeneration project going but due to the credit crunch it was unable to be implemented. This caused the council to change their approach.

“I arrived in 2010 and my task was to deliver regeneration in the town centre,” said Mark Gaynor, the Corporate Director of Housing and Regeneration of Dacorum Borough Council. “We changed the approach and started off with a town centre master plan which looked at everything from the Old Town through to where the civic zone is to Marlowes shopping area.

“At that point in the economic cycle we were certain that the only way to get things moving was to do it ourselves. We decided we would stimulate a whole range of improvements going in.”

The whole regeneration project was done in stages as a way to keep disruptions to the town and its inhabitants at a minimum.  The historic Old Town was restored first. Next was Marlowes shopping zone (working with contractor Greenford Ltd) which was linked to a new Bus Interchange, the Jellicoe Water Gardens and The Forum, a new shared services hub. Marlowes shopping zone was completed after 18 months with no closure to its shops and now has a surface jet fountain, a series of linked children’s play features including a trampoline area and the glass-topped Rainbow Stage for performing.

The Marlowes Shopping Centre and some of the surrounding shops were bought by Capital and Regional in February 2016 who invested over £50 million into that area.

Whilst the upgrades to the main shopping area were underway, work on the bus interchange was also happening. “What we would like to do is to introduce a family based evening economy. As part of our deal with R G Carter and Endurance Estates we are working to create a cinema/restaurant on the old bus station and market square site. In order to do that, we had to speed up process on the bus interchange,” said Mark. Finished earlier this year, the modern looking interchange includes a series of bus shelters with real time bus information for the first time. Along with this there is a ticket office on Marlowes with large screen containing all of the bus stop information. Residents and commuters alike have been very happy with the improvements.

Currently under development is the restoration of the Jellicoe Water Gardens that runs parallel to the main shopping area. “Part of the overall regeneration plan was to bring the Water Gardens and Marlowes together,” said Mark. The Gardens are a diversion of the River Gade, which allows it to run through the town centre. 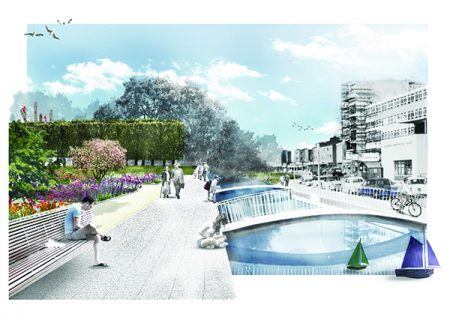 It was the famous New Town designer and landscape architect Sir Geoffrey Jellicoe who originally designed the Water Gardens. Dacorum Borough Council has worked with its contractors for the Garden, Casey, to restore the Gardens to their former glory, focusing on bringing them back as closely as possible to the original design. In conjunction with a £2.4 million grant from the Heritage Lottery Fund and the Big Lottery fund, Dacorum Borough Council invested a further £1.2 million itself. Included in this plan are new bridges and a community building, along with an innovative children’s play area and a restored flower garden, designed originally by Jellicoe’s wife Susan. This part of the regeneration project will be completed later this year.

Also due for completion later this year is The Forum, Hemel Hempstead’s new shared services hub, which also contributes to modernising and updating the town. “We wanted to make it a community asset that just happened to also house the Council’s offices,” said Mark. The ground floor of The Forum is designed as a large, open plan atrium with a café with space for the Council and the voluntary sector. “A partnership was developed in particular between us and Hertfordshire County Council, whereby a brand new central library would be the main feature on the ground floor, with the registry service above,” said Mark.

The first floor of the new building will have a range of meeting suites that will be available for hire for the public as well as for use by the Council. Along with housing the local council from January 2017, a good voluntary sector presence will be part of The Forum’s occupants. The Citizen’s Advice Bureau will be the main body there providing independent advice for those that need it. There will also be two smaller charities, including Dacorum Credit Union, that will be available on site.

Along with the building itself, there are residential plans for a five or six story accommodation around The Forum. “We should be starting work next year on the first of 207 apartments,” said Mark. “Endurance Estates are leading on the residential side. The apartments will have one-for-one parking and 35% will be affordable housing, with 75% of those available for rent.”

The importance of the project is not lost on those involved. “The town as a destination will be more popular as it will be much more leisure oriented. It’s something to be proud of,” said Mark.  “I do feel immensely proud of the Council’s achievements and my team’s part in it. Huge credit must go to our elected Councillors who have had the faith and vision to proceed with this ambitious programme.”