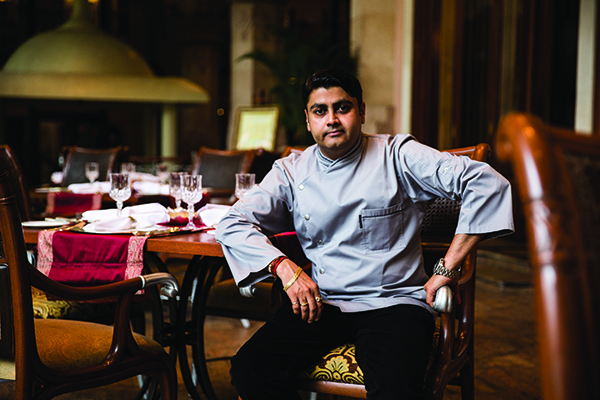 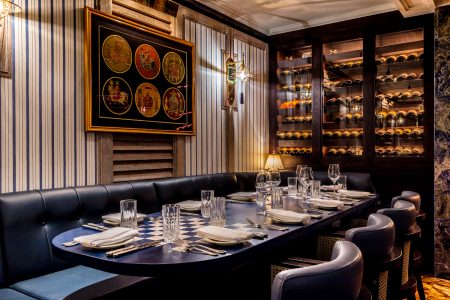 One of the most successful restaurant brands in India is venturing abroad for the first time as it opens in London this November. Jamavar, the signature Indian restaurant by The Leela Palaces, Hotels and Resorts, will open on Mount Street in Mayfair.

Named after the intricate and vibrant 16th century shawls of Kashmir, the first Jamavar opened in 2001 at The Leela Palace Bengaluru. In the time since it has expanded to New Delhi, Chennai, Goa and Mumbai. The London restaurant will be the first outside of India and marks the beginning of a new chapter for the brand.

Traditionally, Jamavar is a celebration of the very best Indian cuisine. Dishes incorporate ingredients found across the country, from the Royal Kitchens of the North to the rivers and shores of the South. At Jamavar London, the kitchen team will be led by Executive Chef Rohit Ghai who has spent six weeks in India conducting research in preparation for the November launch. Rohit has an excellent reputation in the hospitality industry and has been involved with several Indian Michelin starred kitchens, the most recent of which was Gymkhana.

While still reflecting the traditional essence of Jamavar, the London menu will be evolved and adapted to suit the sophisticated palate of London diners. Smaller sharing plates will be an exclusive addition to Jamavar along with signature classics such as Lobster Neeruli, Sindhi Gosht and Coconut Payasam.

Set across two floors, the restaurant has been designed by Fabled Studio and takes inspiration from the Viceroy’s house in New Delhi. Accents that draw on the ancient games of India with Chaturanga dining tables will be combined with the vibrant colours of Jamavar shawls, rainforest emperador marbles, dark timber panelling as well as a mirror embellished bar in celebration of the Indian textile techniques.

London based Fabled Studio was founded in 2011 by Tom Strother, Steven Saunders and Simon Gallagher. The firm specialises in hospitality, retail and commercial residential design. Previous Fabled hospitality projects include Bonnie Gull Seafood Shack, Cartizze Bar and The Luggage Room in addition to working on establishments for Heston Blumenthal and Gordon Ramsay. 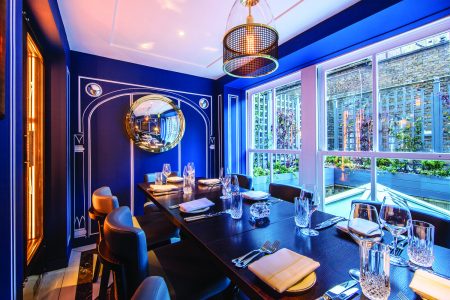 WFC was the main contractor on the project.

Guests looking for a more reserved experience will be able to use a private dining room for up to eight diners with a personal wine vitrine and views of a beautifully plant private garden.

The Leela Palaces, Hotels and Resorts is an award-winning collection of luxury hotels across India. Operated by Dinesh Nair and his daughter Samyukta, the family run business has won numerous accolades during its history. Respected magazine publication Travel + Leisure ranked the company the fifth best hotel brand in the world.

Key to this success has been the blend of luxurious accommodation with high end cuisine. Individually Jamavar restaurants have received recognition across the globe from top critics. A longstanding partnership with Lufthansa Airlines means a taste of Jamavar dishes are offered to First and Business Class passengers on Germany to India routes.

London boasts some of the best Indian cuisine outside of Asia. Those looking for a taste of the sub-continent can sample an eclectic mix of cooking, from modern twists on traditional curry dishes to classic grilled meats. The people behind Jamavar London are confident the restaurant will be a welcome addition to this ever growing genre, successfully combining established Indian heritage with a highly talented kitchen team, striking interior and an enviable location.

Positioned on Mount Street in Mayfair, the restaurant will be in illustrious company. The district houses the largest concentration of five star hotels in London, as well as a substantial number of high end residential properties and upmarket shops.