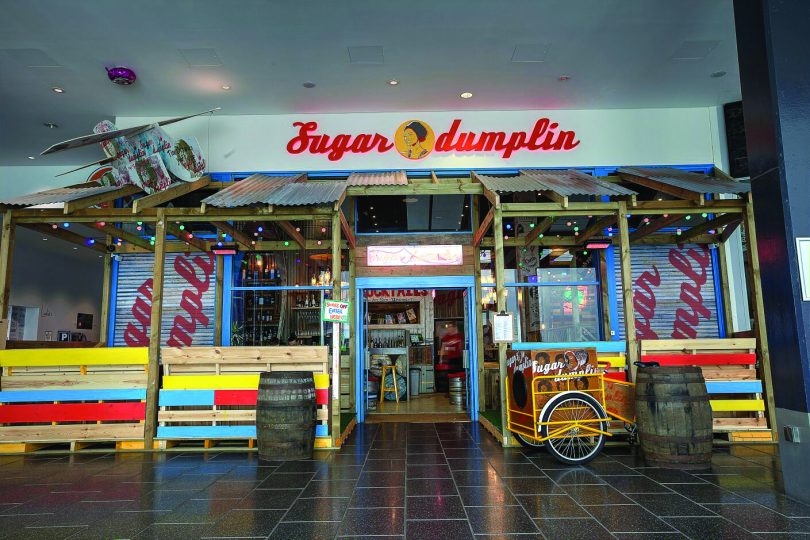 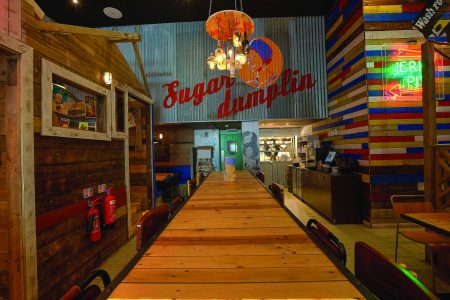 Growing from strength to strength, the Sugar Dumplin chain, imaginatively themed on all things Caribbean and now open in five locations, has built its popularity on combining the ultimate relaxing laid-back venue together with a delicious menu.

The Caribbean BBQ & Bar is now open in Glasgow, Camberley and Kingston Upon Thames with a further venue in Wembley now on site – all designed by A10 Architects on a theme including laid-back candle-lit beach huts, scattered with soft cushions and snug blankets and enhanced with a generous serving of dishes including delicious spicy jerk-chicken, slow-cooked tender pork ribs or curried goat with rice and peas.

The fit outs for all of the Sugar Dumplin schemes have been carried out by Universal Projects, who have been praised for the high standard of their work.

Darren Glennie, managing director of A10 Architects said: “The theme of the design for all the venues is a de-constructed beach effect interior with an eclectic mix of materials and features reflecting Caribbean history and culture – including images of the ‘Windrush’ – the first boat of Caribbean immigrants to land in the UK.

“We have also used lots of ex-stock and salvaged items, with every effort being made to make the design as realistic as possible. The authentic appearance of the venues has also been praised in customer feedback.” 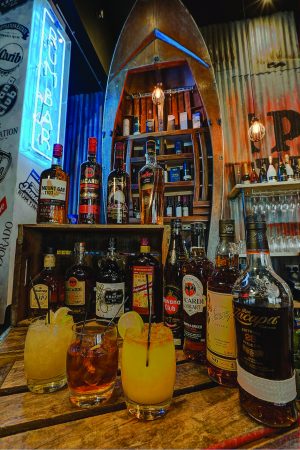 The Wembley venue, which is in a shopping mall, with views over the adjacent Wembley Park Boulevard and Wembley Stadium, is being created within the shell of a former designer clothing outlet. The project comprises a full fit out from shell state to provide a kitchen, dining room and bar.

A particular feature of this site is the addition of a row of beach huts incorporating bench seating and tables, located at the restaurant entrance on the concourse of the mall.

Internally, the double height space, allows for extra-large bespoke graphics by artist Trafford Parsons, who has worked on all the Sugar Dumplin restaurants.

“Again, the overall colour palette is best described as Caribbean beach front shades – an eclectic colourful mix enhanced by vibrant lighting,” says Darren Glennie, adding that the project is going well on site and is due for completion before Christmas.

At Kingston upon Thames, the smallest of the Sugar Dumplin venues, which was completed in August, the project included the refurbishment of an existing venue. “The highlight of the interior was again the beach huts providing a focal point within what is a relatively small space. This is further enhanced by bold lighting on the bar, together with the use of graphics to maximise the space” said Darren Glennie.

In Camberley – the second Sugar Dumplin restaurant to be completed for the chain – the project comprised the refurbishment of an existing restaurant unit within the Atrium Shopping Centre. “This project was also pretty much a full fit out with one of the design highlights being a Caribbean ’shack’ entrance feature leading through from the mall and visually breaking up the retail frontage. This feature presented something of a planning challenge regarding fire regulations, but we got there in the end,” said Darren Glennie.

In Glasgow’s Princess Square Shopping Centre, the project involved the transformation of a former Chinese restaurant.

“This venue is similar in design, but distinctive in terms of the interior ‘layout, with customers entering into a ‘beach hut’ style area before progressing through the bar and finally to the beach themed area with its beach huts. 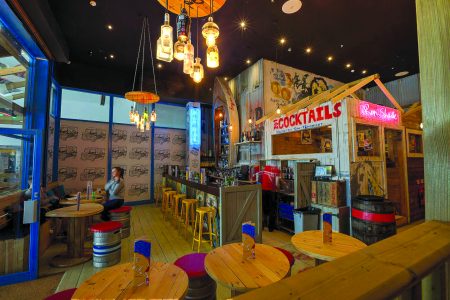 Lighting is a particular design highlight of this interior, featuring individual lights made from reclaimed bottles and jam jars, as well as bespoke bottle chandeliers.

Darren Glennie concluded: “All of these projects have been fun to work on, as we have been able to inject our creativity into the schemes. We also have a particularly good six year relationship with the client. This has allowed us to accurately understand and interpret their needs.

“Universal Projects, who have carried out all the Sugar Dumplin fit-outs have done a brilliant job on each one – on time and on budget. They are very versatile company and we are using them on other schemes too.”