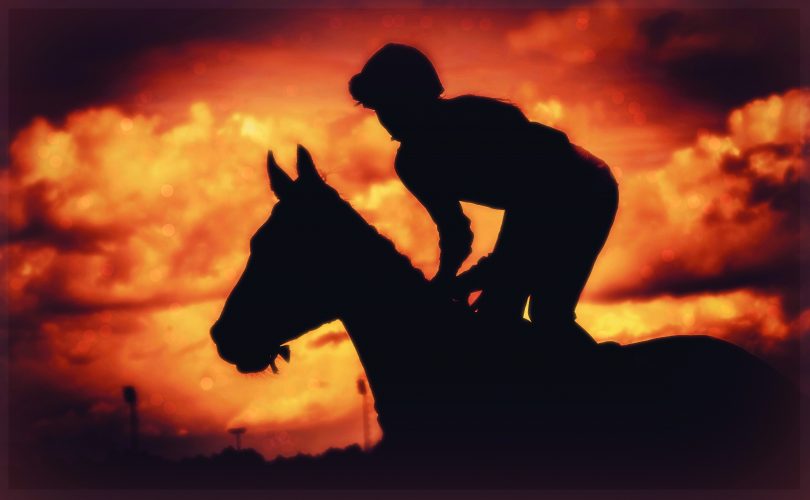 The National Horse racing Museum in Newmarket is now welcoming visitors after a grand opening at the start of November. As part of Newmarket’s £15 million National Heritage Centre, the museum is one of three new features at the facility alongside the National Art Gallery of British Sporting Art and a flagship home for the Retraining of Racehorses charity.

Located in the heart of Newmarket, the new facility utilises the remains of King Charles II’s Grade II listed sporting palace and the adjacent Rothschild Yard stables. A complex rebuild, involving conservation architects and English Heritage, was undertaken to create an attraction sympathetic and appropriate to the building’s previous life.

Designed by Mather & Co, a multidisciplinary design consultancy based in Chester, the new museum is found in the old Trainer’s house and features a number of elements that contribute to the innovative exhibitions. Central to the new gallery is the significant spine wall, in front of which sits a multi-dimensional object and graphic display called Mileposts.

The original museum was opened by the Queen in 1983 and it was only fitting that Her Majesty return to officially open the new museum. The origins of the project can be traced back to 2005 when it became clear more exhibition space was needed to house a growing collection. The hope now is that eleven years later the new development as a whole will cement Newmarket’s standing as the international home of horseracing.

Obviously, a museum is only as good as its exhibitions and at the National Horseracing Museum there are multiple informative and innovative features mixed with traditional displays. ‘A National Passion’ is a gallery that traces the connection between horseracing and the royal family, from James I to the present, using paintings and artefacts such as jockey silks and trophies. It also looks at how the sport grew into the international export it is today.

The ‘King’s Yard – Pivotal Simulator’ contains an equine simulator to demonstrate how jockey riding styles have changed from a seated positon to the crouch style and how this affects weight distribution, rhythm and aerodynamics.

The health of horses is covered in ‘The Horse Comes First’ where visitors can interact with veterinary instruments of yesteryear and learn more about the treatment of injuries in racehorses of the modern era. An exclusive interview with broadcaster and horse enthusiast Claire Balding in ‘Sporting Glory’ explores special memories from the past and present.

Retraining of Racehorses is the official charity for the welfare of horses who have retired from racing. The new flagship site at Newmarket will allow visitors to see former racing favourites up close and develop a better understanding of how the retraining process takes place. Polo, show jumping and equestrian are just some of the activities horses are retrained to be involved in.

Open Monday – Saturday, 10am till 5pm, the National Heritage Centre is easily accessible by train and car. The Tack Room restaurant can accommodate 84 people inside and out, serving classic British dishes all day using the best local ingredients on offer. At night the space is transformed into an elegant restaurant, wine and cocktail bar with a particular emphasis on fresh fish and seafood. The Tack Room is complimented by an onsite bakery serving delicious, freshly baked cakes and bread.

Mather & Co. specialise in museum, visitor attraction and exhibition design offering a flexible service tailored to the needs of each client. In addition to working on the National Horse racing Museum, the company has worked on The National Football Museum, The Olympic Museum and the Wimbledon Lawn Tennis Museum.