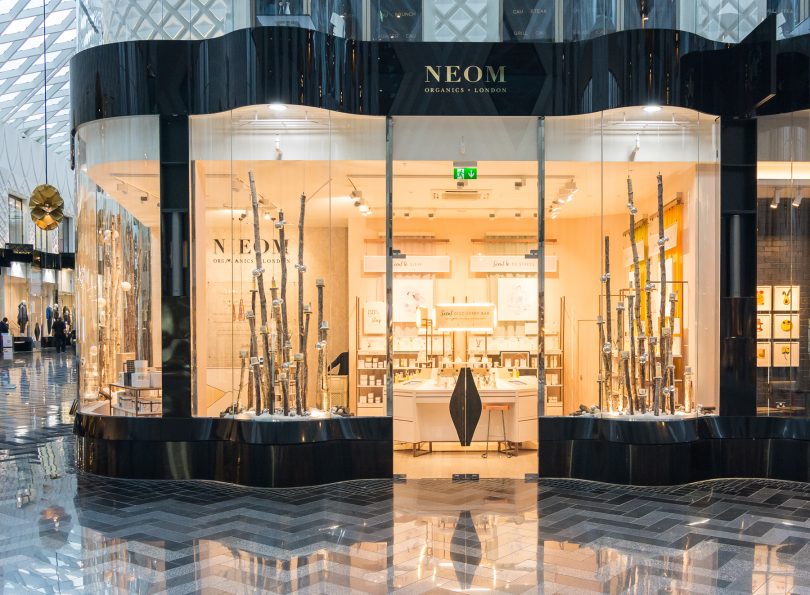 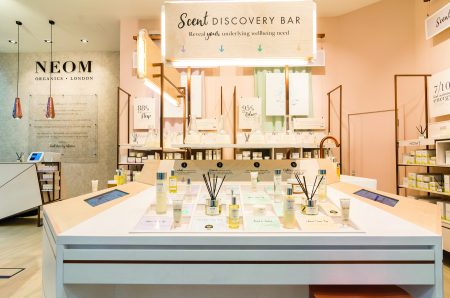 After launching its first store in London just two years ago, wellbeing brand Neom Organics has now expanded with a second site, this time in the north of England. Established in 2005, Neom specialises in producing 100% natural fragrances that help with sleep, stress, energy and mood-lifting.

The company originally grew with the sale of its products by high end retailers both in the UK and internationally before the London store opened in Wimbledon village in 2014. As part of the £165m Victoria Gate development in Leeds city centre, the new Neom shop will be alongside some of the biggest names in retail.

At 700 sq ft with a double fronted glass entrance, the shop is in a prime location to attract a high volume of footfall opposite John Lewis and next door to Pret A Manger. CEO Oliver Mennell spoke to Premier Retail about reaching the northern market and what customers can expect:

“We heard about the new Victoria Gate development and an opportunity arose. Obviously it is being anchored by John Lewis and there are a number of retail stores in the complex. We’re based in Harrogate so for us it is a local store and mapping out our customer base outside of London, Leeds and the surrounding areas is the single biggest area where our consumers are. It made a lot of sense to position a second store there.

“The brand is based around the fact we use 100% natural ingredients and we want to reflect that in the materials and palette range that we use within the store. In the Leeds store we have natural wood flooring using a very light coloured grey oak. The walls are very paired back and we paint them to take on the effect of almost plaster like a raw stripped back effect. All of our furniture is made of a lightly white washed wood and we accent it all with copper.”

“We have refined the whole customer journey within the Leeds store and made it even more experiential. We’ve added in the really cool Scent Discovery bar where people receive a personalised consultation. We encourage all customers to experience this so they can discover their underlying wellbeing need before they shop. We’ve tried to make it as experiential and interactive as possible.”

While the store opened as scheduled along with the rest of the Victoria Gate development, the project’s biggest challenge was working to an incredibly tight schedule. The hard work and stress has been vindicated by a strong opening, the promise of Victoria Gate itself and prospects of further growth. 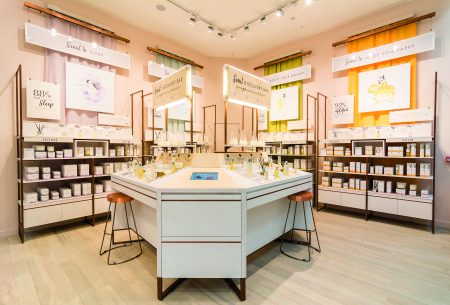 “It was quite challenging in that we had three and half weeks to go from a shell of a store to being a fully functional store that was opened in line with the Victoria Gate scheme. My team was virtually doing 18 hour shifts a day for two weeks to get it open and they did a marvellous job.

“It is vitally important. This is probably the single biggest shopping development in the north of England for decades and it’s the biggest John Lewis outside of London. The retailers that are in there are very well established and we are opposite some of the best fashion companies in the world.

“For us it was about opening the store with excellence, having a team that could hit the ground running straight away to help build a northern customer base. The reason we wanted to allow ourselves just under two years trading out of Wimbledon was so that we could carry all of that retail knowledge built up straight into the new store.”