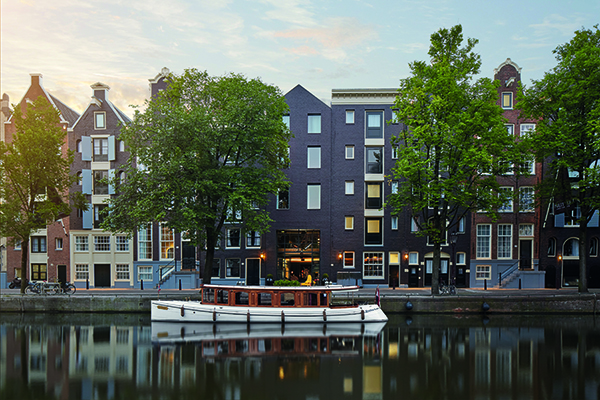 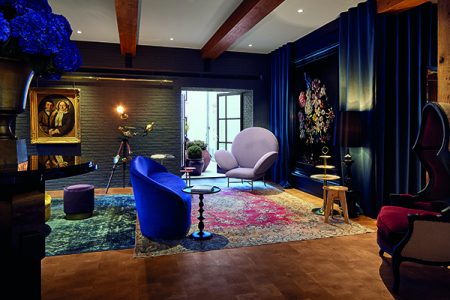 The historic Pulitzer Amsterdam hotel completed the extensive restoration of its 25 Golden Age canal houses this summer and has been receiving rave reviews ever since. In a phased project, the new design was initially unveiled on the Keizersgracht canal side in February, and the hotel celebrated its Grand Opening following the reopening of the Prinsengracht canal side in August.

Initial preparations for the work began in October 2013 with a great deal of time invested in planning and design. Jacu Strauss, Creative Director on the project, spoke to Premier Hospitality about the work:

“We started discussing the project very early on. The property is very unique so it was important that we agreed a clear concept in the beginning to follow through to completion. I spent a lot of time in Amsterdam to understand not just the property and its complexities, but also to live and breathe Amsterdam life.

“The Pulitzer is in one of the most idyllic locations in Amsterdam. We wanted to make sure that the new design complements the rhythm of the city and invites locals to enjoy its public spaces too. The hotel formerly had an international style that was more that was more suited to visitors to the city, but we’ve introduced quintessential Dutch design and celebrated the hotel’s heritage to appeal to both guests and locals alike.”

A total of 225 guestrooms and suites are now available, each individually designed to balance Amsterdam’s rich past and contemporary present. The furniture used is an eclectic mix of styles and no two rooms are the same.

For Jacu though, the most significant new feature is the new entrance building:

“This is the first new building since the canals received UNESCO status six years ago. It is a contemporary silhouette in memory of the building that may have once stood there, we’ve carefully considered the traditional brick design to ensure it blends in with the neighbouring historic buildings.”

“The elegance of Amsterdam is underrated. I loved immersing myself in the city and gaining inspiration for the hotel’s new design. Pulitzer Amsterdam is the ideal starting point to discover the city. Every canal house has its own story, and I am extremely proud that I’ve been able to bring these to life.” 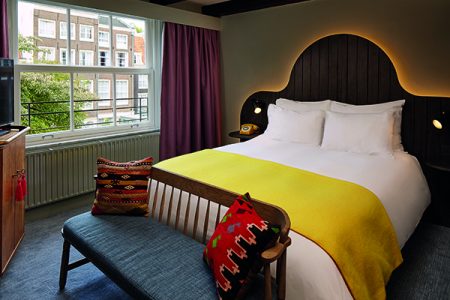