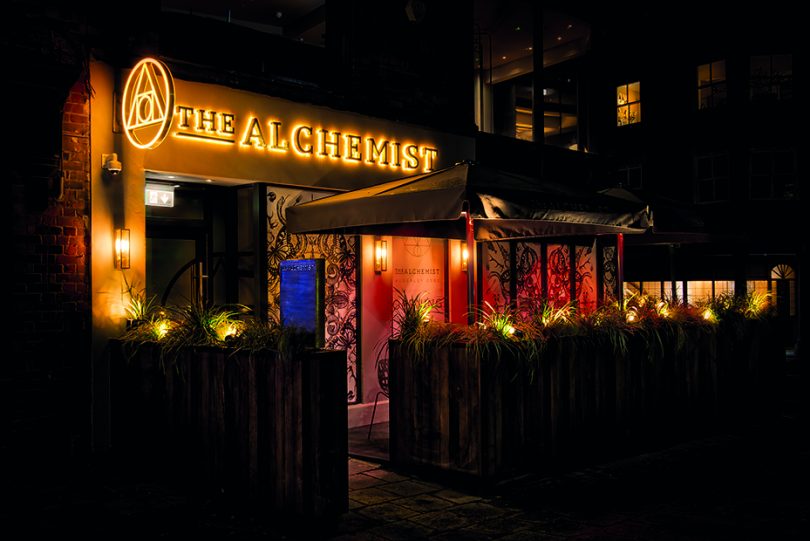 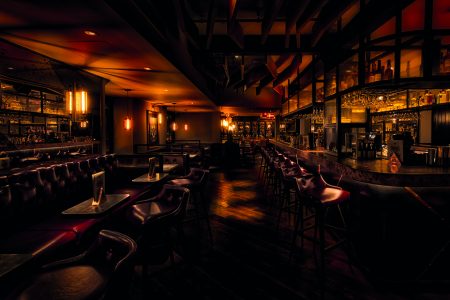 Popular bar and restaurant concept The Alchemist has expanded out of its traditional city location with the opening of its Alderley Edge venue. The bar, renowned for its creative cocktails and dining menus in cities including Manchester, Leeds and Liverpool, has made its debut in suburbia with the site set in the heart of the village, where the former Grill on the Edge once stood.

The new venue is spread across two floors and has a maximum capacity of 150, with the restaurant housed in the building’s conservatory. A management team of four headed up by manager Dave Rotherham – who has worked for The Alchemist in Spinningfields and New York Street – was tasked with overseeing the site. Nottingham-based interior architecture and design studio Macaulay Sinclair designed the space.

Upon arrival at The Alchemist Alderley Edge, the eyes of guests are immediately drawn to the stunning two story glass façade that goes a long way to making the location stand out on the high street. A heated terrace provides the option of dining outside and will no doubt prove highly popular when summer comes back around.

The previous restaurant interior has been completely ripped out, with booth seating on one side and leather couches on the other. The main decoration is found within glass cabinets around the edge of the space which house potion bottles and apothecary trinkets. Prints by popular artist Dan Hillier have also been incorporated within the interior.

As with all Alchemist venues, the heartbeat of the Alderley Edge location is the bar. In this instance a central island bar on the ground floor gives the bar team the chance to create a sense of theatre for customers. Best known for its experimental cocktails, The Alchemist drinks menu is modelled after the periodic table and includes further nods to the science industry by its use of flasks and Bunsen burners.

A smaller bar area, which is available for private hire, is situated on a mezzanine overlooking the bar below at Alderley Edge with a capacity of 55. Food will be served from 9am till 10:45pm seven days a week, meaning breakfast, lunch and dinner are covered. Classic favourites like House Burgers and Fish Finger Sandwiches are mixed with more exotic dishes such as Duck Hoisin & Cucumber Wrap, Japanese Ramen and Chicken Katsu Curry.

Unlike city centre locations, The Alchemist Alderley Edge will be open on Boxing Day offering locals a welcoming festive haven.

“We’re thrilled to be bringing The Alchemist to Elderly Edge. Some residents are already familiar with the brand from our Manchester sites and we’ve had a huge amount of enquiries and enthusiasm for the development. We believe it will be a welcome addition to the bustling social scene in the village and are excited to immerse ourselves in the local community.”

By expanding into Alderley Edge, The Alchemist is joining an illustrious list of culinary powerhouses who have set up in the area over the past few years. The village, located 15 miles south of Manchester, is currently home to an eclectic mix of establishments including Lebanese and Syrian specialist Yara Restaurant, French brasserie and traditional pub combination The Oakwood and Italian restaurant brand Gusto. 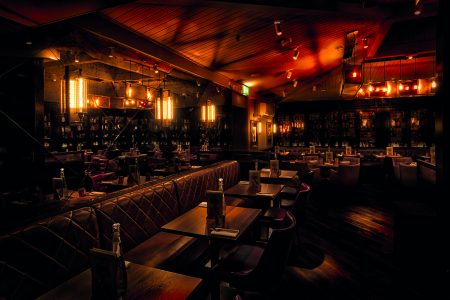 Founded in 2003, Macaulay Sinclair specialise in offering a bespoke service to create handcrafted spaces for the hospitality industry. Committed, responsive and focused, the interior architecture and design studio are excited by the meaningful and insightful, and believe in being distinctly different. In addition to a long standing relationship working with The Alchemist brand, the firm has worked with Byron, Ember Yard and Wagamama. Macaulay Sinclair are open, honest and accountable – committed to working in partnership with clients taking a hands-on approach to shape their vision.

The first Alchemist opened in Manchester’s Spinningfields district in late 2010. The brand is a standalone business under the Living Ventures’ umbrella and currently has eight venues nationwide with further sites set to open at MediaCityUK, Newcastle and Oxford in 2017. The Alchemist has been recognised as one of the fastest growing privately owned UK companies in the Sunday Times Fast-track survey. The company has projected turnover of £21 million for this financial year and employs over 350 people.

Originally founded in 1993, the Living Ventures’ Group are a proud operator of some of the most exciting brands in the UK restaurant and bar market, winning numerous awards during its time in operation. Current brands include Artisan, Australasia, Blackhouse, Gusto, Manchester House and Red Door.